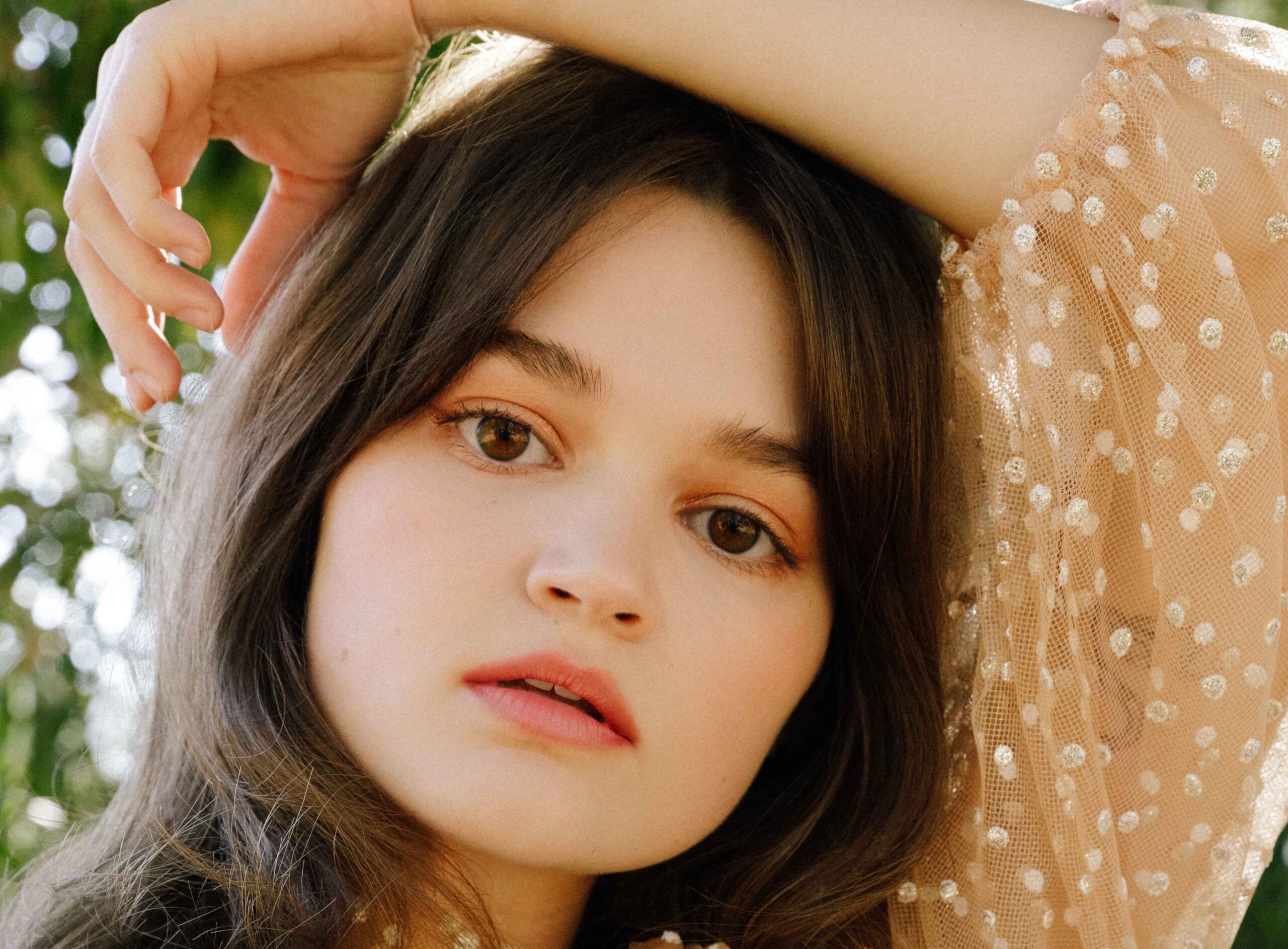 I never considered acting a feasible option growing up,” insists 23-year-old Cherry star Ciara Bravo. But that changed when an agent approached her mother at the Alexandria County Fair in Campbell County, Kentucky, inquiring about then-nine-year-old Ciara’s potential in acting or modeling.

A year later, Bravo began traveling to Los Angeles with her mother, for three weeks at a time, to audition for roles — always making sure to be home in time for summer camp. Camp anchored and balanced her between appearing in her first major role, the Nickelodeon show Big Time Rush, and her life with friends and family.

“Both of these versions of Ciara are still Ciara. But they just exist so differently in these different worlds,” she says, speaking from the home of one of her camp counselors. “I was lucky enough to have incredible counselors and wonderful friends that always kept me grounded and weren’t afraid to keep me humble in the best way, in the way only your friends could.”

Bravo soon found herself steering toward serious-minded stories. She appeared in 2014’s TV series Red Band Society, about hospitalized teens, and the 2017 feature To the Bone, about eating disorders. She also has a brief role in the upcoming indie film Coast, which was produced with help of MovieMaker Production Services, about a teenager drawn to a traveling punk rock band that stops in her small town.

Cherry combines all of her interests. The Russo Brothers film, based on the novel by Nico Walker, stars Tom Holland as an Army medic with PTSD who becomes hooked on opioids and starts robbing banks to pay for the addiction. Bravo’s character, Emily, is the love of his life — but is soon dragged down with him.

Bravo grew up in Cincinnati — just across the state line from where she attended that fair in Kentucky — and was thrilled when she realized Cherry would shoot in Cleveland, just four hours away.

“I get to do what I love and be with my friends and family?” she remembers thinking. 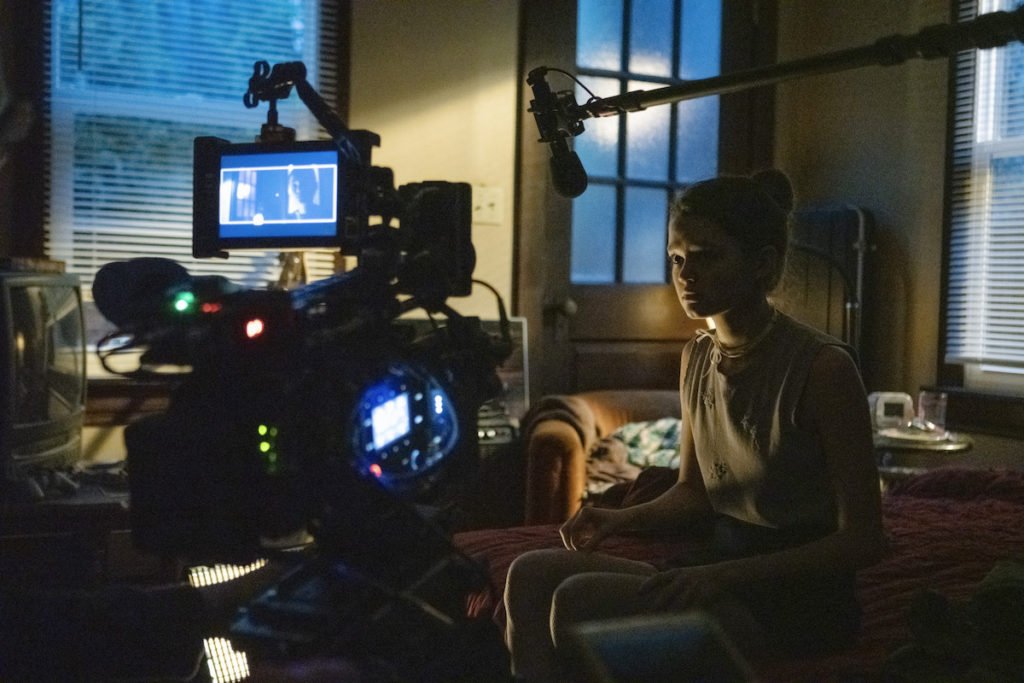 But the film delves into one of the darker parts of the area where she grew up. Bravo notes that in Ohio, addiction has touched almost everyone, directly or indirectly. She was drawn to Cherry’s portrayal of addiction because it “didn’t glamorize it in any way and felt extraordinarily honest, while still incorporating this level of art and creativity that makes the story so dynamic and interesting to watch.”

In the film, she transforms from a guarded college student to a supportive Army wife to a school teacher and struggling heroin addict. Bravo understands her as a cautionary tale of the dangers of codependency. Dominated by concern for her husband’s trauma and addiction, Emily neglects to care for herself, and also succumbs.

Also read: Shatara Michelle Ford Made Test Pattern by Rejecting Old Ways ‘Designed to Not Include Me’

Bravo has not experienced addiction firsthand, but was welcomed into a rehabilitation center in Cleveland, thanks to a friend who connected her with a family member who worked there. Listening to stories of outpatients and employees, Bravo paid close attention to the specific insights into how addiction affects patients’ behaviors, mentalities, relationships and even wardrobes. These details enabled Bravo to “pepper more reality into Emily, to turn her into a real, three-dimensional person.”

“I wanted to be a part of telling that story in any way that I could. Hell, I would’ve been a P.A. on it if they let me,” Bravo says. ”I’m just grateful that they trusted me with a character as important as Emily.”

Netflix’s Amend: Why JFK Hesitated to Help the Civil Rights Movement
The Song That Woody Allen Says Proves His Innocence