“You have to pay your dues, right?” That’s what novice—and even established—screenwriters are forced to believe amidst the Hollywood industry that does everything they can to avoid paying screenwriters. So, do you have to “pay your dues”? Do you have to “work your way up the totem pole” and earn the ability to ask for compensation for the early development work, rewrites, and the right for a producer to take your script out onto the market?

Let’s get this out of the way first and give you a solid “No!” as an answer. No, you don’t have to pay your dues. No, you don’t have to work your way up the totem pole to earn the right to be paid. But Hollywood will do everything they can to make you believe that. Let’s work together to spread the word and stop the madness, shall we?

What Will They Ask You to Do for Free?

If many development executives and producers would have their way, the screenwriter wouldn’t get paid until the net earnings of the project have been divided among the investor pool (distributors, financiers, studio) and the primary producer pool (producers, executive producers, director, major talent)—only then paying a screenwriter a “fair share” of the scraps.

Thankfully, the Writers Guild ensures that signatory companies—those major studios and production companies that have agreed to Guild contract terms—pay screenwriters in various stages of development and production.

But novice screenwriters often don’t have that freedom of having the Guild behind their back because they are not yet Guild members. Many development executives and producers take advantage of not only that, but also the desperation of incoming screenwriters looking to get that first option, deal, sale, or assignment.

A producer likes your concept. Maybe they even like the script. So they’ll take advantage of your desperation and try to seduce you with terms like contract and option. As a newbie screenwriter, the thought of being able to tell the masses that you’ve signed a “contract” or “option agreement” with a producer to shop your script is enticing. It feels like a step up that totem pole.

The catch is, they want you to sign on the dotted line for free.

This Shopping Option gives a producer or manager exclusive rights to shop your script. That means you no longer have the ability to take the script out to others on your own. And if a Hollywood insider happened to find out about your script through a contest or through networking, and wanted to make an offer, the deal would be anchored to that original Shopping Option you signed. The original producer or manager who asked you to sign that would have exclusive rights to it as a producer. This may scare away that Hollywood insider interested in buying your script.

There’s nothing wrong with signing a Shopping Agreement, but when you aren’t making any money off of it, you are handing your screenplay over to someone and putting all of your eggs in that one basket—and you don’t even get a little spending money taking your script off of the market for six months to a year. You’re handing your work over for free.

This is actually a common Hollywood practice, even among the ranks of Guild members and screenwriters that have made a living as a screenwriter—big or small.

Studios will have a property or concept they want to develop into a feature film. So they’ll go to the agencies and management companies to announce that they’re looking for pitches on these properties or concepts. The agents and managers will go to their clients and give them the materials handed over by the studio. The screenwriters are then tasked to work out a pitch that represents how they would handle such a project. This usually entails writing loglines, a synopsis, a full treatment (usually seven-12 pages, if not more), doing research, and maybe even actually writing script pages.

That’s a lot of work. And they all do it for free with no guarantee. Multiple screenwriters are doing the same thing for the same job. And here’s the rub—all too often, the various concepts and ideas gathered from this practice can be used by the studio without ever having to compensate the screenwriter. You can’t copyright an idea, concept, or character type. And if you haven’t written at least 33 percent of the shooting script, according to Guild contract stipulations, you have no right to claim any screen credit either. And you certainly won’t have the right to claim any compensation because you were one of many that came in to pitch for a possible writing assignment. You were never actually offered the job.

It’s a racket. And it’s forcing screenwriters to work for studios for free.

Development executives, producers, and managers will call them rewrites, but make no mistake, they are free-writes. They are asking you to write for free.

Now, when you’re dealing with a manager that is trying to help manage your career, free-writes are often part of the bargain. Managers don’t make money until you make money, so most of them are just trying to get the script to a draft that can be more easily sold.

However, when you’re dealing with development executives and producers, you should never do these”rewrites” for free. They’ll try to tell you that they want to get it to a draft that they can take to their superiors and possible financiers. They’ll even say that they don’t have any development money right now (they do), so they can’t pay you.

For a little context, the Guild stipulates that screenwriters should make at least $24,437 to $37,255 for a single rewrite and $12,227 to $18,628 for a single polish rewrite. This means nothing to a screenwriter that either isn’t a Guild member or one that is dealing with a non-signatory company that doesn’t have to abide by those rules (and let’s be honest, even the signatory companies don’t always abide by them). However, it offers screenwriters some context for negotiating payment.

Research, pitches, synopsis, and treatments are all part of the development process. They take time for you to develop and write. And make no mistake, you will be asked to do them for free.

Writing a treatment is not easy work. You’re being asked to condense your feature story, forcing you to creatively sell your story’s character arcs, plot points, twists, turns, and reveals into seven-12 pages. And you’ll often be asked to write multiple treatments as the development executive or producer “fine-tunes” your concept and script.

Brothers and sisters, this is development work. This is what screenwriters are usually—for those studios and production companies that actually take care of their writers—paid for. It’s right there in the Guild Minimum Basic Agreement, which states that for Original Screenplays, the screenwriter should at least be paid anywhere from $32,922 to $54,519 for a single treatment. For assignments, they should at least earn anywhere from $23,841 to $35,346 for a single treatment.

Some potential television writing position candidates are asked to write trial scripts for the show they are being considered for. This happens for both established and novice screenwriters that have somehow drawn the attention of the series and its showrunners as the show begins its writing season.

When Should You Write for Free?

When you’re writing for free, you are writing for you. Those personal projects that become your own spec scripts—screenplays written under speculation that they will be sold and produced.

Or maybe you’ve partnered with a filmmaker looking to direct a short or feature independent film on a shoestring, ultra-low budget. This may be for film school, for fun, or just to get something produced. In this case, if you’re just writing for the passion of getting something made, go for it. However, if you are approached by a production that has a substantial budget—let’s say $10,000 and up—you should be paid for the work you do, even if it’s a fraction of that budget.

Or maybe a development executive or producer asks you to put together a page or two to flesh out your story so they can present it to their colleagues and bosses.

Beyond that—and any charitable cases you choose to write for free for—you should always be getting paid something. So, what are 10 ways you can avoid getting roped in for free? Scroll through for some tips you can put into action right away.

Flipping the Script: How to Navigate the Ups and Downs of the Spec Script Market
First Draft: Put Audiences in Your Characters’ Shoes With These Seven Ways to Elicit Empathy in Your Screenplay 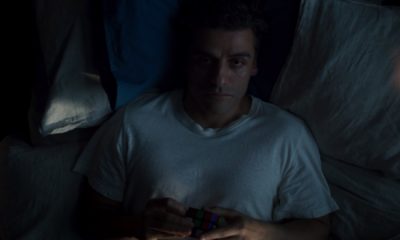