First Draft: Sure, Story Structure Guides Are Useful. But When Should We Be Using Them, and How? 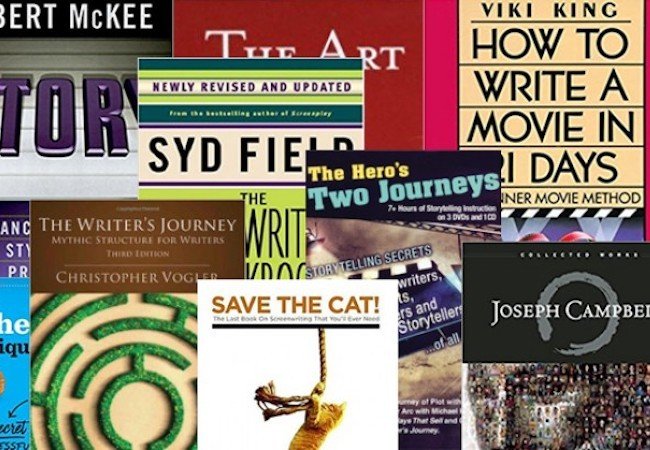 So said the avant-garde filmmaker Jean-Luc Godard, who helped kick off the French New Wave.

He also famously stated that: “A story should have a beginning, middle and end, but not necessarily in that order.”

Both of which are suitable opening salvos for an article about how to most effectively use the touchstones put in place by such accepted screenplay mentors as Blake Snyder, Syd Field and Joseph Campbell.

But you have read and studied The Hero’s Journey, as well as McKee, Field, Seger, Snyder, Vogler and Viki King, and their admittedly sound and well-reasoned guidelines are resonating in your author’s brain. And you suddenly realize you have not introduced all your main characters by page 11.

A sleepless night thus awaits you. And then you plainly see that in those same opening pages, you don’t come anywhere near to depicting your protagonist at home, at work and at play, and your rising action is utterly not assisting in generating the required amount of storytelling yeast.

Too freaking bad. Keep writing and damn the paradigms.

A first draft is decidedly not the venue in which to stay vigilant about plot points, catalysts, inciting incidents, calls to adventure or anything else. A first draft is and should be the primal, Id-infused outpouring of every aspect of your idea. Your soul laid bare, your creativity in pure upchuck mode.

This little being called the new germ of an idea has been gestating inside your mind, but it wants to get out through your gut, not your head. Whether you are someone who fancies yourself a writer who tailors storytelling for the market and works toward that practical, sale-based approach, or the more contemplative type, there comes a time to admit that by writing a screenplay you are declaring yourself an artist.

Should you be fortunate enough to indeed make a nice chunk of change for your work, there will be plenty of time to bury your inner artist and work within the strictures of the development process. But for your first draft, own the mantle of artist and go as Jackson Pollack as you like—splatter those pages with instinct and passion, and if your hero hasn’t returned with the damn elixir by the final few pages, own the thing of beauty you brought to life with your wild, anarchic flailing on the keyboard.

Then consult the gurus.

Structural guidelines can seem stifling to writers. But having taught the art of screenwriting for a long time now, there is little cause for debate about how effective, instructive and even mind-blowing the breakdowns of Snyder, Field, King and others can be.

The wisest way to employ their collective wisdom is to ignore them at the outset, and then apply them as judiciously as will suit the vision of your work once you start rewriting.

And here is where Godard’s advice comes in handy: Once you have your foundation built, you can take things from the people who have kindly identified many useful techniques, and then take things to a unique voice filtered through the sensibilities you laid out with the beauty of your subconscious.

You can start by giving the first draft to friends (or professionals) to read, to see what points they might identify as lagging. Or you can take a step back—I recommend a few months at least—then come back to things with fresh eyes, and chances are you will notice when you hit the passages that drag or seem to need more work.

And then, because so many people have written books about this stuff, you can dive into them like a research project and discover which most identify the areas of your script that need work.

Obviously a single article like this cannot hope to distil the advice from all the screenwriting guides available. So instead, here are just a few examples which I have found useful.

I love Save the Cat’s notion of the opening image, and how loaded it can be.

For instance, think of that famous fade-up in The Godfather, accompanied by the words “I believe in America.” In two seconds, the thematic foundations of the entire Godfather trilogy are laid out—the assimilation of Don Corleone into his adopted home, and the promise and tragedy it will hold for Michael.

So take a look at what you are asking your audience to take in as your story begins. How can you let us know about the film we are about to see, in a single image or line?

It can be as simple as a stalled car in a story about someone whose life is stalled. But it will lift your script into a new place wherein you are, from page one, sensitive to the deliberate visual nature of what you are writing.

Blake Snyder’s concept of the “Bad Guys Closing In” is also a place that, at least for me, usually needs work in my scripts. And it usually does not reveal itself until I have composed the whole messy thing and then go back in and get sensitive to the parts that lack punch.

It is the point in the script where the hero is being pushed toward what will look like a defeat (right before they are able to turn that defeat around). And as such, we really need to feel that not just one, but several outside forces are conspiring to put the protagonist into a hugely insurmountable corner.

I usually fall short of this, and tend to have my character experience a sudden realization (internal = not visual), as opposed to being pushed and pulled (external = visual).

Look no further than Back to the Future for a great example of this done right, as Marty has not only the people from the past who will become his future preying on him, but the very ticking clock of time itself which might make him fade away altogether.

Script consultant and writer Viki King rightly asks us to understand that each of our characters is a version of ourselves. And this is great advice to take into dialogue scenes: Where are you holding back on revealing yourself through your imaginary friends?

Are you someone who lives vicariously through that fictional person who can have the crazy, emotional outbursts you never allow yourself? Go for it, and do not censor yourself—we go to movies for big emotions, and to let people feel what we cannot.

There is a reason “you can’t handle the truth” has become a catch phrase—it’s not only that it has a thematic wisdom to it, it is that is spouted by a character that has finally reached a breaking point in trying to communicate.

King is also great at asking the question about where the writer is at in his or her life when the screenplay is being written.

Is your “what do I do now that I am turning 30?” premise a reflection of being 32 and wondering what happened? Own it, use it, let it bleed on the page.

Would Thelma and Louse have resonated so strongly if those characters were not carriers of the pain that millions of women experience? Don’t shy away from understanding what you are working through with your writing: it will only make it more honest.

(As long as it isn’t preachy of course—we need to sense that your characters are still the ones speaking, and in their own unique way; not simply spouting your innermost thoughts verbatim.)

Of all the Hero’s Journey stages, I get most stuck on “Refusing the Call.” Often I can never find it in my own work, or, when I try to shoehorn it in, it feels—no surprise—forced. Yet, it is a wonderful area to explore, and is worth examining in terms of the flow of the early going in your story.

Every hero must get what has been identified as the “Call to Adventure”—a story beat that speaks for itself. But then the Hero’s Journey paradigm adds a “Refusal of the Call,” a hesitation on the part of the protagonist.

For example, Luke Skywalker is called, resists, but then has no choice when his aunt and uncle are killed.

I find, though, that sometimes this beat can feel like an obligation, and may actually slow a script down if it is included by rote.

So another thing consulting the gurus can do for you is lead you to an honest self-appraisal about perhaps not needing every beat or concept laid out in their guidelines.

Do not be offhand or cavalier about this, since breaking the rules just to break them can be disastrous. However, there may be a universe in which you can skip a step as long as you understand what is missing, and why it’s OK that it’s missing.

For example, maybe the hero not returning with the elixir—the Hero’s Journey moment in which the protagonist comes through their ordeal and shares what they have learned with the outside world—is the very point of your story if you want to leave us with an ironic or open-ended conclusion.

By way of illustration, Manchester By The Sea offers a note of hope, but Lee Chandler is quite a few steps away from having discovered the wisdom that will heal the world around him.

As with all aspects of writing, an innate sense of where your narrative is succeeding or failing comes with experience. But even with that experience we need objective assistance to round out what first ignited our passion to tell a story.

And if you still don’t want to take advice from the authors of screenwriting books, then do at least appreciate them for their love of cinema, and the way they invoke myths, truths about being human, and the power of storytelling to get their points across.

I found Syd Field’s The Screenwriter’s Workbook to be loaded with wonderful philosophical musings about why movie moments are so primal. And although its title may strike fear into your formula-resistant heart, Viki King’s How to Write a Screenplay in 21 Days is notable for an inspiring and warm tone that can push you into the boot camp you may need to crank out that first draft.

And I resisted McKee’s Story for an awfully long time, thinking it was merely prescriptive (and Brian Cox’s turn in Adaptation only fanned that fire). But in fact it is an invaluable inspiration in the way it breaks down the innate enjoyment of, and engagement in, the tale.

So you may decide to go your own way entirely, even after the first draft. But even so there’s nothing wrong with getting caught up in what makes movie stories magic. And who knows, perhaps these affectionate odes to the hefty possibilities in our craft of screenwriting could end up being fuel for that next first-draft, from-the-gut expression of your innermost self. MM