First Draft: Take Stock In These 99 Stock Characters You Can Write Into Your Screenplay

Usually a male in a small town who is known to be drunk in public fashion.

A hero with a major flaw that leads to his or her eventual death and downfall (Anakin Skywalker from the Star Wars prequels).

They are often the trouble makers, liars, and the self-absorbed. They can be like jesters, but they often make more of an impact on the main characters in some way, shape, or form by the end of the story (The Mask from The Mask or Buddy Love in The Nutty Professor).

They hate rules and defy authority, usually because of depression, hormones, or due to social differences. Despite the hard attitude they portray, they are often the most vulnerable (Evie from Thirteen).

The character who switches sides at some point to help out the other side (Cypher from The Matrix).

A character usually known locally for ignorance or stupidity, but are often shown to have a good heart and can contribute to either the downfall or the uprising of the hero (Noah Percy from The Village).

An evil character in a story.

A priest or ordained minister who teaches at a high standard but also showcases moral weakness through drinking alcohol or other vices (Father Callahan from The Exorcist).

A “fool” or somewhat socially hindered character with an attribute of wisdom (Dory from Finding Nemo).

An elderly character who provides wisdom to the protagonist (Gandalf from The Lord of the Rings).

A term referring to the stereotype of unsophisticated back country characters (Carl Spackler from Caddyshack). 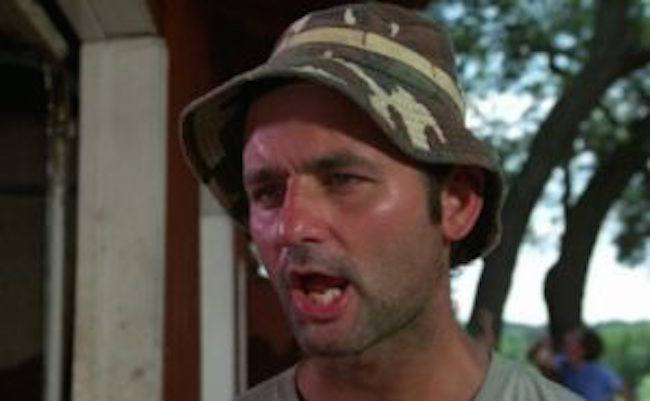 These are just ninety-nine out of hundreds of archetypes and stock characters that you as a writer can use to mold into bigger and better characters. What are some of the others that we missed? Share this on Facebook and Twitter and let us know which ones weren’t on this list. MM

First Draft: Sure, Story Structure Guides Are Useful. But When Should We Be Using Them, and How?
First Draft: Ask Yourself These Four Questions Before Cooking Up Your Screenplay’s Antagonist