Dan Gilroy’s newest movie, Roman J. Israel, Esq. stars Denzel Washington as a legal savant—a civil rights attorney who’s been toiling in the back office of a criminal defense firm for decades but is forced out of his comfort zone when his boss suffers a heart attack.

Gilroy describes Roman as the opposite of the character of Lou, played by Jake Gyllenhaal in his Oscar-nominated movie Nightcrawler. “Jake’s character believes in nothing, whereas Roman is defined by his beliefs.” After the success of Nightcrawler (which earned $39 million worldwide on a budget of $8.5 million), Gilroy took himself off the market for a year to write Roman J. Israel, Esq. on spec. He wrote it specifically for Denzel Washington—who he’d never met—and had decided to shelve the project if he couldn’t get him for the role. The two men met over a three-hour lunch in New York, and at the end shook hands and decided to make the movie together.

Gilroy’s father was Pulitzer Prize-winning playwright and screenwriter Frank D. Gilroy. His brother is screenwriter and director Tony Gilroy (Michael Clayton), and his twin brother is film editor John Gilroy. I spoke with Gilroy at the Austin Film Festival. 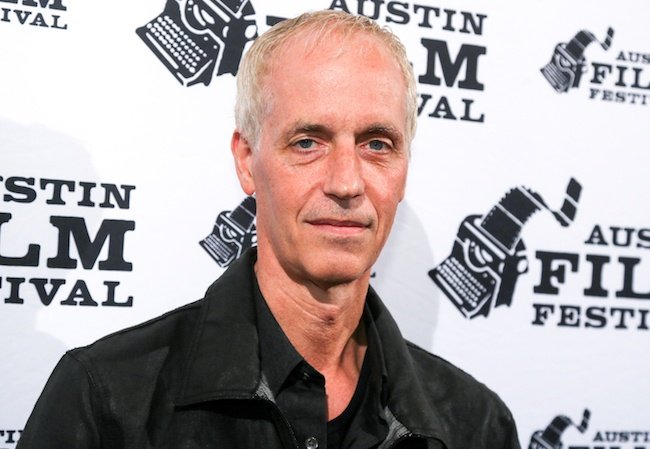 Lauri Donahue, MovieMaker Magazine (MM): What was it like growing up in your house, with your father as a successful writer?

Dan Gilroy (DG): We all watched our father work at home. Being a writer seemed like a cool way to make a living. We are born in Los Angeles but when we were very young my father moved us to upstate New York because he didn’t want us to get involved in the movie business. It’s a business of rejection. It’s a difficult business. If there’s anything else you want to do, you should explore it. We all moved to New York City in our 20s and got other jobs while pursuing movie gigs. It took us quite a few years to break through.

MM: Your first movie came out when you were about 33. What were you doing before then, and how did you get to that point?

After that I worked for Variety as a reporter and reviewer for four and a half years. The whole time I was reporting on the business I was getting up early in the morning and working weekends writing screenplays. One screenplay after another. Trying to get someone interested. It took seven before someone finally got interested.

MM: Did working for Variety affect your screenwriting?

DG:  It forced me to write. I was working in this long room with 50 people in it and a clatter of typewriters. It broke down the barrier of being precious.

MM: You spent 10 years not getting movies made. What was that like?

DG: I wrote a screenplay, and it got bought for $5,000. John McTiernan bought it right before he did Die Hard.

When you get something sold, even for a small amount of money, you can get an agent. Once you have an agent, they send you out on meetings. I started getting work.

For 10 years, I was being paid to write films that were not getting made. It’s a big step to get paid as a writer. But I want to see the movies get made. And that was the frustration—not seeing what the words look like on the screen.

And that’s what finally forced me to conclude that I would probably do this for free. And I should do it on that level. Just be patient and allow it to happen.

MM: You’ve talked about sitting on the beach in Santa Monica after the plug was pulled for your Superman Lives project. You watched the waves washing away the words written in the sand—and realized that you’d write even if the words were never seen.

DG: I’m using that image in the next movie I make. I like being in a room alone, and I like writing. So I’m lucky that way. Money was never the primary thing for me, ever.

MM: You’ve mentioned seeing Denzel Washington in Philadelphia. Did that plant the seed of putting him in another lawyer role?

DG:  It did not. The reason I liked his performance in Philadelphia so much is that he’s playing a homophobic lawyer. It’s an onerous part to play. You start to see the humanity beneath the homophobia. It’s such a nuanced performance. Him touching Tom Hanks in the bed becomes the catharsis.

I thought about how you can take a character who’s a homophobe, and unlikable by definition, and turn him into something that’s human. That interested me. That’s why I wanted to work with him.

DG: That’s exactly what it is. It’s a day job.  When you hire me to write an action film, I give you everything. I don’t look down on it. I’m embracing it.

MM: In your Nightcrawler script you used a very unusual format and typography. What inspired that, and what purpose does it serve?

DG: Most people use Final Draft, and most people use it so it automatically paginates. I turn all of that off. To me, each page is its own thing.

I spend tons of time on how a page looks. If a word is important I’ll start to think about whether I should make it bigger. And I started fooling around with fonts. I went 12 to 48 to 89 so that one word fills up the bottom third of the page. I started liking it.

I never use interiors and exteriors. I don’t have periods or commas. I have triple dots between ideas. It’s very underwritten—almost haiku-like. I think it transmits something to the reader.

I write in Final Draft bold. And then I select everything and bold it again. When you look at my scripts, the letters are extremely black. It’s not anemic-looking. I like the way that looks. I don’t like dense black pages. Tons of description bothers me.

MM: Your first Oscar nomination was for the Nightcrawler script. How did that change things for you?

DG: It wasn’t the Oscar nomination. It was just the success of Nightcrawler. I could have capitalized on the nomination much more if I’d been inclined. But very quickly after Nightcrawler I decided to write this thing for Denzel on spec. I spent almost a year writing it. It was a gamble. I’m going more into the independent world. The response to Nightcrawler opened up a bunch of doors.

MM: Do you think Nightcrawler would have been less successful if you didn’t direct it? If you weren’t there to “protect” your script?

DG:  It would have been a very different film. Most people would have gone, “This is a movie about a psychopath.” I wanted to find the humanity in Lou. For example, the music in Nightcrawler is very upbeat and sprawling and inspiring. I decided early on that the music in the movie was going to be the music in Lou’s head. Lou is happy with everything going on. Another director might have made the decision to use dark music to indicate “this is bad.”

MM: You’ve written a script for Stan Lee’s Annihilator. What can you say about that?

DG: I worked with Stan about seven years ago. As far as I know, nothing’s going on with that. It’s a very interesting project. They wanted to do an Asian superhero movie. It was very much relying on Chinese money. That’s hard to get locked down. It’s probably a $150 million movie.

MM: Is there a pet project you’d like to write and/or direct?

DG: I have an enormous love for the pulp fiction writer Jim Thompson. He wrote these pulpy noir-ish books in the 60s—about 30 of them. He wrote The Getaway.  I would love to do a Thompson book.

MM: What words of wisdom do you have for beginning screenwriters and directors?

DG:  Don’t be so fast to write something. Wait until you have an idea that you feel passionate about. It could be a slasher movie, if that’s what you love. A problem with a lot of screenwriters is that they don’t put themselves into their screenplays. The scripts become exercises. They look like airplanes, but they never fly—they never take off. They’re replicas of something.

If I had a year, I’d spent 11 months thinking about the idea and then four weeks writing.  The idea is everything. You can take a good idea and write it in finger paint and probably sell it.

But, that said, if you’re planning to make a low-budget film and 500 people look at it on YouTube, and it’s 15 minutes long, that’s a success—if it accomplishes what you want to do.

MM: What does it take for a screenwriter-director to get a movie made?

DG: Hurling your grappling hook over the studio wall is so daunting. But lots of financiers are willing to fund projects from $1 million to $30 million.

Get a line producer to run a budget on your script. If you can get an actor who’s worth more than that at the box office, you can make your movie. MM

Lauri Donahue is an award-winning screenwriter and script consultant (lauridonahue.com).