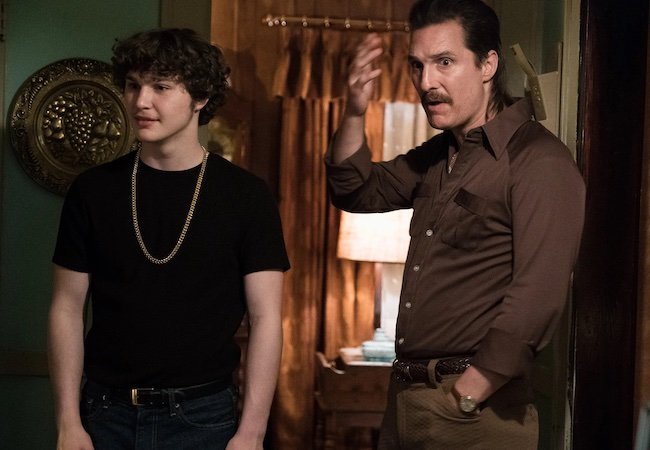 In today’s Movie News Rundown: Aaron Sorkin tells Michael Moore the advice he received from David Fincher; what happened to “White Boy Rick” after the movie White Boy Rick; lots of good COVID-19 news, with caveats. Plus: Former employees accuse producer Scott Rudin of being a volcanic, bullying boss.
But First: Here’s how Concrete Cowboy got that horse in that house.
David Fincher’s Advice to Aaron Sorkin: “As soon as the studio knows that you want to make the movie more than they do, they own you.” Sorkin says on the Rumble With Michael Moore podcast, sharing what he says Fincher once told him. Fincher directed Sorkin’s Oscar-winning script for The Social Network a decade ago. This year, Fincher’s Mank and Sorkin’s Trial of the Chicago 7 are up for Best Picture.
You Can Do That? Tyler Perry has set up his own vaccination site at Tyler Perry Studios, covering all the costs, to encourage his entire crew and their family and friends to get vaccinated. The Hollywood Reporter has details.
You Know Who Else Has a Bunch of Money?: Daniel Craig, Rian Johnson, and Johnson’s producing partner, Ram Bergman. THR says the three of them “stand to walk away with upwards of $100 million each” in the $469 million sale of two Knives Out sequels to Netflix.
More From THR: Good news and bad news for producer Scott Rudin. The good: He’s on the cover of a major trade magazine! The bad: The headline of the cover story is “Everyone Just Knows He’s an Absolute Monster”: Scott Rudin’s Ex-Staffers Speak Out on Abusive Behavior. Rudin, whose films have won 23 Oscars — including Best Picture for 2007’s No Country for Old Men — declined to respond to specific allegation in the article.
‘Essential’ ‘Workers’: Meanwhile, Variety reports exclusively that Oscar nominees and their guests will qualify as essential workers to attend the upcoming Academy Awards, according to the Academy of Motion Picture Arts and Sciences.
That’s Silly, Right?: Kind of. But in their defense, the Oscars bring in money for lots of people, and many awards shows have proven this year that they’re better when not conducted over Zoom. Also, for the roughly 39 million Californians who will not be going to the Oscars, there’s some good news for you, too: Still-Gov. Gavin Newsom says the state plans to lift most COVID-19 restrictions June 15. But NPR notes that there are caveats: the plan in contingent on adequate supplies of vaccines and low hospitalizations. And the mask mandate will remain in place, as will other “commonsense health measures.”
Poppy Jasper: Here’s another one for the Californians. If you’re in the Bay Area tonight, the Poppy Jasper International Film Festival, one of the best named and most loved film festivals, is kicking off its latest edition with a drive-in family movie night. The festival, based in Morgan Hill and Gilroy, will run through April 20 and is accessible from anywhere. And there’s a Flash Sale going on now to celebrate Poppy Jasper being named one of MovieMaker‘s 50 Film Festivals Worth the Entry Fee 2021.
White Boy Bummer: Margeaux Sippell looks at the saga of “White Boy Rick,” who prefers to be known by his given name, Rick Wershe Jr. Wershe is the subject of both the surging Netflix documentary White Boy and the 2018 Matthew McConaughey movie White Boy Rick. The former FBI informant was finally released from prison last year after 30 years behind bars, making him the longest-serving Michigan inmate who was convicted as a juvenile of a non-violent crime. He is not involved in Chet Hanks’ dreams of a white boy summer, I don’t think.
Main image: Richie Merritt and Matthew McConaughey in White Boy Rick.