Every year, MovieMaker asks a range of successful indie filmmakers to reflect on their time in and after film school for our Summer issue. We’re featuring some of our favorites from this year’s participants on moviemaker.com.

This summer we dove deep into the biggest decision each film student has to make: Which school should you go to? We asked a few working moviemakers and alumni to make the case for their alma maters.

This week, Australian director Patrick Hughes (Victorian College of the Arts, part of University of Melbourne) shares his experience. Hughes directed the 2010 film Red Hill and the 2014 feature The Expendables 3; his latest film, The Hitman’s Bodyguard (an action-comedy starring Samuel L. Jackson and Ryan Reynolds, written by Tom O’Connor), opened in theaters on August 18, 2017.

Patrick Hughes (PH): I went to the Victorian College of the Arts (VCA) straight out of high school, where I did a bachelor’s degree in film and television. I loved the intensity of the experience. For three years my life was nothing but film—24/7/365, I ate, slept and shat movies.

The thing that made the intensity so worthwhile was that at VCA you learned how to make a film from top to bottom.  We all crewed each other’s films, so that by the end of the experience you knew how every single department worked. Over the course of those three years, I was everything from sound guy to grip, gaffer, first AD, lights, camera operator, assistant, DP. I learned how to load a Nagra, keep a boom out of shot and how to write a slate.

Another important aspect of film schools like VCA is that these are places where you’re allowed to fail. It’s an incubation period where you’re off the grid and you’re given the chance to try things, crazy things. It’s the kind of experimentation where you get the chance to push techniques too far. Because, unless you’re making mistakes you’re not learning. Once you get out of film school and you’re doing money work, you can’t fail or you’re out of a job.

The other thing that has really stayed with me from my time at VCA is that we shot on film and cut on a Steenbeck.  Cutting film is so different to digital. There’s no “Control+Z” or cut and paste, so every decision has weight. It develops your ability to think about storytelling in a visual way. 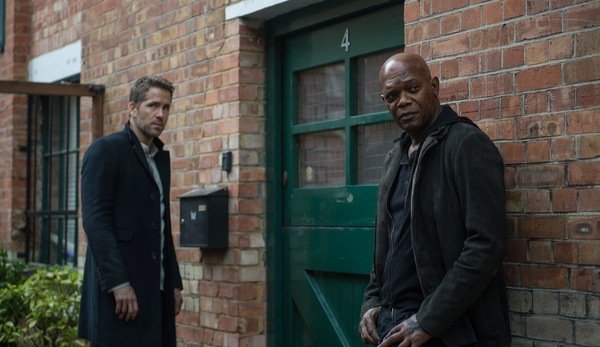 2. What should aspiring filmmakers consider when picking a school?

PH: Film theory is incredibly important, but I also really value schools that teach the practical skills of filmmaking. Apart from anything else, having the logistical experience that comes from experiencing every aspect of filmmaking means that you are able to make realistic decisions when you’re working on your own projects. Because I think every director needs to have a “producer’s hat”: the ability to understand what’s involved in a production and how to manage budgets and expectations. But most of all I learned about the importance of managing time. Understanding that spending more time on this scene means less time on that more important scene at the end of the day is such a crucial part of the overall picture. These are the kind of decisions that you’re facing every day on set.

3. What is the best advice you wish someone had given you when you were a film student?

PH: Just tell the story. Don’t wait for the perfect light, the perfect cast, the perfect crew, the perfect budget. Instead tell the story and tell it with conviction. Engage the audience’s emotions and everything else will be forgiven. It doesn’t matter what kind of film it is; commit. So if it’s a thriller, make it thrilling. If it’s genre then be passionate about that genre and tell the story. Never be ashamed of the films you’re making. It doesn’t have to be high art the whole time… or any time! All that matters is you told a good story well. That’s what will be remembered.

And another thing: Don’t make a short film on a credit card with 29.5-percent interest rate. Don’t ever do that. Ever. MM