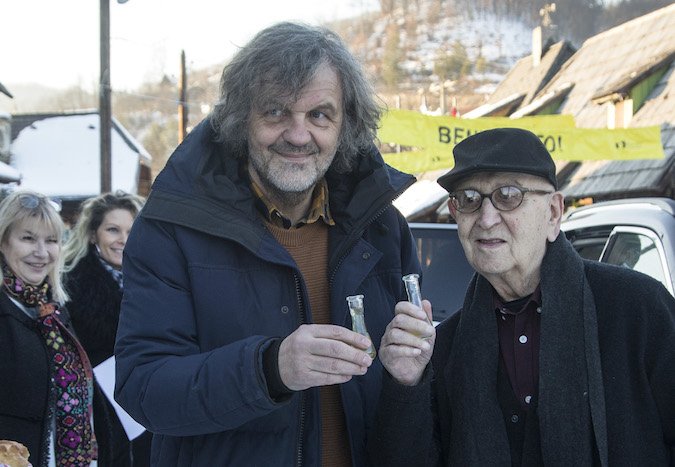 Although celebrated in Europe, French-Serbian moviemaker Emir Kusturica has never quite received his due stateside. This is perplexing because the surrealism that is a trademark of his films seems well-suited for American audiences. He’s won the Palme d’Or twice (the second time for his war film Underground in 1995) and won Best Director at Cannes for the four-and-a-half-hour epic Time of the Gypsies. The propulsive energy and dream logic of his films have earned him a reputation in some circles as the Eastern European Federico Fellini. But Thomas Pynchon may be a better comparison: In one segment of Underground, a rogue monkey occupies a homemade tank and fires live rounds at a wedding party.

In recent years, Kusturica has shifted his focus from building a story to building towns. He started the Küstendorf Film and Music Festival in a small mountain village that he had built in remote southwestern Serbia. He also developed an extravagant stone village in his birth country of Bosnia, dedicated to Nobel prize-winning author Ivo Andrić.

Kusturica spoke with MovieMaker at the 13th annual Küstendorf fest about how even though he feels somewhat pessimistic about contemporary cinema, there are signs of hope. —C.H.

1. The most important thing to do as a moviemaker is to create a synthesis between what you’ve seen and learned in life, the theme of your film, and how you tell a story.

2. Harmony between idea and the form is achievable. When you have a strong idea, then even the camera can be sufficient to create great feelings, or a great intellectual reaction that only a film could.

3. From the theme, everything starts.

4. The theme is something that must touch a moviemaker’s soul. Then there are skills that you have to learn. Unfortunately, today, cinema is overloaded with people who don’t know the craft. In order to be able to tell the story (or whatever you want to call it) through the cinematic form, you have to learn basic skills. The industry is producing thousands of TV series, where you don’t need to know anything about cinema — you can learn this type of directing: just ex- changing the angle and believing that actors are good enough to convey the story.

Cannes Film Festival used to choose between 700-800 movies, and now a programmer told me they received 8,000 films. So in this proliferation, we have to take care we don’t sink into the situation in which craft is forgotten.

5. Do we create? Or do we just tell a story? If you’re just “telling,” it could be through verbal storytelling or even through YouTube. Otherwise, there is a need for you to know how to create the sequence—how to create the whole story. You cannot just do it by exchanging camera angles, or having four cameras set up to be sure that you can edit dynamically. 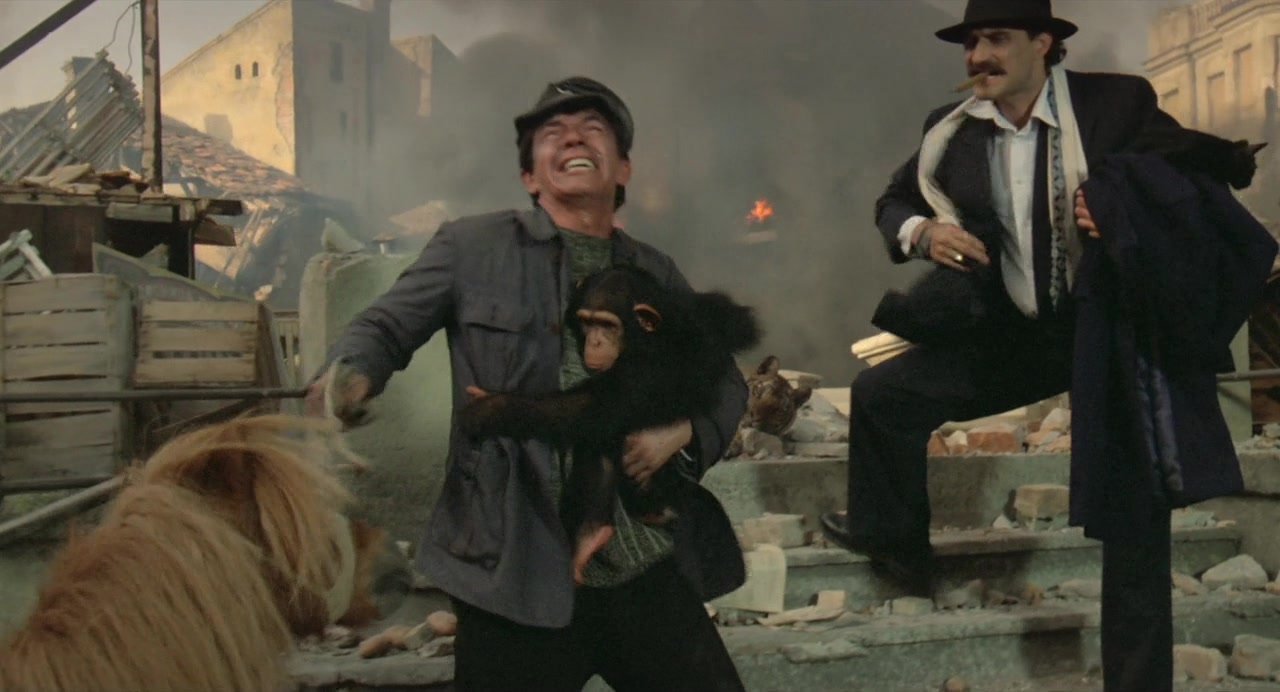 Emir Kusturica won the Palme d’Or for the second time with his 20th century-spanning war epic Underground in 1995.

6. A film director has his moral angle from which he sees the story — which informs where he puts the camera. You cannot be playing with ambivalences when you want to express your idea. Students learn today that you put the camera very high up, and you place it very low, and then the idea enters. It’s now about dynamics changing in telling this story, not a personal view to the story. In the past, we differentiated between Scorsese, Bergman, Fellini, Antonioni, or John Ford, by looking at their perception of time. Do they need more time or a kind of medium range of time in completing the sequence?

7. Today, what has affected both audiences and modern cinema is the language of commercials. These films are successful, but they don’t prove their existence in time. Hollywood accepts them, but if they don’t make enough money, they sink. It’s because they don’t build their own language.

8. It’s not just about making a story as dynamic as the producer wants you to in order to keep the audience seated for one-and-a-half to two hours — which comes from the old idea that Hollywood defeated French cinema because of explosions, timed every three minutes in the movie, and French cinema had too much talking — which by the way is true.

9. When I started making movies I believed that the marriage between commercial and artistic cinema was possible. This is because I grew up on old-fashioned Soviet cinema, great Czech cinema, and great American cinema of the ’70s.

10. We need to explore the central nervous system that a hero in a film exposes. Hollywood is avoiding this — they don’t want to dive into the substance of life and political opinion. They’re now creating politically correct cinema. The generators of ideology or power want cinema not to be something that disturbs, but rather for it to enact a sort of social harmony they want to see. Moviemakers now accept the language that is determined not by the beat of your heart, but by the perception of the audience, who have been affected heavily by the language of commercials.

11. We have to admit that cinema was always a part of mythology. Hollywood was a generator of great idealism, which was called the American Dream. The American Dream does not exist — it is a part of the utopia of the past. Hollywood needs to find its own approach to the fact that we don’t have the American Dream anymore. The American way of life is accepted widely all over the world, but the problem is that we have to follow the values and understand how much we have degraded values and how much we have deeply stepped in the shit, in order to not be following reality, but instead reacting to reality in the way that we used to do in the best manner.

12. The problem today is you don’t have superiority of authorship. Twenty years ago, when somebody says Scorsese, you understand all aspects of cinema and human life that are mixed in one person. When my generation vanishes, you will have some new revolutionary authors who are going to take the cinema into their hands. Today we have good films, but we don’t have personalities who are setting the tone of cinema. But I hope this is not going to last long until we get new ones — until we get some wave of new young American directors who will give us another portion of great American cinema from the ’70s.

13. Like it or not, YouTube has become one of the pieces of our optical world. And this could be negative for cinema or could be positive, in a sense of developing a new vision of the world.

Movie News: Superman Returns; Scorsese to Apple; Documentary Ethics
‘We’ll Get Through It’: Robert De Niro Discusses COVID-19 and 9/11 on Eve of We Are One Film Festival