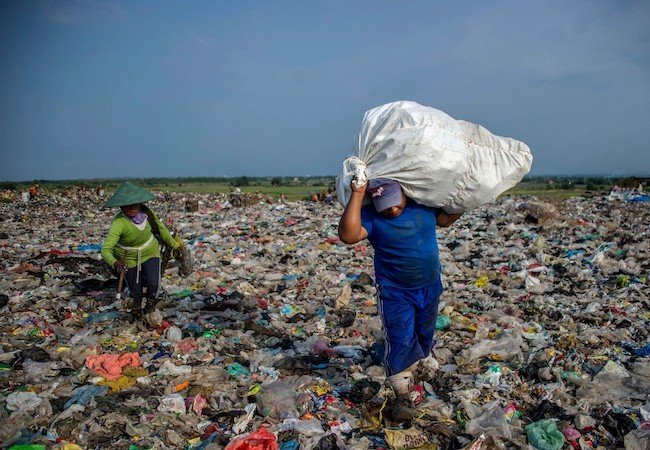 EarthxFilm is celebrating the 50th anniversary of Earth Day with an online film festival starting Wednesday that will include 36 feature and short films, live streams, panels and music — all without anyone gassing up a car or boarding a plane.

That wasn’t the original plan, of course. But as many festivals go online, the environmental focus of EarthxFilm feels especially timely. No one wants COVID-19, but the quarantine has had the unexpected effect of dramatically reducing travel that harms the environment, and could encourage us to adopt changes that will benefit the planet for years to come.

The festival is also providing financial help to moviemakers at a crucial time. Screening fees and online donations during the festival will go to films and filmmakers participating in the virtual fest. Cash prizes totaling $20,000 will go to filmmakers and environmental organizations at a live-streamed awards ceremony on Sunday, April 27. And the 2020 Youth Film Competition, a Planet911 Challenge developed with Instagram and Creative Visions, will also award up to $5,000 in cash and prizes.

“It has been a labor of love to curate the offerings we have the privilege of presenting at this year’s EarthxFilm film festival as we mark a half century of Earth Day,” said Michael Cain, co-founder and president of EarthxFilm. “So many of the stories we share about conservation, climate change, and the heroes working to protect our planet are a testament to the triumph of the spirit, and our collective hope for the future.”

“We can’t think of a better time than now to gather (at a distance) and experience those stories, highlighting the difference we can play,” added David Holbrooke, EarthxFilm artistic director.

The festival, which begins at 6 p.m. ET Wednesday with music, will screen films including Brett Falentine’s Fire on the Hill: The Cowboys of South Central L.A, about an urban cowboy culture almost destroyed by a mysterious fire; Alexander John Glustrom’s Mossville: When Great Trees Fall, about a small Louisiana Louisiana where a giant chemical plant displaced longtime residents; David Byars’ Public Trust, narrated by Robert Redford, about several stories liked by a journalist; and Deia Schlosberg’s The Story of Plastic (pictured), abut the massive damage caused by single-use plastic. They will stream between Wednesday and Sunday.

The festival will begin with a live-streamed DJ set by Classic Roots, a Toronto-based music producer and performer, and his set will start with a screening of Chrisann Hessing’s documentary short Turning Tables, about his music and influence. Singer N’Dambi will also perform.

The Platform Is the Ultimate COVID-19 Movie… Or Is It? (Podcast)
COVID-19 Cases Spike at Tiger King Joe Exotic’s Prison