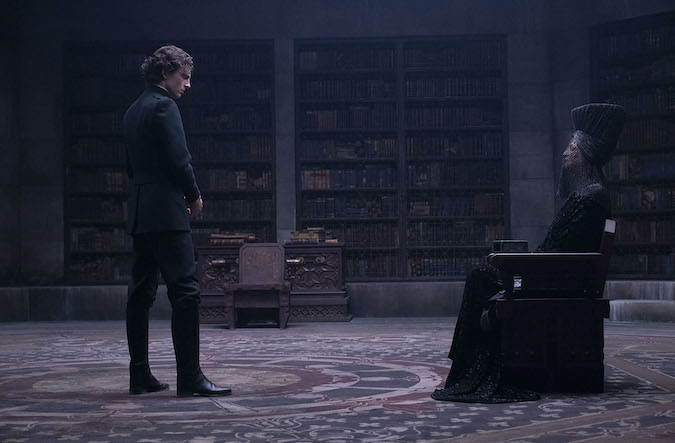 Dune production designer Patrice Vermette is known for his collaborations with fellow Canadian director Denis Villeneuve which includes Enemy, Prisoners, Sicario, Arrival and now their adaptation of Frank Herbert’s sci-fi epic. In this feature, Vermette explores his pre-production process on Dune with Villeneuve.

The journey starts on Caladan. The members of the House of Atreides are preparing to leave their home planet, as the emperor has given them the control of the remote and dangerous planet of Arrakis where they will be taking charge of spice mining… Or perhaps it begins in 2018, on a snowy day in Montreal. I remember a text message from Denis Villeneuve, asking if I’d like to grab breakfast at one of our favorite spots. I had known Denis since the mid-90s, when we were part of the same small independent film community. We hadn’t seen each other in a while. We come from the same cultural background, we’re the same age, and we share a love of science fiction books from our childhoods.

But there would be little of that. He popped a question that would define the course of my life for the next two years.

Dune marks our fifth and most epic endeavor yet.

First published in 1965, Frank Herbert’s novel Dune had been Denis’ fantasy project since he first dreamed of becoming a film director. The fact that he wanted us to collaborate together to bring his vision to life was an immense privilege, one that I would not take lightly. I felt a huge responsibility to him, and to the fans.

When I start to plan the production design for a film, I think of a bass line. Ever since our first feature film collaboration a decade ago, we’ve continuously tried to find the right balance between subtle but yet strong visuals, focusing on the “less is more” to find the right language. A bass line mostly stays in the background, punctuating when needed.

My first step was to read Dune again. The Dune universe is so rich with ideas and details that it was important for me to go back to the roots, to get a solid grasp on the material and rediscover those worlds with the eyes of my inner child. 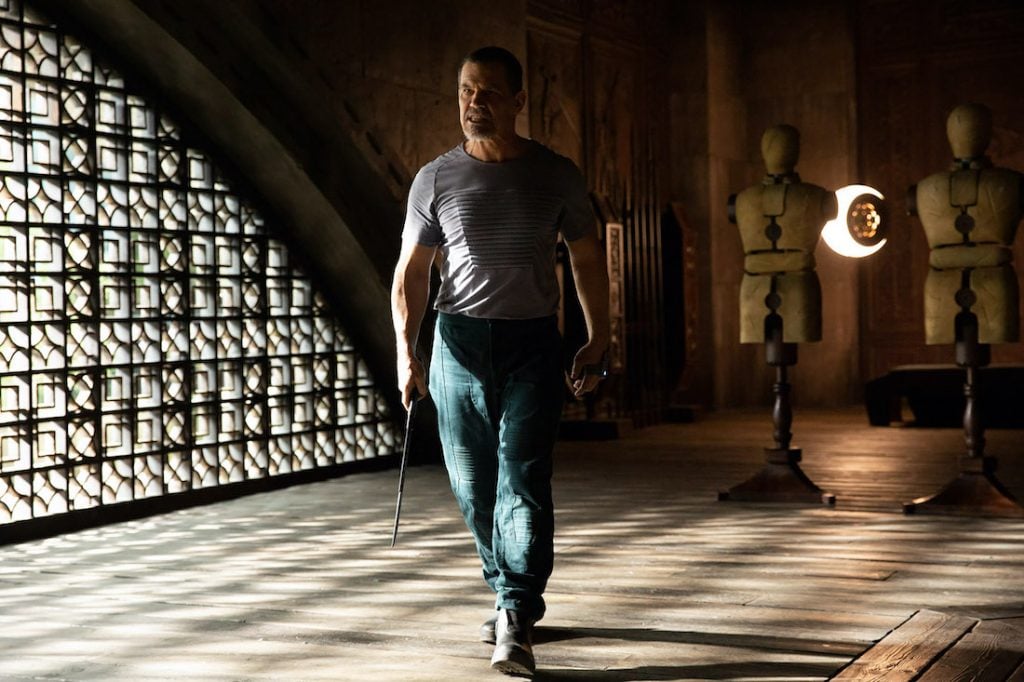 Set thousands of years in the future, the book tells the story of Paul Atreides, who is forced to choose between following his duty or joining a new generation banding together to fight for a better world.

One of the first things that struck me was that we needed to ground the story into realistic settings to help the audience believe in the extraordinary elements. This would mean making the settings as immersive as possible, and rallying everybody. Fortunately, we all wanted to make the same movie. Dune would feel like a destination that we would all be exploring together.

Every set had to be well-planned, and scenes storyboarded to carry on with the plan. As we set up our main base at Origo Studios in Budapest, our creative team also had the privilege and support of working with an immensely talented and passionate local crew. And now we were ready for Caladan.

Talking with Denis, it was important to give Caladan a feeling of melancholia. I shared with him the idea of the Canadian autumn season on the coast: misty, overcast skies define dramatic coastal mountain ranges and cliffs. The forests are tall with Norwegian Pines. It isn’t too cold, but we are definitely heading toward the end of a cycle… or the beginning of a new one. The location that telegraphed these emotions best ended up being the North West Coastline of Norway. We felt a balance between the architecture of our castle and nature.

The juxtaposition with Arrakis, also known as Dune, is extreme. It is a harsh world, bigger than anything Paul Atreides has ever witnessed. The entire planet is a desert with no natural precipitation. It is here where spice is found. He who controls it, controls the universe.

Before starting any sketches and concept art for Arrakeen, the main city of Arrakis, I presented mood boards containing reference pictures of ancient Ziggurat Architecture, power dams, Soviet and Brazilian Brutalism, glaciers taking over valleys, marble mines, as well as World War II bunkers from the Western European coastline. These images became the cornerstones of the architecture and design of the movie. It was time to start sketching ideas and to work on the concept art. 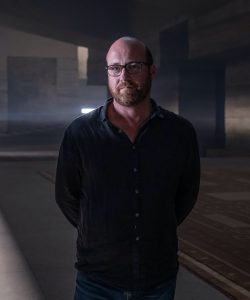 Early in the process, Denis and I agreed that even though the book is titled Dune, we needed, on a storytelling level, mountains and interesting rock formations. We imagined that the indigenous population of Arrakis — fremen — would rarely venture across the vast open desert. We figured they would probably travel shorter distances, between rock formations, to help them cross the desert safely, even though it would make their journey longer. These formations would become safe havens, just like small islands in the ocean.

Just as the rock formations protect the fremen, we also thought that the different colonists passing through Arrakeen would have used the mountains as natural anchors to protect their infrastructures. With winds going up to 525 miles per hour, you would definitely need something grounded.

With this in mind, I started exploring online the different desert options that the world had to offer. Some were a lot more production friendly than others. The goal was to find a country that would give us the epic sand dunes landscapes, as well as the perfect rock formations. We physically scouted a few countries, and decided that the best visuals could be attained by splitting the desert scenes between Jordan and Abu Dhabi.

Soon the film will come to audiences, the people who, like Denis and I, read Dune years ago, imagined it in our minds, and will, soon, leave their home planet for a while, and see the one we’ve made.

Dune, directed by Denis Villeneuve with production design from Patrice Vermette, opens in theaters and is available on HBO Max tomorrow, from Warner Bros.

Brian Cox Knows Succession Fans Want Two More Seasons, ‘But They May Only Get One’
The French Dispatch: This 1962 Orson Welles Film Inspired the Prison Design