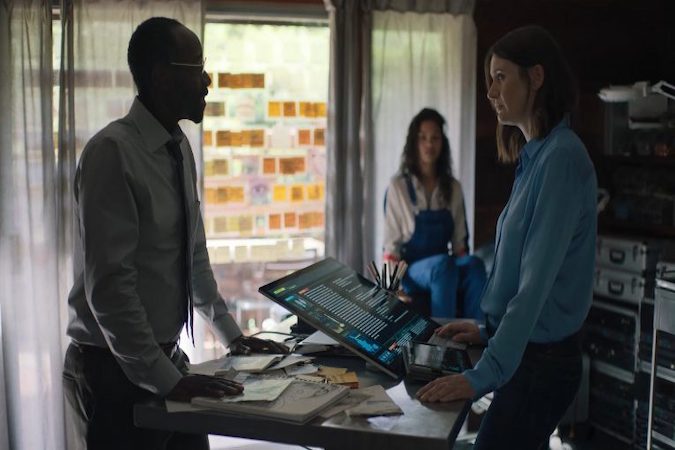 Director Catherine Hardwicke hasn’t let the runaway success of Twilight stop her from taking on new challenges: Her new Quibi coming-of-age series Don’t Look Deeper seeks to answer one of the biggest questions of all: “what it means to be human.”

“How similar are we all to each other?” Hardwicke asked in an interview with MovieMaker. “How do you extend empathy, love, compassion to everybody?”

The show carried technical challenges as well: Thanks to Quibi’s flexible format, it was shot both vertically and horizontally. Hardwicke assumed this new challenge as a “mind-bending exercise” that prompted her to reconfigure her conceptions of spatial planes when shifting between a horizontal and vertical composition. The format opens viewers’ minds, as well.

“If you turn it vertical, it’s a little bit more intimate, like you’re FaceTiming somebody,” she said, “If you have it in landscape, you see the environment and what’s influencing the person.”

Hardwicke also noted that the 10-minutes-or-less format of Quibi shows was “a great exercise taking what we already do in filmmaking to the extreme.” Encouraged to make each shot as economical as possible, Hardwicke built layers of depth into her shoots, giving viewers the most information possible.

The show is set in the very near future, and Hardwicke enhanced this futuristic world, where robots serve as information guides, with touches of modernism. All the cars are electric, and the set used solar charging stations.

Although extreme circumstances prompt Aisha to question her humanity, Hardwicke was drawn to the familiar teenage experience of feeling “nagging self doubts as you’re trying to understand who you are as a person.”

Given the show’s AI component, the Don’t Look Deeper creators internalized Aisha’s situation by examining their own fears about the future of AI and the potential lack of need for human intelligence.

“It taps into a feeling that you have about yourself that we are becoming algorithms of ourselves,” said actress Emily Mortimer in a Comic-Con@Home 2020 panel about the show.

Aisha soon uncovers something that challenges the notion of what it is to be human.

Hardwicke felt a duty to bust down stereotypes. Aisha’s father, played by Don Cheadle, is a passionate professor with a caring and broken heart, while Aisha’s therapist, played by Emily Mortimer, is a passionate scientist who creates a unique discovery.

Hardwicke made diverse representation a cornerstone of the show, from featuring a transgender series lead, Harvery Zielinski, to creating diverse robots, including a male robot of Filipino descent.

Hardwicke hopes the series prompts viewers to search their hearts, especially given our current reckoning with racial injustice.

“It’s our duty and honor as storytellers to break down stereotypes and show people the humanity and complexity of every kind of human being and celebrate their differences,” Hardwicke said.