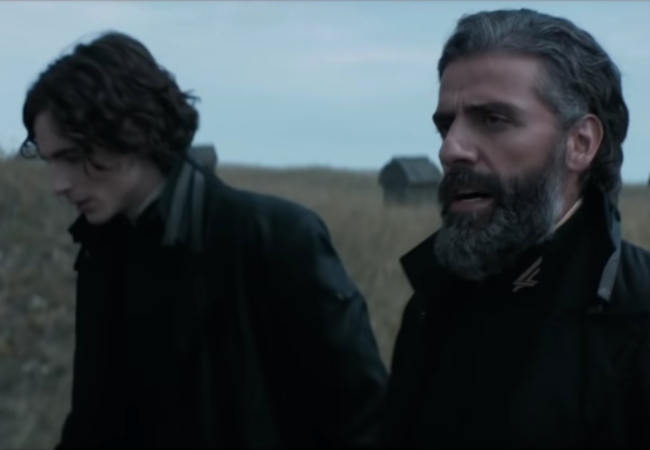 Director Denis Villeneuve and Dune stars Timothée Chalamet, Oscar Isaac, and Rebecca Ferguson had plenty to fear going into the making of the sci-fi epic.

Villeneuve has been dreaming of making this adaptation since he was a teenager. Isaac, who plays Duke Leto Atreides, was determined not to let his character feel stagnant. Chalamet, who plays Paul Atreides, felt a responsibility to get it right for every Dune fan he met on the street. And Ferguson, who played Lady Jessica Atreides, was challenged with mastering emotional subtlety.

“I was afraid of not being able to be good enough,” Villeneuve told Variety in a video interview. “That I would not be able to please the teenager that was dreaming 35 years ago about this movie.”

There has been quite a bit of pressure on Villeneuve to please audiences with this latest adaptation of Frank Herbert’s novel — one story from The Guardian asks “Will Denis Villeneuve’s Dune finally succeed where others have failed?” But while the answer to that question is largely up to individual opinion, Chalamet cared as much about honoring Villeneuve’s own vision as he did pleasing others.

“I felt a huge responsibility and respect for that, and principally to Denis, who was our leader on this, our chief, because of his connection to the source material and huge respect and admiration to the other versions’ source material,” Chalamet told Variety.

“There’s a very important scene in the movie called the gom jabbar scene, which is a test that the main character will go through right at the beginning. To go through that process of having Timothée diving into that zone of pain and starting to transform himself in front of the camera — it was so impressive for me. And I knew I was dreaming to work with Timothée on this, but when I saw this transformation, I was like, ‘Whoa.’ We got the movie right.”

Because the last Dune feature film came out in 1984, Chalamet knew fans would be expecting something great out of the 2021 version — and he didn’t want to disappoint them. So he tries to put himself in their shoes by imagining how he would feel if he was watching an actor play his favorite musician.

Also Read: How Beanie Feldstein Made Herself Cry In ‘Grueling’ Impeachment Scenes — Without Any Tear-Inducers

“I try to imagine what it would be to have a connection to something in your youth,” Chalamet said. “There’s a musical artist, Kid Cudi, that I love, and I imagine if I was older and I was in my 30s or 40s and there was a biopic being done on him and I was watching interviews with the young actor playing him, that I would want that actor to know every bit of backstory and even maybe stories that weren’t true but just all the lore associated.”

Asked what he feared about playing Duke Leto Atreides going into filming Dune, Isaac joked that he had to reveal “the man behind the beard.”

“I was walking into rooms beard first,” he laughed. “He’s a bit of an opaque character. He’s also somebody that is already coming into the story doomed. And so, how do you find the tension and conflict in that and not let it just be this kind of repetitive thing?”

For Ferguson, playing Lady Jessica required a lot of restraint.

“I wanted to deliver something new for myself to challenge myself,” she said. “It was the fine lines in between, because Jessica is very still. And it’s easy to want to overact emotions, and I think it was challenging and quite vulnerable to believe that what you were thinking was transported to the audience, at the same time wanting to leave you wanting more.”

Dune will be released in U.S. theaters on Oct. 22. You can watch the full interview on Variety here.