How Important Are Name Actors to Selling a Movie? Really Important 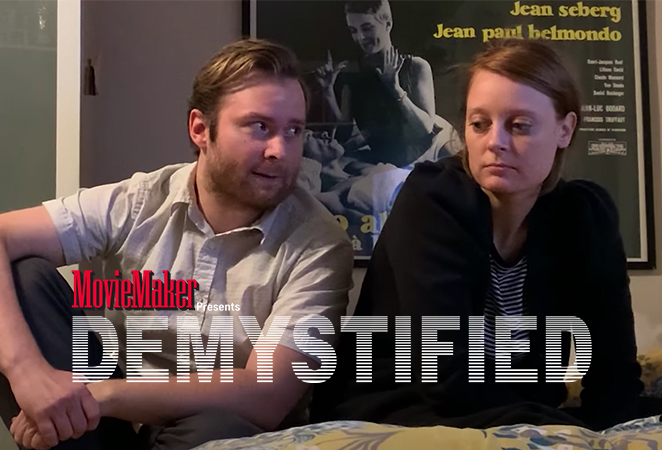 Demystified gives viewers an inside look into the process of Jess and Charles, who produced Souvenirs through their unique filmmaking competition StudioFest. The third episode of Demystified follows them as they speak with Glass House Distribution about selling their film — and hear, as they’ve heard before, how important it is to have a well-known name in the cast.

You can watch here:

While Jess and Charles are eager to make back the roughly $200,000 cost of Souvernirs, Lawrence explains that without a name actor, it might be difficult.

“As a rule, we don’t do MGs for no cast,” Malloy says, as narrator Jake Bowen explains that MG stands for minimum guarantees.

Lawrence points out, however, that having a cast of up-and-coming actors may result in a second wave of interest for Souvenirs if the actors gain attention for future performances. “You may even do better your second year than your first year,” he says.

Malloy explains that films are typically released on paid platforms, such as iTunes and Vudu, before subscription services like Amazon, Netflix or Hulu, to ensure they won’t undercut sales.

Weighing the benefits of accepting the deal with Glass House Distribution, Jess and Charles connect with entertainment lawyer David Albert about the company’s modified form of an MG. Charles explains that if Glass House does not make the film $25,000 in its first year, they automatically don’t re-sign the contract with the filmmakers. However, if they exceed $25,000, Glass House has claim on re-signing the filmmakers every two years.

Pierce warns the filmmakers to be wary of this deal since Glass House may try to claim expenses that add up to $25,000. “The trick is to maximize the revenue…and limit their expenses,” he notes.

Director Ryan Oksenberg and writer Lowam Eyasu, winners of the 2019 StudioFest are currently in pre-production on their feature with Jess and Charles.

Interested in StudioFest? Submissions for the 2020 StudioFest are open now to directors and writers over the age of 18 who has not yet produced a feature film.