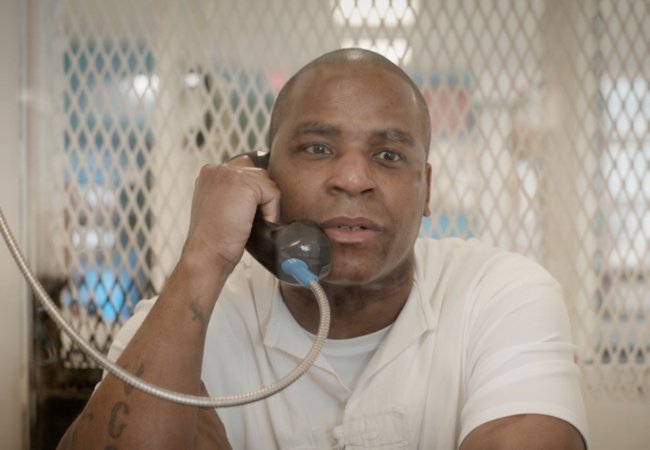 Quintin Phillippe Jones — Quin, for short — was convicted of murdering his great aunt in 1999. He was given the death sentence and scheduled to be executed by lethal injection in Texas.

He and his family, who have long since forgiven him for his crime, begged Texas Gov. Greg Abbott to commute his sentence to life in prison in the remaining days before his execution on May 19 — and so did New York Times Opinion writer Suleika Jaouad.

In a four-minute short that expands the medium of both documentary and newspaper editorial, Jones speaks directly to the camera to explain how much he has changed as a person in the last 22 years, and asks for the chance to stay alive to do what good he can from behind bars. He accepts responsibility completely.

In an essay accompanying the film, Jaouad does not argue that Jones is innocent — he has admitted to killing his great aunt Berthena Bryant for $30 he intended to use to buy heroin and cocaine, which he was addicted to at the time.

Instead, she argues that he didn’t deserve to die because of what he did.

Jones first wrote to her in 2012, offering words of hope in response to an essay she’d written about her battle with leukemia. He told her that her story had touched “a death-row convict heart.”

Although “our situations are different,” he said, the “threat of death lurks in both of our shadows.”

He also encouraged her to “try to stay as positive and as hopeful as possible, even though a lot of days that may be easier said than done.”

So began a correspondence between Jones and Jaouad, during which she learned more about his story. He knows he can never bring back his great Aunt Berthena, but he has made amends with his family and has dedicated his life in prison to helping others. Jaouad describes him as a “prison success story” and a truly changed man.

183,349 people signed a change.org petition asking Abbott and the Texas Board of Pardons and Paroles to grant Jones clemency.

“I know you don’t know me,” Jones tells Abbott in the Times’ Opinion video. “I’m writing this letter to ask you if you can find it in your heart to grant me clemency so I don’t be executed on May the 19th,” he adds, fighting back tears. “I got two weeks to live, starting today.”

As for how much he’s changed since he was first convicted over two decades ago, Jones says he’s “more thoughtful” and that he loves himself more.

“It took me years to forgive myself,” he adds. “Another thing that helped me out was my great aunt, Aunt Mattie. It was her sister. So by her loving me enough to forgive me, it gave me the strength to try to do better and to want to do better.”

His final plea to Abbott was simple.

“All I’m asking you to do, if you find it in your heart, Mr. Abbott, is to give me a second chance at life.”

Update: Despite efforts to commute his sentence, Quintin Jones was executed on May 19, 2021, according to the Associated Press.

Main Image: Quintin Jones pictured in the Texas prison where he awaited execution on death row, via the New York Times‘ video.