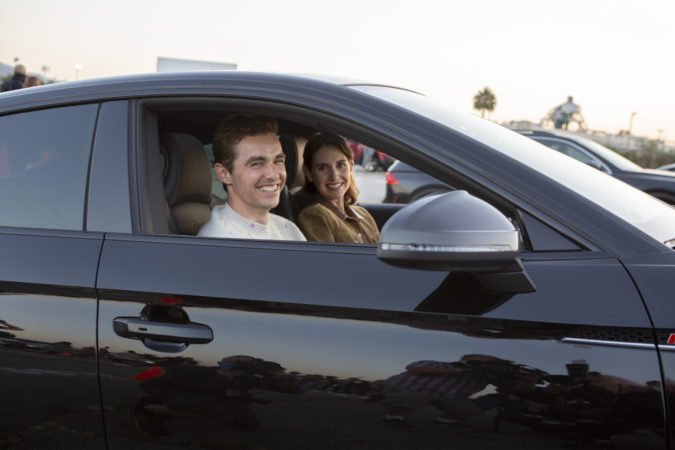 “Tense and claustrophobic thriller” might not be the first words that come to your mind when you hear the name Dave Franco, best known for playing lovable goofs in films like Neighbors and 21 Jump Street. But as he explained at a drive-in screening of his directorial debut, The Rental, the Airbnb-inspired horror film is exactly the kind of movie he enjoys watching.

“As a viewer, there’s nothing I love more than a smart genre film — a film that takes the scares seriously,” Franco explained Thursday.

IFC Films and the ArcLight Pop-up hosted a drive-in screening of the film Thursday in the spirit of COVID-19-era ingenuity. Franco’s wife and Rental star Alison Brie joined him for an interview from the social distancing-friendly vantage point of their car.

“Dave loves horror movies and thrillers so much! And I am very terrified by them,” she said, adding that he sometimes curates watchlists of horror titles he knows she won’t be able to resist.

The Rental features a couple played by Brie and Dan Stevens who head out of town to a woodsy, oceanside getaway with another pair played by Sheila Vand and Jeremy Allen White.

The two couples become suspicious that their host (Toby Huss) may be spying on them, and try to keep secrets secret as they wonder desperately who to trust. 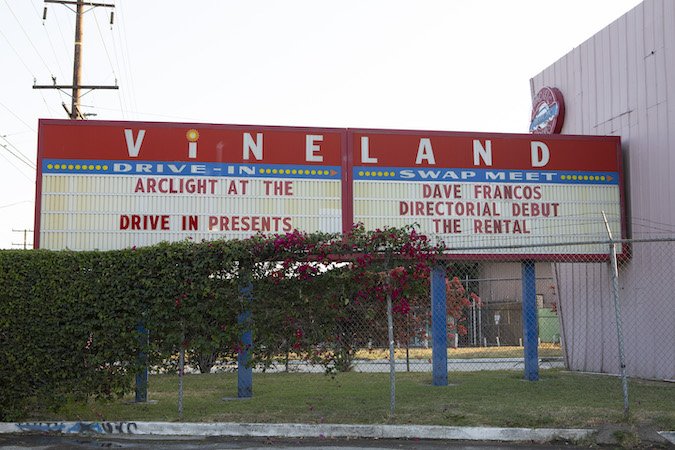 What’s Franco’s approach as a moviemaker? Vand, the breakout star of 2016’s A Girl Walks Home Alone at Night, put it bluntly: “He is one of the most prepared, most psychotically prepared directors that I’ve ever worked with.”

That passion resulted in character work that surprised the cast.  “All of these characters are so rich and so deep, and have so much going on,” Brie explained, adding that she was pleasantly surprised to discover there was more to her character, Michelle, than the “wet blanket, type-A” archetype that could have been.

The Rental drive-in date continued IFC Films’ embrace of drive-in screenings in recent months, especially to promote The Wretched, a horror film about a witch next store that turned into a surprise hit and gained instant cult status thanks to the turn-off-your-engine set. IFC Films’ Sundance film The Relic will also get a drive-in run next month.

IFC Films will go all out for The Rental, which premieres July 24 and will be available in traditional theaters and drive-ins.