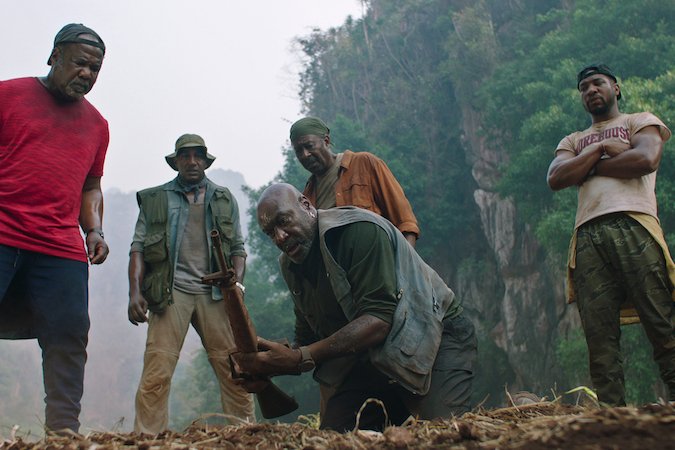 Today’s episode of the Low Key podcast covers the Spike Lee film Da 5 Bloods, which follows four black GIs returning to Vietnam nearly five decades after their tours ended to recover gold and the remains of their former captain.

As is the norm with capers, things don’t go as planned, and chaos ensues. And no characters leave the film with a clean morale slate, a norm well known to viewers of Spike Lee joints.

We are challenged to examine our understanding of what it means to be a mythical figure in war and how generations of people are impacted by wars they never wanted to fight or be near in the first place. Da 5 Bloods includes archival footage from the war, much we have seen and some that was likely public before the production of the film but not widely shared – the footage is brutal yet the film lingers with purpose, requesting the viewer to face the malignant nature of war and crimes of our own military forces.

The film releases with impeccable timing as the nation continues to grapple with social unrest in present day. The war scenes take place during 1968 and the “Summer of Love” when all hell broke loose for Black Americans after the assassination of Martin Luther King Jr.

Lee uses that eerie parallel to show that things have not changed as much as we would like to believe. The cats playing the game have changed but the game is all the same, ya dig?

4:46 – Themes and the leading character, Paul as played by Delroy Lindo

36:20 – The choice not to de-age characters during Vietnam War scenes

42:10 – Additional strengths and weaknesses of the film