Crimes Against Your Ears: Inside the Auditory Slasher Sound of Violence 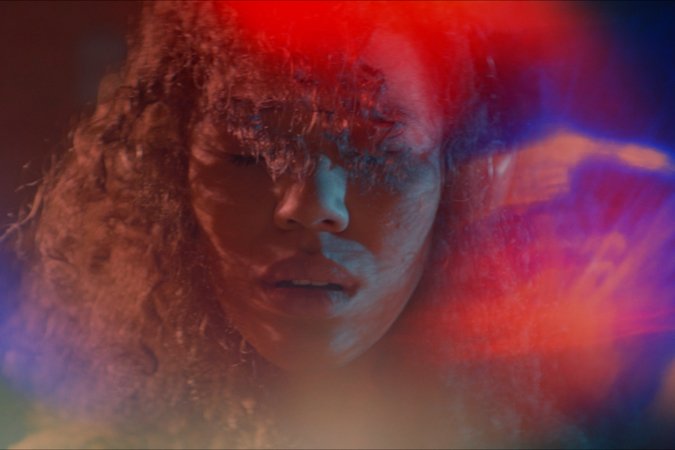 To create the murderous soundscapes of Sound of Violence, Jussi Tegelman first tried to scare himself.

The sound designer used many varieties of distorted, disorienting sounds to tell the story of a woman who commits murders to collect horrible noises. He relied on his own collection of noises, and created new ones.

“I have amassed a lot of sounds over the years, and I can be squeamish and scared easily too,” he says. “Once I started distorting noise and it started scaring me, that did the trick.”

Sound of Violence, a Finnish-American production from director Alex Noyer, builds on the plot of his short film “Conductor.” A young woman named Alexis (Jasmin Savoy Brown) witnesses the murder of her family, and in the process recovers her lost hearing and gains synesthesia — a neurological condition that causes her to experience visuals with sounds. She soon goes on a killing spree to capture the sounds she needs to orchestrate what she believes to be a musical masterpiece. Tegelman, producer Hannu Aukia and composer Jaakko Manninen discussed how they collaborated to make beautiful — and horrible — music together.

Destiny Jackson: You all had to think of a way to create color blends and music samples to express violence. How did you know when you had found what you were looking for?

Hannu Aukia: Certain colors affect you in certain ways. Everyone has a different association with color. Obviously, it’s cultural, I don’t think it’s an innate thing. Finland is pretty dark eight months out of the year, and cold. So I would say Finland is dark blue, definitely. The United States is red, not for Republicans, but for the passion of life. Back in the day, pink and red used to be the color of masculinity, but now they are kind of linked to women. But in the film, there’s colors like red and blue and green — to an extent — so that it reads well on screen VFX for Alexis. When you watch the film, there’s almost no green light effects on set because cameras don’t read green effects so well. 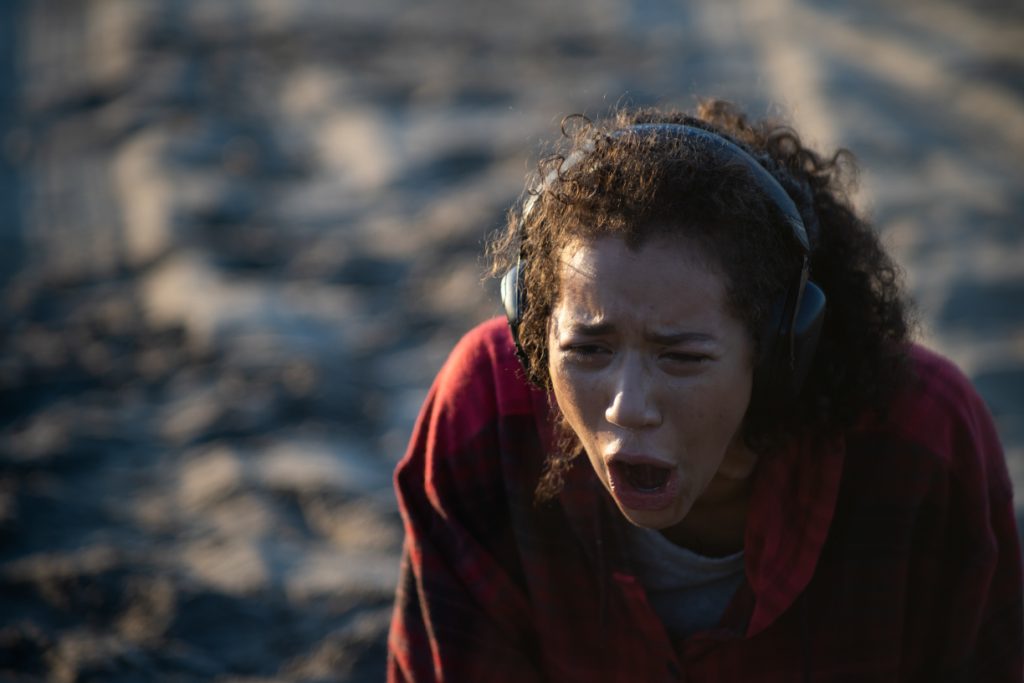 Jussi Tegelman: As for how do you know something is done? There’s a cliché-joke about storytelling: that as a sound designer, I have to help tell the story and enhance the visual, a combination. That’s one way. And the other is you run out of money and the premiere is in a week.

Jaako Manninen: Some of our early references were the original Blade Runner soundtrack, Giorgio Moroder’s classic “The Chase” from the Midnight Express soundtrack, the soundtrack for the film Drive, the Full Metal Jacket soundtrack, as well as ’90s electronic artists like Aphex Twin and Massive Attack.

Alex has a background in DJing, like myself, so the electronic music scene was good common ground for us to reference to. His love for the 808 drum machine also brought in some hip-hop influence, namely, the slowed-down “chopped and screwed” style from Houston. I think I worked almost a year on the soundtrack, of which maybe four months were very intensive.

Had you heard of synesthesia before this film? How did this influence the visuals?

Aukia: I have two friends from high school who are synesthetic. One sees words as colors and the other sees music as colors. … Alex found this artist that paints her synesthesia. So Alex and I tried to find as many kinds of visual representations as possible. We constantly talked about different aspects, but always visualized an explosion as what she sees. Especially the first time she regains her hearing because that synesthesia changes a little bit throughout the film.

I was inspired by a music video that had different liquids, powders, grains on speakers and different surfaces that would then carry the vibration of the sound waves in slow motion. Alexis’ synesthesia is a super slow-motion of powder exploding from footage I recorded. I used a depth map to turn the 2D image into a 3D image.

Jasmin Savoy Brown and Lili Simmons in Sound of Violence.

There’s a lot of gore and mutilation in this film — which made me squeamish as a bystander, so I can’t imagine how you all must have felt editing and going over it again numerous times in post-production to synchronize dubstep to murder.

Aukia: I am not a huge horror fan. Horror films have a clear job to do: make you scared and feel a very clear reaction. There’s a couple of horror films that I absolutely love, but I’m not in that scene. I was just very interested in how to do gore and this kind of body-horror stuff. I remember working with my co-editor where there’s a scene where another character is being hit by a hammer and he was watching the monitor dodging those hammer hits. So yeah, it can be miserable for sure.

Manninen: I did the main score for the short film as well, so I was involved early on in conversations about how “Conductor” could translate into a feature. Initially, it was more of the main character Alexis making music from murder sounds, but once the hearing loss and synesthesia came into the story, it really started to come together and we incorporated these things heavily in the actual score. The first version of her “masterpiece” had to be created beforehand so that it could be used as a sync reference at the shoot — and that first version came about relatively easily as we had given these things quite a bit of thought with “Conductor.”

Tegelman: You want the sound to be nice for the movie, but it can’t be wind chimes, you know?

Sound of Violence is now available on demand.

Quentin Tarantino Jokes About Quitting While He’s Ahead: ‘Most Directors Have Horrible Last Movies’
How Screenwriter Databases Like Coverfly and The Black List Can Find the Next Bridgerton