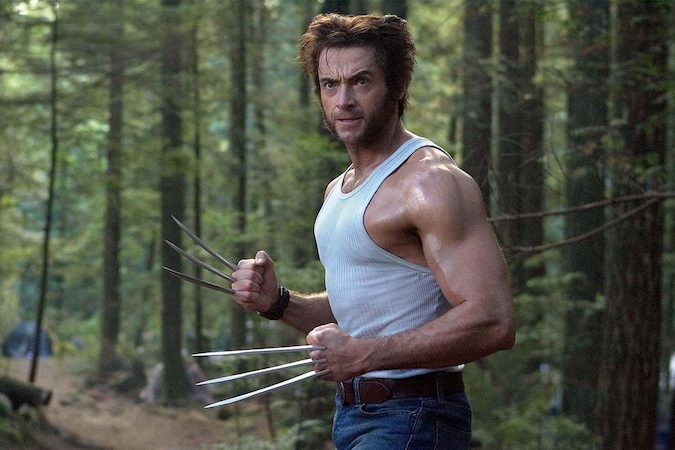 The Conjuring house is for sale, with ghosts included; people are freaking out over dubious reports of an X-Men name change; great festival news for cinephiles in Atlanta, Indianapolis and Austin. All in today’s Movie News Rundown.

Ghosts for Sale: The Wall Street Journal has a very funny, kind of scary story about the owners of the house from The Conjuring selling it. It’s actually haunted, they say, and they pull in a tidy sum renting it out to people fascinated by the paranormal. The asking price is $1.2 million, which makes you wonder — how much is it without ghosts?

No Thanks: I’d rather live in Buffalo Bill’s house.

Out on Film: The Atlanta festival, which opens today and runs through Oct. 3, just announced that GLAAD has come onboard to sponsor the closing night world premiere screening of William T. Horner and Stacey Woelfel’s Keep the Cameras Rolling: The Pedro Zamora Way. The doc is especially intriguing for those of us who grew up watching Zamora on The Real World, where he bravely worked to de-stigmatize homosexuality and HIV/AIDS in an era when ignorance and bigotry ran rampant. (Also, every single time I eat Skippy, I think gratefully of the time Pedro scolded Puck for his disgusting habit of sticking his hand in the peanut butter jar.) Zamora’s partner, Sean Sasser, worked with GLAAD from 1997 to 1998, helping to open and run the organization’s Atlanta chapter. Here’s more on this year’s Out on Film, which also features a 30th anniversary screening of Madonna: Truth or Dare, among other films.

Cool AFF: The Austin Film Festival just announced a lineup that includes opening night film The Same Storm, directed by Oscar nominee Peter Hedges and starring Noma Dumezweni, Mary-Louise Parker, Sandra Oh, and Elaine May, among others. Other titles include Wes Anderson’s The French Dispatch and Mike Mills’ C’MON C’MON. And the Writers Conference, a major draw of the festival, will include Judas and the Black Messiah co-writer Will Berson, Mare of Easttown creator Brad Ingelsby, Westworld co-creator Lisa Joy, and Gentefied co-creator Linda Yvette Chavez. Details are here. The festival is from Oct. 21-28.

Heartland: Indianapolis’ Heartland International Film Festival, running Oct. 7-17, also features The French Dispatch and C’MON C’MON, as well as the highly anticipated Will Smith film King Richard, about Venus and Serena Williams’ father, and the Princess Diana film Spencer. We’ll have much more on Heartland soon, because I just spoke with Heartland artistic director Greg Sorvig about how he put this year’s incredible lineup together. More details are here.

Today’s Dumb Joke: “How many producers does it take to screw in a lightbulb?” “Does it have to be a lightbulb?”

Mogul Mowgli: Check out Micah Khan’s great interview with Bassam Tariq, whose new film Mogul Mowgli follows a rapper (Riz Ahmed, always good) as a rapper who falls ill just as he is about to embark on his first world tour. “I’ve had a few years before Mogul Mowgli where things kind of went south for me with a few projects, so I learned very quickly that the reason why they went south was when I was trying to act smarter than I am. So, learning to just be very honest with everybody in the team is the key,” Tariq says. (His honesty is one of the qualities that landed him the job of directing Marvel’s upcoming Blade, but we don’t talk about that in the video.)

Ex-X-Men? Social media people did what they do best yesterday over a story warning that Disney’s Marvel might change the name of the X-Men to reflect the fact that there are also women on the team of super-powered mutants. But this was dumb. First, because the X-Men are just pretend. But more importantly: The basis of this story was an offhand comment by Marvel executive Victoria Alonso during an interview two years ago. There’s no indication that any “news” occurred here, and to present this as a new development is dishonest. (You can watch the two-year-old interview here, if you care. The X-Men comment is at the 3:41 mark.)

How Did This Happen? The site that posted the X-Men story, We Got This Covered (no link, it’s that bad), does little or no original reporting. Instead it traffics in clickbait headlines based on clueless or deliberate misreadings of things that people said in interviews with other outlets. For example, an obvious joke by Johnny Depp at a news conference this week led to the clickbait We Got This Covered headline, “Johnny Depp Wants To Be Jack Sparrow at Kids’ Parties To Keep The Spirit Alive.” A better headline for this silly non-story would be, “Johnny Depp Jokes About Playing Jack Sparrow at Kids’ Parties,” but of course, no one would click that.

What to Do? The fan-sphere is filled with sites like this, and I guess I should be grateful they don’t cover, say, vaccines. But it’s frustrating, for anyone whose livelihood is based on researching, interviewing and fact-checking, to share the movie news space with sites that don’t “cover” anything — they just rewrite other people’s stories, badly.

Finally: If you’re a man who worries that they’re coming to emasculate us via the old change-the-names-of-our-favorite superheroes trick, remember that it’s our job as husbands, fathers and sons to find positive ways to channel our raw masculine power. I go out back and chop wood with my pretend Wolverine claws.

Comment of the Day: “Please. This guy was the luckiest horrible musician that has existed. He is in the right genre now. Rap.” — a commenter named Half Cack, not buying our praise of the Penny Lane documentary Listening to Kenny G.

Confidential to Half Cack: While we welcome opposing points of view, please be advised that this website fought on the side of rap in the Great Rap-Rock Wars of 1986, before the combatants came together and recorded the terrific soundtrack to Judgment Day, a fact no one remembers. Have a great weekend, everyone.

Main image: Hugh Jackman as Wolverine, who will probably be a Disney princess in the next X-Men movie unless people on the internet act now. I mean, I assume