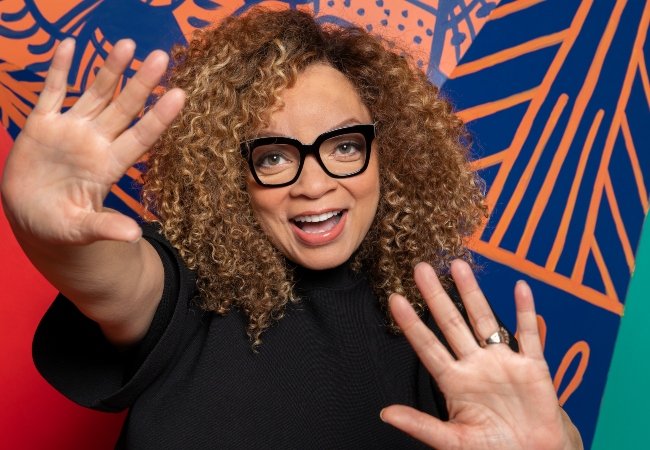 Ruth E. Carter won the Oscar for best costume design in 2019 for Black Panther, designing beautiful clothes for the people Wakanda. This year, her work on Coming 2 America allowed her to add another fictional kingdom to her repertoire: Zamunda.
In a conversation with Audra Pittman, vice president of Savannah College of Art and Design’s Atlanta location for the university’s 15th annual SCADstyle event, Carter explained how she was able to work with international fashion designers on Coming 2 America that she’d originally met while working on Black Panther.
“I just felt like Zamunda — ’cause I did Wakanda, and then I did Zamunda — was a place that was world-inclusive,” Carter said. “So, if it were today, there’d be all kinds of people there. There’d be Christians and Muslims, there would be people from India, people from Africa. And I did notice that African lace reminded me of a lot of Indian fabrics that I saw. So I had a world collective of African designers that I asked to come together and help me.”
Also Read: The 17-Year Secret to Indie Success, From Coatwolf’s Evan Glodell
The original 1988 Coming to America had a bigger budget than the 2021 sequel, so Carter used all the help she could get from fellow designers. 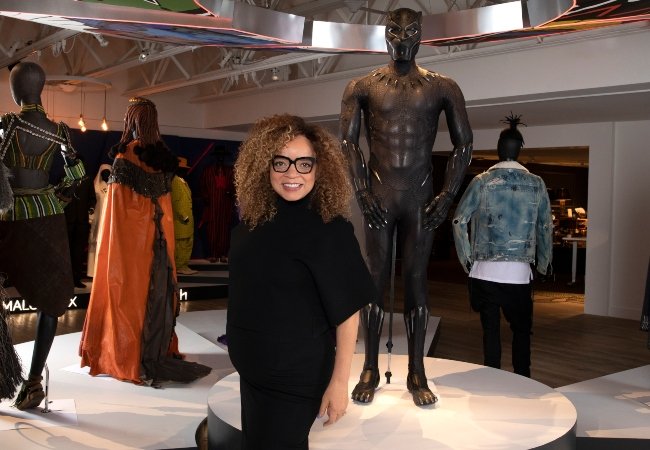 “The first movie had way more money than we did and way more time than we did. So it was nice though, because on Black Panther I had met Laduma Maxhosa and Palesa Mokubung and JJ Valaya. I had met all of these fashion designers that I couldn’t use in that film — it was a different aesthetic.”
But her goal was never to overshadow the original, only compliment it.
“Topping the original was not a question. I think that was impossible to me. I wanted to create something that was more taking the next step. And so people who love the first movie, it had its own look, and now the second movie is the next step — they’re all 30 years older now and the family is formed and Lisa is the queen.”
Carter was careful not to borrow too much Wakanda from Zamunda, or vice versa.
“On Black Panther I would say to everyone, ‘This is not Coming to America. Don’t think of it like that, it’s different.’ And then I got Coming 2 America, and I was like, ‘This is not Black Panther!'” she laughed. “So it was tough, but we were able to blend, and that made it so special to highlight designers who are small, who are around the continent of Africa, and to involve Indian designers that would not have this platform to actually present their work.”
Main Image: Ruth E. Carter at SCAD FASH Museum of Fashion + Film in Atlanta’s “Afrofuturism in Costume Design” exhibition, courtesy of SCAD.
Continue Reading
Advertisement
Related Topics:Audra Pittman, black panther, Coming 2 America, feature, Ruth E. Carter, Savannah College of Art and Design, SCAD, SCAD Atlanta, SCADStyle, Wakanda, Zamunda

The 17-Year Secret to Indie Success, From Coatwolf's Evan Glodell
Violation Examines Sexual Abuse By 'Someone You Trusted'