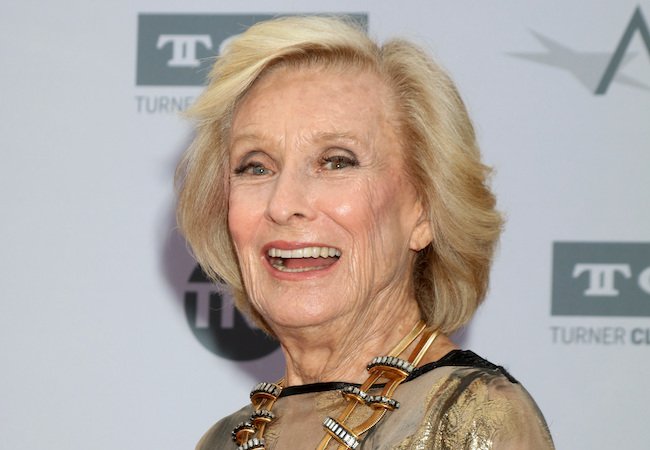 In today’s Movie News Rundown: The biggest surprise in The Mandalorian wasn’t planned from the start; Breaking Fast director Mike Mosallam on the making of his gay Muslim romance; and remembering Cloris Leachman, who “could make you laugh or cry at the drop of a hat.”

Breaking Fast: Indie director Mike Mosallam describes his new film Breaking Fast as “a nuanced tale about a Muslim man who is gay, and how shockingly those two things weren’t living in conflict, but rather, in harmony.” He writes here about how he told the story because he’d never seen another like it. Things went great, except when a West Hollywood store feared the production might draw the wrath of ISIS.

Dream Cast: Netflix’s The Sandman series, based on the wonderful comics by Neil Gaiman, has cast Tom Sturridge as lead character Dream, and Game of Thrones vet Gwendoline Christie as Lucifer. This looks very good. Variety has more details.

Mandalorian‘s Plan: The Mandalorian creator Jon Favreau says in a Writers Guild of America interview that (spoiler alert) Luke Skywalker’s climactic cameo at the end of Season 2 wasn’t planned from the start. “No. The story unfolded as I wrote it. The Mandalorian inherits a great deal from existing Star Wars stories, and when I write, that context is always a consideration. It became clear that, within the established continuity, certain things were likely to transpire,” Favreau says.

Also Very Cool: Favreau says he intended The Mandalorian, which he started writing on spec and then took to Disney, as an homage to George Lucas’s original Star Wars influences — “whether it was the Western, the samurai film, the World War II film, earlier space operas, cliffhangers, Flash Gordon.”

R.I.P Cloris Leachman: Here’s to a life well-lived. The Oscar-winning and eight-time Emmy Award winning actress, who studied with Elia Kazan and worked with directors from Peter Bogdanovich to Mel Brooks, has died at 94. She began her show business career by competing in the Miss America pageant in 1946 and made whimsical, witty choices to the end, appearing in her 90s in American Gods, among other projects. Her never-boring resume also includes sitcoms from The Mary Tyler Moore Show to The Facts of Life to Malcolm in the Middle, and she even delivered a surprise turn in Beavis and Butt-Head Do America. “Salute to Cloris Leachman, who brought comedy’s mysteries to the big and small screen,” wrote Steve Martin, who appeared with Leachman in The Muppet Movie in 1979. Added Brooks, who directed her in 1984’s Young Frankenstein: “Cloris was insanely talented. She could make you laugh or cry at the drop of a hat. …  She is irreplaceable, and will be greatly missed.” She won her Best Supporting Actress Oscar for Bogdanovich’s The Last Picture Show in 1971.

Comment of the Day: “What can I say? L.A. is my youth, my heart, and I will always belong to it,” writes TJ in response to our list of the Best Places to Live and Work as a Moviemaker.

Main image, above: Cloris Leachman in 2016. Photograph by Dinah Englund, courtesy of Shutterstock.