The Rundown: An Exorcist Lie; Clooney on Cruise; Nolan on Time 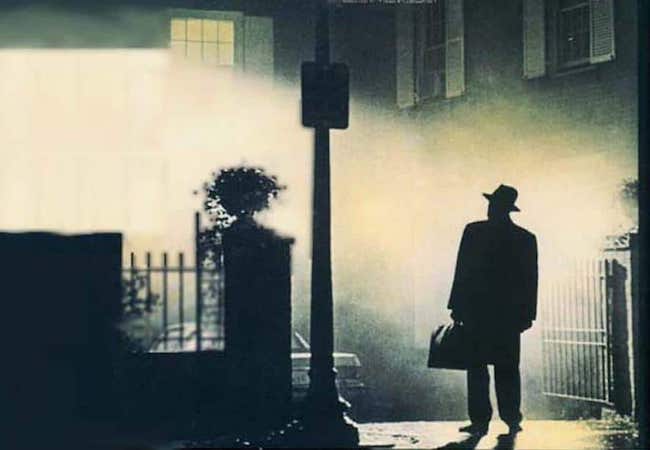 We CAAn Work It Out: CAA has finally reached a deal with the Writers Guild of America that will allow its agents to resume representing writers. The Hollywood Reporter has the details.

IMDb Is Wrong Sometimes?: “There’s a rumor on IMDB that I’m involved with a new version of The Exorcist,” tweets William Friedkin, director of the 1973 masterpiece. “This isn’t a rumor, it’s a flat-out lie. There’s not enough money or motivation in the world to get me to do this.”

Nolan on Time: Why is almost every Christopher Nolan movie — including Tenet, finally out on SVOD and Blu-Ray — about time? “Time is the most cinematic of subjects,” he tells All Things Considered. “Before the movie camera came along, human beings had no way of seeing time backwards, slowed down, sped up.”

Sound: No Film School is devoting a whole week to sound, and has a terrific piece on how to record good sound with your phone.

Speaking of Phones: A lot of people wish AT&T had stuck to them instead of taking over Warner Bros. Former Fox Filmed Entertainment CEO Bill Mechanic wrote this adroit piece for Deadline blaming AT&T’s inexperience managing creatives for its decision to release all of its 2021 films on HBO Max without telling filmmakers first. “The arrogance is not surprising. In their primary business, AT&T hasn’t had to manage talent,” he writes. “Telephones are meant to be spoken into; not to answer back with a voice of their own. You tell Siri what to do, not have her tell you what she wants.”

Clooney on Cruise: “He didn’t overreact because it is a problem,” Clooney told Howard Cruise during an interview to promote his new Netflix film The Midnight Sky. But he adds: “You’re in a position of power and it’s tricky… You do have a responsibility for everybody else and he’s absolutely right about that. If the production goes down, a lot of people lose their jobs. People have to understand that and have to be responsible. It’s just not my style to, you know, to take everybody to task that way.”

Scott Stapp IS Frank Sinatra: The former Creed frontman will play one of the greatest singers who ever lived in the new biopic Reagan and I feel like that might be… distracting? Billboard has the details. One thing that makes me laugh is imagining one of Frank’s mobbed-up underlings waking him up from his coffin to inform him of this development and Frank shrugging “who?” and the underling showing him the video of Creed’s “Eyes Wide Open” on a laptop. Frank nods along… okay, decent pipes on this kid… and then the first lightning bolt strikes. Frank’s eyes bug out, but he says nothing. Sadly, it’s the start of many special effects and histrionics in the “Eyes Wide Open” video, and before Stapp even goes into the Castle/Cave, and well before the violins, Frank waves the underling away. The shaken underling stumbles out an apology for waking the Chairman of the Board from his mortal slumber… for this. The coffin snaps closed.

The Glorias: I talked with Julie Taymor, an artist’s artist who also makes cultural juggernauts like The Lion King musical, about her ambitious new Gloria Steinem biopic. You can listen on Apple or Spotify or here: