Tom Cruise Gets It; From Sex Tape to Series; a Nice Warm Sundance 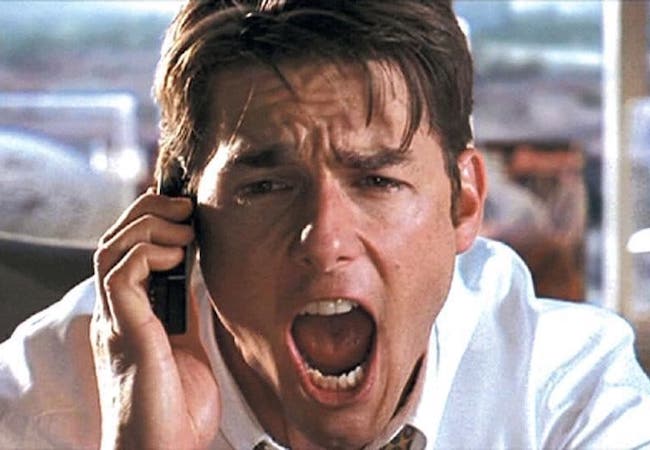 In today’s Movie News Rundown: Sundance announces its lineup; the ballad of Pam Anderson and Tommy Lee; and Tom Cruise says some things that needed to be said.

Sundance Lineup: The most inclusive, least cold Sundance ever announced a lineup that includes films from Robin Wright and Questlove. Here it is.

Pam & Tommy: Sebastian Stan and Lily James will play Tommy Lee and Pamela Anderson in a Seth Rogen limited series about their relationship and sex tape — the sex tape that started the whole celebrity sex tape phenomenon. Deadline has details on the Hulu series and sex tape, which I’m told is one of the most-searched phrases on the internet. Sex tape.

Tom Cruise Has Some Great Points: Tom Cruise is being accused of a “rant” for shouting at some Mission Impossible 7 crew members who violated COVID-19 rules around social distancing. The New York Times confirmed the authenticity of the audio, first posted by The Sun, in case you don’t trust Rupert Murdoch tabloids.

What Did Tom Cruise Say? Since we know we have some new readers today (thanks, second item), and that they may have delicate sensibilities, we are using director Zack Snyder’s preferred euphemism for the F-word each time Tom Cruise used it. Here is a partial transcript.

Partial Transcript: “I’m on the phone with every F-bombing studio at night, insurance companies, producers, and they’re looking at us and using us to make their movies. We are creating thousands of jobs, you mother-F-bombers. … That’s it. No apologies. You can tell it to the people that are losing their F-bombing homes because our industry is shut down. … We are not shutting this F-bombing movie down. Is it understood? If I see it again, you’re F-bombing gone.”

My Thoughts: It’s easy to dumb this down into a “a mean man raised his voice,” but he’s also a producer and investor on a huge movie that is trying very hard to set a good example, with incredibly high stakes. The reason we’re in the situation we’re in now after all these months — businesses closed, jobs lost — is that people couldn’t handle the very simple things being asked of us.

Am I a Little Worked Up About My Neighbor Throwing a Party This Weekend?: I guess I am. Tom Cruise, can you go door-to-door in West Hollywood, yelling at everyone breaking the lockdown rules? Because a lot of people are.

Finally: How did one of the world’s most generous philanthropists become one of the world’s most demonized? Director Jesse Dylan sets out to answer that question in Soros, and to set the record straight about the relentless promoter of the ACLU, Planned Parenthood, and Democratic causes. You can listen to Dylan’s great talk with Eric Steuer on Apple or Spotify or here:

Also: If you ended up here by guiltily Googling “sex tape” but then found yourself surprised and delighted at how charming and informative this newsletter is, suddenly losing all sex tape interest… why not subscribe?

But If You Found Us by Googling “George Soros Sex Tape”: Please don’t subscribe.