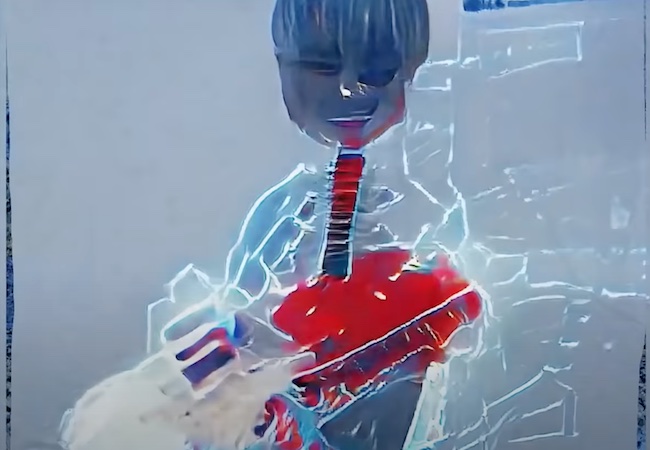 The trailer for Cry Macho, directed by and starring the great Clint Eastwood; Duran Duran is still making innovative videos four decades after their breakthroughs; a discussion of Jean-Claude Van Damme in The Last Mercenary. All in today’s Movie News Rundown.

Out Today: The Suicide Squad, directed by James Gunn, in theaters and HBO Max; the Val Kilmer doc Val from Leo Scott and Ting Poo, on Amazon Prime; John and the Hole, from Pascual Sisto, in theaters and on VOD.

Ninety-One Years Old, Folks: Here’s Clint Eastwood, one of the best who ever did it, in the new trailer for Cry Macho, about a man full of regrets, looking for redemption.

The Last Mercenary: Jean-Claude Van Damme stars as a master-of-disguise mercenary in the new Netflix film that two-thirds of us did not enjoy on the latest episode of the Low Key Podcast. It also made us wonder if we could take JCVD. (Short answer: Mais non.) Listen on Apple or Spotify or here:

Theater Owners: John Fithian, president of the National Association of Theatre Owners, predicts a comeback for movie theaters in this interview with Variety. “The streaming wars will not last forever,” he says. “You have too many streaming services now competing for survival.”

Speaking of Streaming Wars: The Hollywood Reporter has this interesting piece on the merits of Scarlett Johansson’s lawsuit against Disney+ over the simultaneous release of Black Widow theatrically and blah blah blah.

Duran Duran: Vulture has a lovely interview with Simon Le Bon, lead singer of Duran Duran, my first favorite band, where he talks about the cinematic innovations of some of the band’s early videos. Director Russell Mulcahy, who would later go on to direct Highlander and the very underrated Ricochet, was the mastermind behind “Planet Earth,” “Hungry Like the Wolf” and “Rio,” all awesome. Le Bon recalls for Vulture how Mulcahy used a “cinematic matte,” for the “Planet Earth” video, “which made us look like we were performing on a giant icicle, which I jumped off at the end.”

Also: Simon Le Bon endears himself to me again by immediately referencing Michael Penn, a brilliant singer-songwriter who also scored Boogie Nights and Sunshine Cleaning, among other films.

What Have You Done for Me Lately, Duran Duran?: The band continues to make innovative videos. Its latest, for the song “Invisible,” was created by an artificial intelligence called Huxley. The video describes Huxley as “a unique dreamer whose ‘mind’ has been modeled after the cognitive and emotional processes of humans.” The video is a Van Gogh, a little Picasso, a Prince, and quite good but all things considered I like Russell Mulcahy more than Huxley. Here you go:

Comment of the Day: Diablito (great name) has this observation about Matt Damon’s concern that these kids today won’t watch movies all the way through: “I am in my 50s and my kids are 23 and 19. My stepkids are 18, 16, and 14. The 23 year old is able to and wants to watch movies attentively. The rest are distracted the second anything slow or emotional happens and either walk away or get on their phones. Then ask what happened when they get back. Why did so and so do that? Who’s that? What’s for dinner later? This is not an exaggeration, it is a fact. I don’t ascribe any wistful regret about it like Damon, it’s just the way it is. ¯\_(ツ)_/¯.” Thanks for sharing, Diablito.

Attention Spans: When I was a kid I remember warnings that short videos by groups like [clutches pearls] Duran Duran would ruin our attention spans. This seems like an ongoing concern, generation after generation, and yet Jean-Claude Van Damme’s The Last Mercenary is still far too long.

Have a wonderful weekend.