Cinema Law: What Are Your Options When You’re Fired From A Job Before It Even Begins? 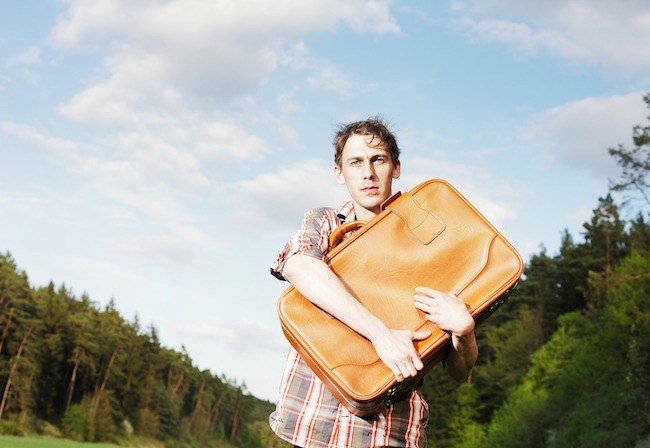 Q: I was booked as a makeup artist on a production for the month of August.

I signed a written employment contract with the production company after discussing the project with them since May. A few days before the project started, the producer called and told me I wasn’t needed anymore but refused to tell me why. I need that job and now it’s too late to book anything new. Do I have any legal recourse?

Maybe! In contract law, there’s something known as “promissory estoppel” which is a confusing and lawyerly name for a very simple concept: when you make a contract with someone, they cannot withdraw from the contract if they can reasonably assume you will rely on them fulfilling the contract and you’re harmed in some way if they do withdraw. In your case, because you signed an employment contract with the production company, had discussions about the job several months in advance and blocked out the time at the expense of other jobs, (meaning they should have realized by taking this job, you were foreclosing other employment opportunities) it sounds like you might have a good argument for promissory estoppel.

I remember spending a lot of time in law school studying promissory estoppel. I think it’s because it speaks to a foundational element of contract law, which is that contracts are all about creating trust and accountability between parties who want to do business together. If one of the parties can back out of the contract without repercussion, it could not only enrich that party unjustly, but also create a system where no one is incentivized to act in good faith. And people who were harmed by relying on a contract would have no way to mitigate that harm. These are all big no-nos in contract law.

That’s why when there’s a breach like this, courts want to provide remedies to harmed parties that will make them whole. That can mean anything from having the job offer reinstated to simply having the breaching party pay you the wages you would’ve earned if you had worked the gig. If the withdrawal appears particularly malicious, some courts may even award you punitive damages—that is, damages designed to punish the breaching party and incentivize them to not act that way again.

What works in your favor is that you signed a written contract. So many people just agree verbally, and those are harder to adjudicate because with no paper trail, it’s easy for parties to simply deny wrongdoing. So often in the law, a case’s viability is less about what your rights are and more about what you can prove.

Let it be said here that you should always get your agreements in writing. If the other party can’t or won’t provide a written agreement, you should look elsewhere as this is a party that doesn’t have your best interests at heart. And if you do decide work with them, at least memorialize your interactions with them in writing. The more evidence you can generate in the event you need to seek legal recourse, the better.

And that’s the other side of this. Even if you have a strong argument, seeking legal recourse requires a lawyer. And that can be costly, possibly thousands of dollars. Using the judicial system in this country has never been a poor man’s game. That’s why it may be worth following up with the producer and finding out what happened and whether the production company can honor its agreement… or at least pay you to mitigate the loss of the job. It troubles me that they offered no explanation for the withdrawal but maybe there are perfectly reasonable extenuating circumstances. Maybe the production got shut down or its budget got slashed. It generally can’t hurt to try negotiating yourself before bringing in a professional. At the very least, it creates more evidence which can be useful if you do end up in court.

If suing them is your path, though, find a lawyer in your state that can help. Contract law is regulated at the state level and while most contract law principles—like promissory estoppel are common across state lines—you need someone familiar with your state’s specific rules. There may also be employment law issues that come up, so make sure you talk to a lawyer familiar with employment law as well.

Sometimes you can do everything right and still lose. That is, unfortunately, part of the risk of living a freelance lifestyle. That doesn’t mean you should stop doing those things, however. At least if you get everything in writing, you’ll stand a better chance of leveraging your loss into a win. Knowing your rights can’t hurt either. MM

Gregory R. Kanaan, Esq. is a New England-based attorney representing artists, filmmakers and designers in Massachusetts and New York. His practice focuses on entertainment and art law, as well as intellectual property issues. He has resolved disputes involving copyrights, publicity rights, trademarks, and contractual disputes for a wide range of independent filmmakers and design professionals. Prior to becoming an attorney, Mr. Kanaan was a television producer, creating documentaries and series for The Discovery Channel, Court TV, TLC, and A&E, among others. When not practicing law, Mr. Kanaan writes for his blog, The [Legal] Artist, which aims to educate creative professionals on the legal issues that affect them most.

Cinema Law: Does Your School Own Your Student Film?
Cinema Law: Can I Fictionalize A Reality TV Idea Without Infringing Its Copyright?