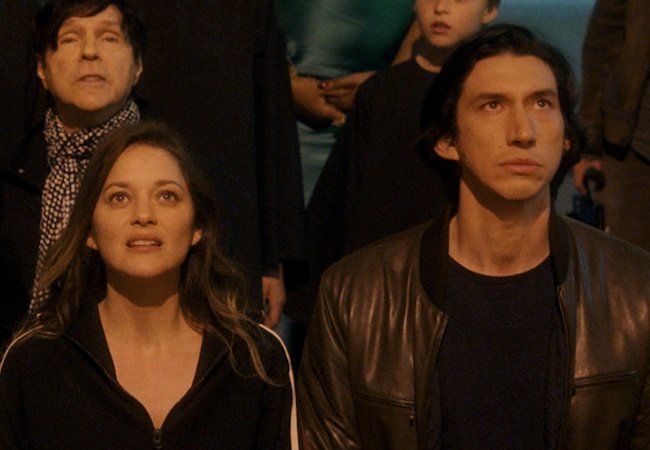 But First: Destiny Jackson did a terrific interview with the team behind the “auditory slasher” film Sound of Violence, about a woman who commits murders in order to collect horrible sounds.

Indiana Jones Giveaway: We’re giving away the brand-new 4K Ultra HD+ Indiana Jones 4-Movie Collection to someone on our newsletter mailing list — maybe you. To enter, you just have to sign up here. It takes 10 seconds. If you’re already signed up, thank you! If not, why not get someone in your household to do the same? Or a rival archaeologist?

M.O.D.O.K.: Even with the help of Patton Oswalt, Jon Hamm, Whoopi Goldberg and many more, can one of Marvel’s most ridiculous villains carry a TV series? That’s the question at the heart of our latest Low Key podcast, where we talk about the new Hulu show, and I also talk incessantly about Third Eye Blind.

Also: We get that the “competition” is really just a way to dramatize a celebration of great artists making great films. We’re not expecting a Roadhouse situation.

New Beverly Reopens: Ryan Parker at The Hollywood Reporter has an emotional writeup of Quentin Tarantino’s theater reopening with a showing of Once Upon a Time… in Hollywood. Alison Martino, who runs the excellent social media account Vintage Los Angeles and is a great advocate for preserving L.A.’s history, told THR she saw Once Upon a Time… in Hollywood 37 times at the New Beverly before it closed. “I love the movie so much, and seeing it here is extra special,” Martino said. “I purposely did not watch it all through quarantine because I wanted to come back and see it here.”

More Tarantino: Our tweet about this story regarding his belief that most directors’ last films are “horrible” — as he plans his own final movie — inspired a lot of discussion about what he should do for that movie. One commenter on our site urges him to “write a script that does not have one word of profanity.” Prediction: He will ignore this entire discussion. But still, @AuthorClaudette has a wise idea for how to avoid the bad-last-movie curse: “Plan it as your second to last movie. When it’s a hit, change your mind and make it your last movie.” Yes.

As Quentin Tarantino plans his final film, he confronts a forbidding fact: ‘Most directors have horrible last movies’

Eyes Wide Shut: One movie that came up a lot in the last movies conversation is Stanley Kubrick’s Eyes Wide Shut. Commenter Lee writes: “Stanley Kubrick certainly directed a terrible last movie. Did he even write a script for Tom Cruise Has Sex Fantasies for Two Hours (aka Eyes Wide Shut)?” Commenter RT’s opinion corresponds more closely to my own: “Eyes Wide Shut is a fantastic, haunting movie – a journey at midnight, the same journey in daylight. With a devastating final line by Nicole Kidman.”

Anything Else? Nope, just that we’d love to hear your thoughts on everyone above, and invite you to share them in the comments below.

Undine: Shooting the Underwater Sequences of the Modern Fairy Tale
The Conjuring and Insidious Star Patrick Wilson Is At His Best When He’s A Little Scared