Buried Directors Believe Eileen Franklin-Lipsker — Or at Least, That She Believes Her Own Memories 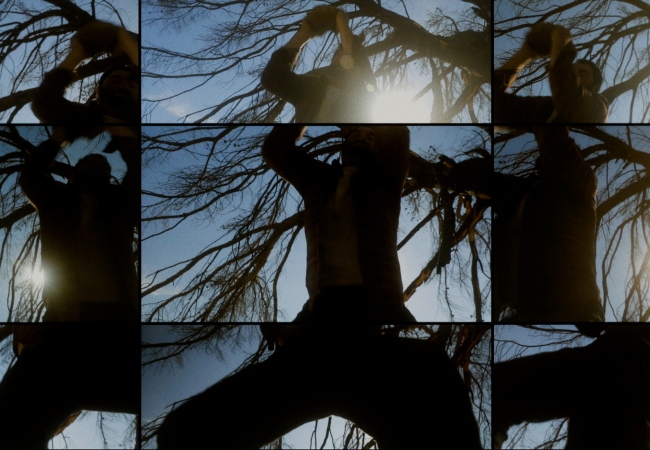 Showtime’s Buried docuseries tells the story of Eileen Franklin-Lipsker, the woman who helped define the American public’s understanding of repressed memories when she came forward with a shocking accusation that she’d seen her father sexually assault and then kill her elementary school best friend, Susan Nason, in 1969.

Buried covers Franklin-Lipsker’s account of the memory flooding back to her decades later, and details the case against her father, George Franklin — who was convicted in the first murder trial based solely on a repressed memory, without physical evidence.

The landmark decision to convict Franklin was reversed in 1996 after it was revealed that Franklin-Lipsker had retrieved the memory under hypnosis, making her testimony inadmissible in court in the state of California.

In an era when the American public places more value on believing women than ever before, directors Ari Pines and Yotam Guendelman had a complex task in front of them when it came to shaping the narrative of Buried.

“There’s no doubt in any of our minds, and I think everyone who watches the show will also feel the same — that Eileen completely believed her memory,” Pines told MovieMaker. “That’s one of the only things that I can say for certain. [It] wasn’t whether the memory was real or not, you know? She was not making anything up. She definitely believed it. But I think that, you know, the kind of frightening thing is that even if you believe that something is real, it might — it isn’t necessarily so.”

Franklin-Lipsker has since changed her name and moved to a new state, where she wishes to remain anonymous, according to the docuseries. She first came forward with her accusations against her father in 1989. She said he had both murdered her friend, Susan Nason, and sexually abused Franklin-Lipsker herself when she was still a child.

The accusations arose two years before Anita Hill accused then-U.S. Supreme Court Justice nominee Clarence Thomas of sexual harassment, which he denied. On Sunday, the first episode of the docuseries premiered on Showtime — three years after Christine Blasey Ford accused then-Supreme Court Justice Nominee Brett Kavanaugh of sexual assault in the early ’80s, when they were teenagers. He also denied any wrongdoing.

Although Franklin-Lipsker’s story is much different than Hill or Blasey Ford’s, what they have in common is that all three of their stories had a significant impact on the American public’s conversations around believing women.

“It was very important for us, you know, to make that clear that we don’t question her motives in that way… Eileen came forward and talked about abuse, and about abuse in the family, in a time long before the #MeToo moment, in a time where that really wasn’t common,” Pines said.

“It’s a super, you know, super delicate subject to deal with, but also a super important one nowadays,” said Guendelman, Pines’ co-director. “In documentaries, we have to, you know, examine the truth, and in this case… we don’t know if repressed memories actually exist. And more so, that we can’t differentiate a true and a false memory, even if we do believe — and by the way, I do believe — in repressed memories. But we still can’t say what’s true and what’s not.”

“I think the good side of the #MeToo movement is that it’s actually happening, and the reality is changing for the better,” Guendelman continued. “The bad side of it is that we take a lot of stuff for granted without asking, you know, the necessary questions. And it’s always a delicate thing. You have to go case-by-case and realize which testimony is true and what’s not.”

Rather than choose one side or the other, Guendelman and Pines wanted viewers to reach their own conclusions about Franklin-Lipsker, who was consulted about the documentary but chose not to participate.

“We live in a time when society believes women and listens to them after so long that it hasn’t. But then when you come — when you reach, you know, the court of law, there are other questions. And the main one is, you know, what is enough evidence to convict someone of murder and send them to prison for the rest of their life?” Pines said. “Our conclusion, when you talk about that question, is that no memory should be enough to convict someone. Doesn’t matter if it’s repressed or not, if it’s a woman’s or a man’s. You have to have something else to eliminate this reasonable doubt.”

Main Image: A still from Buried, Courtesy of Showtime.