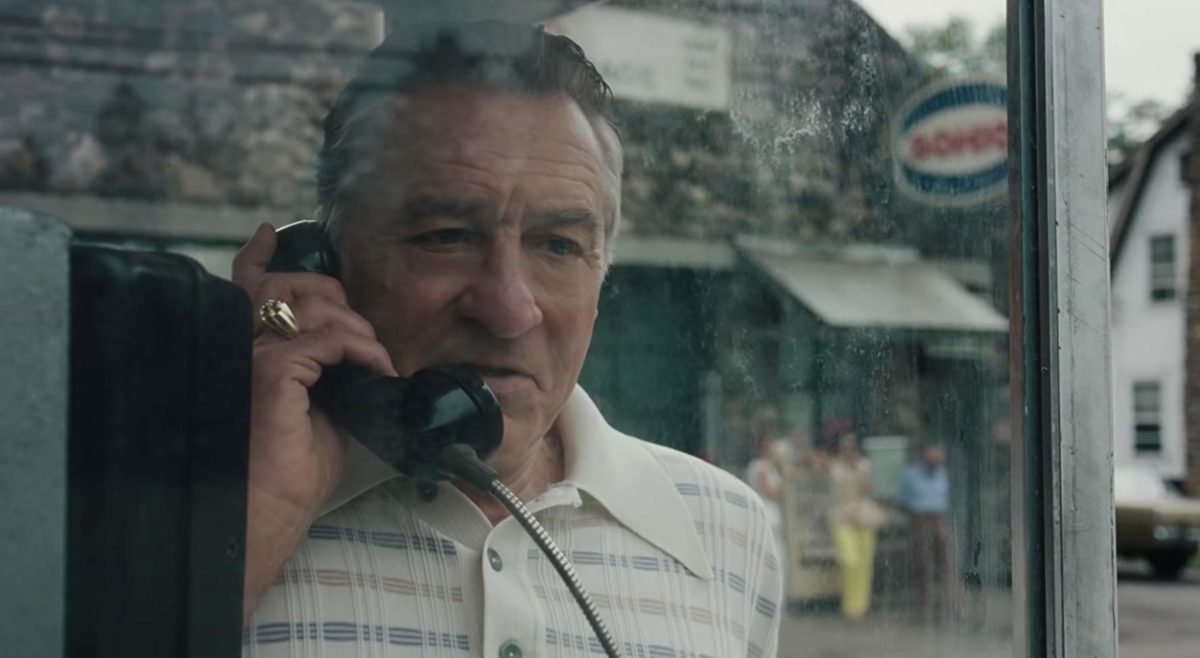 Bret Easton Ellis, author of American Psycho and most recently the memoir White, has become one of our most interesting film critics: A moviemaker who unhesitatingly speaks out about films without fear of reprisal, even while continuing to work in Hollywood.

In the latest episode of his podcast, he offers his thoughts on likely Oscar contenders The Irishman, Marriage Story and Parasite, with excursions into Ford v. Ferrari and The King.

Though the episode is for subscribers only, it’s worth a listen—as is Ellis’ blissful discussion of Once Upon a Time… in Hollywood earlier this year, in which he examines his own feelings about nostalgia and Los Angeles alongside Quentin Tarantino’s.

Also Read:8 The Irishman Inside Jokes and Callbacks

Ellis predicts a three-way Best Picture race between The Irishman, Once Upon a Time… in Hollywood, and Parasite. He says The Irishman “seems like a totally uncompromised vision of the world,” and calls it a work of “pure art” that “gives an audience hope that the death for this kind of theatrical experience is still around the corner and not with us just yet.”

Ellis notes that he found the subject matter perhaps overly familiar for director Martin Scorsese—while at the same time noting that the film takes a newly “funereal” approach in its presentation of mob killings, revealing them to be “basically banal business transactions.”

In his praise for Noah Baumbach’s Marriage Story, which depicts a divorce between a couple played by Adam Driver and Scarlett Johansson, Ellis says he’s heard “rustlings” that some audiences might “uselessly wonder that is at stake for an upper-middle class white family uncoupling.”

Also Read: Ellis on Things I’ve Learned as a Moviemaker

“Well, now I suppose this could be asked of any movie: Why should I care if the characters are living in bourgeois comfort? But in many ways, the movie is about losing all of your money in order to find your freedom,” Ellis says.

He also addresses the “criticism in some woke circles of Ford v. Ferrari, a gorgeously made-for-the-big-screen race car epic with a great performance by Christian Bale, who has never been more likable or winning.” (Bale, of course, had his first major adult role in the film adaptation of American Psycho.) Ellis said it was missing the point to dismiss it as a “white dad movie.”

Ellis uses his positive review of Netflix’s The King, directed by David Michôd, to talk about the state of streaming versus the experience of going to theaters. On his podcast and in his writing, Ellis proves himself a practice-what-you-preach celebrant of seeing movies for grown-ups in actual theaters, even while acknowledging the impact of Netflix and other streaming services.

He notes that The Irishman, Marriage Story, The King and Dolemite Is My Name, all of which had short theatrical releases before going to Netflix, might never have been made without Netflix’s money.

“The Irishman and Marriage Story are two of the best movies of 2019. And if the only option for filmmakers to make movies this good is to go to Netflix, my suspicion is that they will—and in droves. This is the future, whether we like it or not.”

Ellis says Bong Joon-ho’s Parasite, however, must be seen in a theater.

“Joon-ho is addicted to spectacle and his movies need to be seen on a large screen,” Ellis says.

He praises the film as “a crackerjack piece of filmmaking” and a “great movie,” but cuts the review relatively short to avoid too many spoilers.

We’ve barely slid down the surface of the episode, which is available here.