Under the Influence: Brad Coley on Frank the Bastard and the Southern Gothic 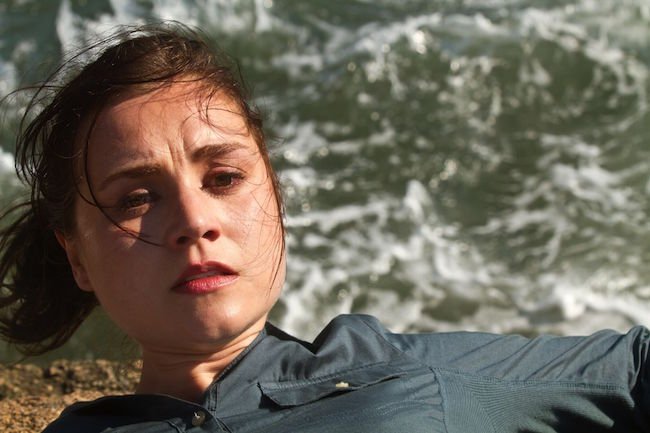 Under the Influence charts the often-mysterious ways that art begets art, calling upon moviemakers to write about one creative work that informed and inspired their own. In this edition, director Brad Coley talks about how he sought inspiration from William Faulkner and the Southern Gothic literary genre in the making of his feature thriller, Frank the Bastard.

Growing up in a broken home and a turbulent family, I remember being drawn to certain forms of storytelling from an early age. I watched my fair share of television and movies, but my earliest and deepest influences were books. I think they were more than an escape mechanism for me—from an early age I could gain an authentic understanding of the world from fiction.

Even though I’d spent my childhood bouncing around a dozen different towns in the northeast, I’d never set foot below New Jersey. But there was something about the deep South and its literature that resonated with me. Reading The Adventures of Huckleberry Finn at age 10 wasn’t just about relating to a boy my age running away to have an epic adventure on a raft (though it was definitely all that); it was also a metaphorical journey into a universe where navigating the waters of the Mississippi river became a rite of passage from youthful innocence to a complicated and dangerous adult world.

William Faulkner wrote almost exclusively about a fictional Southern county, where he found something haunted in every home and heart. His work became emblematic of a genre that came to be known as the Southern Gothic. Writers from Flannery O’Connor to Cormac McCarthy have mined this deep, dark vein. Its influences have seeped deeply into American society and our collective psyches.

Over a hundred years, the form has endured and grown to embrace a wide stylistic range. John Kennedy Toole’s A Confederacy of Dunces revealed its comedic potential and McCarthy took it to the West in his more recent books. Stephen King has shown that the rural South has nothing on backwoods Maine when it came to the dark side. The genre’s influence on television has proven equally boundary breaking—Twin Peaks transposed the Gothic’s emphasis on innocence and depravity, along with its absurd surrealism, to the Pacific northwest. True Detective has moved from South to West (to join such works of art as Breaking Bad). The locational diversity of this “American Gothic” clearly signals the genre’s passage from its Southern roots to its current national prominence. This country has a lot of skeletons in its closets, and many of its best stories derive their power from opening these closets up. So I turned to Southern Gothic and its roots when I began to write the story of Frank the Bastard.

A still from Frank the Bastard

The Gothic sensibility first appeared in the art and architecture of medieval Europe. It was a post-Biblical form that revealed a profound new anxiety, arising as the modern world was about to be born. The Christian church was already beginning to lose its imaginative hold on Western civilization, and that tension created a disorienting vacuum. The Gothic, in all its forms, has always dealt with the trauma of the Fall: that there was once a time and a place that was innocent and good but was then dragged down into degradation and evil. And that mankind, with its flawed and self-destructive nature, is doomed to his fallen state, try as he might to save himself. This leads to the ultimate, and most potentially horrifying question: Is there even a God at all? Or any right or wrong? Or any sense or meaning to existence and the universe?

Certainly, the post-Civil War South had to come to terms sooner with a similar cataclysm. But in an era where global warming has coalesced with multifarious global jihads, the rest of the country and the world have caught up in a hurry. This cosmological uncertainty is as profound and pronounced as ever.

Though it’s a modern day story, the symbols, characters and narrative structure of Frank the Bastard are descended directly from this Old Testament schism. In the film, the local junk baron’s natural gas pipeline is burrowing right through the fallen Eden, the burned commune where the protagonist Clair’s mother died. Clair’s hard-hearted cousin, Alice, is a soul still reeling, propped up by a whiskey bottle, from her own fall from grace. Frank himself, in his mental illness, and his haunted and haunting persona, appears to have fallen the farthest. It gradually becomes clear to Clair that only her great aunt Dora, the seemingly demented octogenarian at the very end of her life, understands that the stakes involved are far more than personal, regional, or historical—they’re eternal. By the end, the story comes full circle, returning to that place where Faulkner first realized, “The past isn’t dead. It isn’t even past.” MM

Frank the Bastard opens in theaters July 24, 2015, courtesy of Paladin. Check out previous installments of Under the Influence here.