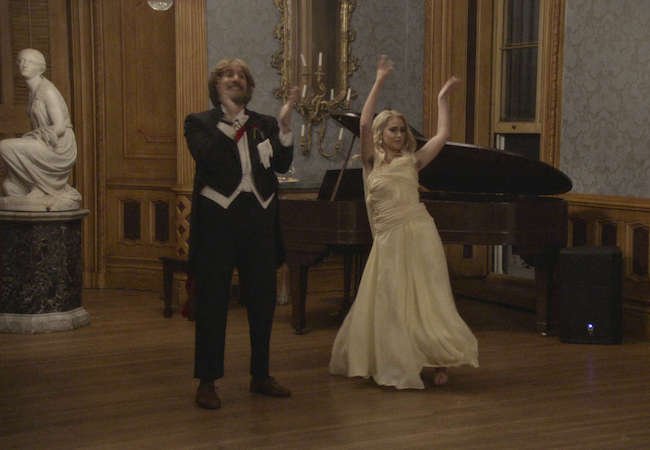 But First: I made a mistake yesterday about Brett Ratner, who is still directing the Milli Vanilli biopic. I’m sorry and appreciate the reader who flagged my error.

Golden Globes Predictions: I agree with every “will win” in this Hollywood Reporter story. Sunday could be a good night for Sacha Baron Cohen.

Also: Did you see that he told Fresh Air he may be done with undercover characters? “At some point, your luck runs out,” Cohen says. Sounds like he’s trying to lull NPR into complacency for a Dr. Nira Cain-N’Degeocello exposé.

Should You Move to Portland? Joshua Leake, co-founder of the Portland Film Festival, makes the case for an incredible film community and great work-life balance, while also sharing lots of good intel about getting your film into the festival. You can listen on the latest MovieMaker podcast on Google or Spotify or right here:

Speaking Of the Russo Brothers: MovieMaker managing editor Caleb Hammond has a fantastic interview with Anthony and Joe Russo about the bold, carefully articulated storytelling techniques they bring to Cherry, about a veteran with PTSD who robs banks to support an opioid habit. He’s played by a captivating Tom Holland. The movie is in theaters today before coming to Apple TV+.

Waxing Nostalgic for When Things Weren’t Weird: Brooklyn’s Peter Luger steakhouse will reopen for indoor dining, and will enforce social distancing by filling certain seats with Madame Tussauds wax figurines of people like Audrey Hepburn and Jon Hamm, Deadline reports. This is all fine and good — until someone books the entire restaurant to dine with his waxwork friends. Relatedly, my wife and I will eating leftovers tonight from Le Pho (L.A. readers: Bamboo Le Pho reopened!) with a roomful of half-melted mannequins while watching Cobra Kai.