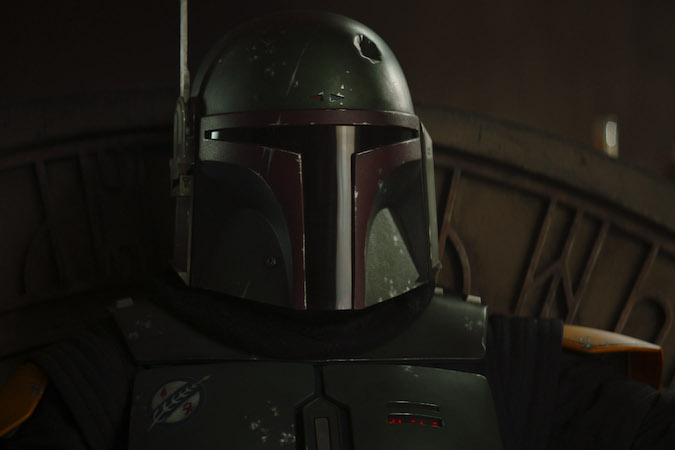 Box office bounced back last month; Dune keeps it going; Vanilla Ice looks back on a movie he made 30 (!) years ago; wolf talk. All in today’s Movie News Rundown.

But First: Sorry I was gone for a while. My wife and I had a baby! Details below.

Rust Shooting Reconstructed: Both The Wall Street Journal and The New York Times have published reconstructions of the tragic shooting on the set of the Alec Baldwin film Rust.

Box Office Rebound: October was the best month at the box office since, you know. [Waves hand across barren landscape.] The Hollywood Reporter tallies the successes of Venom: Let There Be Carnage ($190.4 million domestic), No Time to Die ($133.3 million), Halloween Kills ($85.6 million), Dune ($69.4 million) and The Addams Family 2 ($52.9 million).

How’s Dune Doin’? Dune remains at the top of the box office in its second week, per Box Office Mojo, despite also airing on HBO Max, where I watched it (see good excuse, above). I know you’re supposed to watch it on IMAX, sure, but even on TV, it is exhilarating. An absolutely gorgeous movie. If you can’t get out for whatever reason, I think you’ll still love it streaming.

The Book of Boba Fest Trailer: The new Disney+ series, heralded by The Mandalorian, finds Boba Fett trying to replace his former employer, Jabba the Hutt — and staging a Godfather-like meeting of the galactic criminal underworld, a long time ago in a galaxy far, far away.

Wolf Talk: What scary movies did you watch this Halloween weekend? The missus and I watched, for the first time, American Werewolf in London, and friends: That Rick Baker practical pre-CGI werewolf looks amazing! Yahoo senior entertainment writer Ethan Alter marked the film’s 40th anniversary by breaking down how they did it.

Cool as Ice: Yahoo senior entertainment writer Ethan Alter was kind of on fire this past weekend. He also did this fantastic interview with Vanilla Ice about the 30th anniversary of Cool as Ice, a movie that Gwyneth Paltrow apparently auditioned for but did not get. Things worked out OK for her. Also Ice seems like a level-headed guy who is nice to fans.

Wow, You Are Obsessed With Yahoo Entertainment: Guilty as charged.

Halloween: I also listened to Bret Easton Ellis analyze and review every single Halloween film, from the 1978 original to the new Halloween Kills. Ellis attended an advanced screening of the John Carpenter-Debra Hill original as a teenager in the late summer of 1978, giving him a welcome and unique perspective on the disconnected, oft-rebooted saga’s ups and downs. Listening to the podcast made the missus and I also watch the original Halloween and realize, to our horror: We had never seen the original Halloween. It’s one of those movies you may feel like you’ve seen, if you’ve seen clips and memes and bits on TV and several of the sequels. But watching it on its own, in the context of, you know, itself, revealed it to be a mesmerizing, genuinely unnerving, really masterful movie.

What’s the Baby’s Name Though? Here is her official unveiling: