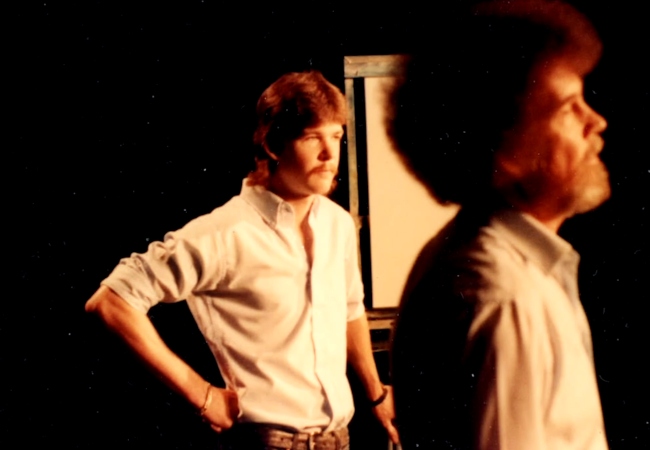 In the doc, Steve — whose full name is Robert Stephen Ross — talks about growing up with his father and absorbing his love of painting. Steve made some appearances in Bob’s long-running public access television show, The Joy of Painting. But Steve is also very honest about how difficult it’s been since his father passed away in 1995.

“I’ve been wanting to get this story out for all these years,” Steve says in the documentary.

In the doc, Steve, artists Dana Jester and John Thamm, and other friends of the late painter make several accusations against the Kowalski family, which own Bob Ross, Inc. (BRI) — a company co-founded by Ross himself and his former business partners Annette and Walter Kowalski that now sells Bob Ross branded merchandise. Among the accusations are one that the Kowalskis tried to steal the rights to Ross’s name in order to profit off of his image and likeness after his death.

In a lengthy statement posted to their website, the Kowalskis and BRI condemned the documentary and strongly denied all of the accusations.

BRI declined to comment beyond the statement on the website. Reps for Netflix and the doc’s director, Joshua Rofé, did not immediately respond to MovieMaker‘s request for comment regarding BRI’s statement.

In 2017, Steve Ross attempted to regain the rights to his father’s name by suing Bob Ross, Inc. but he lost the battle, the documentary explains. Steve appealed the case, but later came to an undisclosed settlement with the Kowalskis and ended the appeal, according to Vanity Fair. 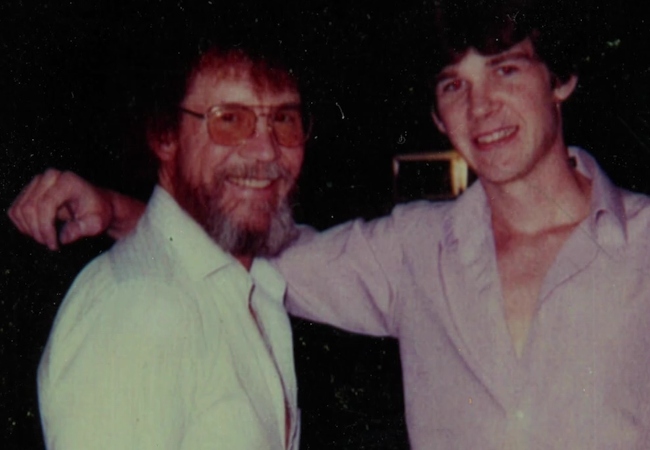 In the documentary, Steve says he went through a period of depression after his father died. He told Vanity Fair that he even stopped painting at one point, but was heartened by the memory that it was always his father’s wish for him to follow in his footsteps.

“I had lost hope in the world and the decency of people, and knew that what could set me free was the truth about my Dad… an artist, a man of such integrity, who I deeply miss,” he told Vanity Fair. “I struggled a lot, and gave up painting for a time.”

After the settlement, Steve no longer had any fear of litigation from the Kowalskis around using the Ross name for his own business ventures, he told the Daily Beast. So, he began teaching classes again. After first dipping his toes back in the water of teaching with Bob’s longtime friend and fellow Dana Jester, Steve was astounded by the positive response he got.

“I didn’t realize that people missed me or wanted to have me do this again,” he told the Daily Beast. “I always knew, but what I mean is, maybe I didn’t want to know. Maybe I reserved the right to remain ignorant.”

He’s since started painting, teaching classes, and hosting workshops again, he told the outlet. As of now, it seems that Steve’s painting and teaching career isn’t going anywhere anytime soon.

“Painting is something in my blood,” he told Vanity Fair. “Probably couldn’t get it out with a paint-thinner transfusion.”