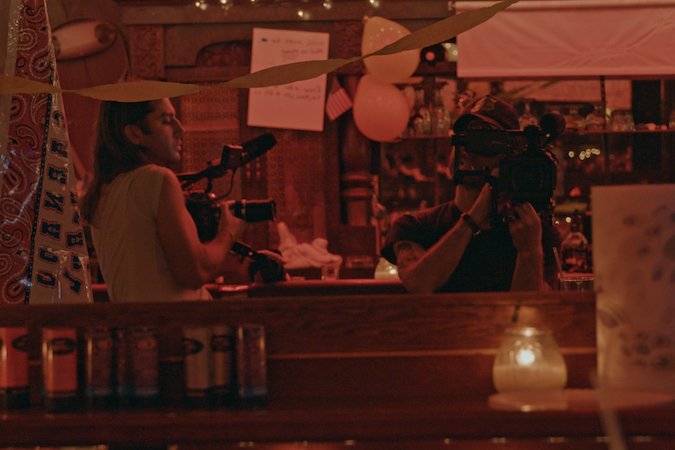 Turner: There’s a lot of serendipity in there. We’ve been working together like this for a long time. So we are able to dance through most of it just receiving.

Bill: We didn’t stage any shot.

Turner: Certainly we choreographed. It’s three o’clock in the afternoon, what are we going to do? We’re going to watch Jeopardy. It wasn’t a call to the cast to say: “Alright, everyone, please assume your positions. Here’s what we’re going to do.” It was more an act of, let’s insert this and see what happens here. Let’s have this entrance and see what happens here, and try to leave them out of it as much as possible, so that they were just responding to the stimuli of the situation.

Jonas: So you’ve got 14 soundtracks. You’ve got an unbelievable amount of footage. I know you filmed several things that aren’t in the final version that have to do with the characters’ lives in Las Vegas outside. There’s car rides; there’s other people. Talk to me about deciding… to keep it in the bar, and decide who got more weight as opposed to the others?

Bill: We were so pissed for so long. The rough cut note just kept being, “Please don’t leave the bar. We love the bar. Why are you taking us out of the bar?” And we just kept punching back on that. It was like, “No, all of these people are wrong. They don’t know what you’re talking about.”

It was a universal note, and eventually, after a lot of pain, I started to listen. And the film is better for it. But that was a real guiding light. I thought it was going to be our easiest edit, because the bar opens, the bar closes — it’s Point A to Point B. But God, that was not true. It was our longest edit. We had 22 people in the bar at one point, and you have to give everybody their time — you have to build narratives for each person. 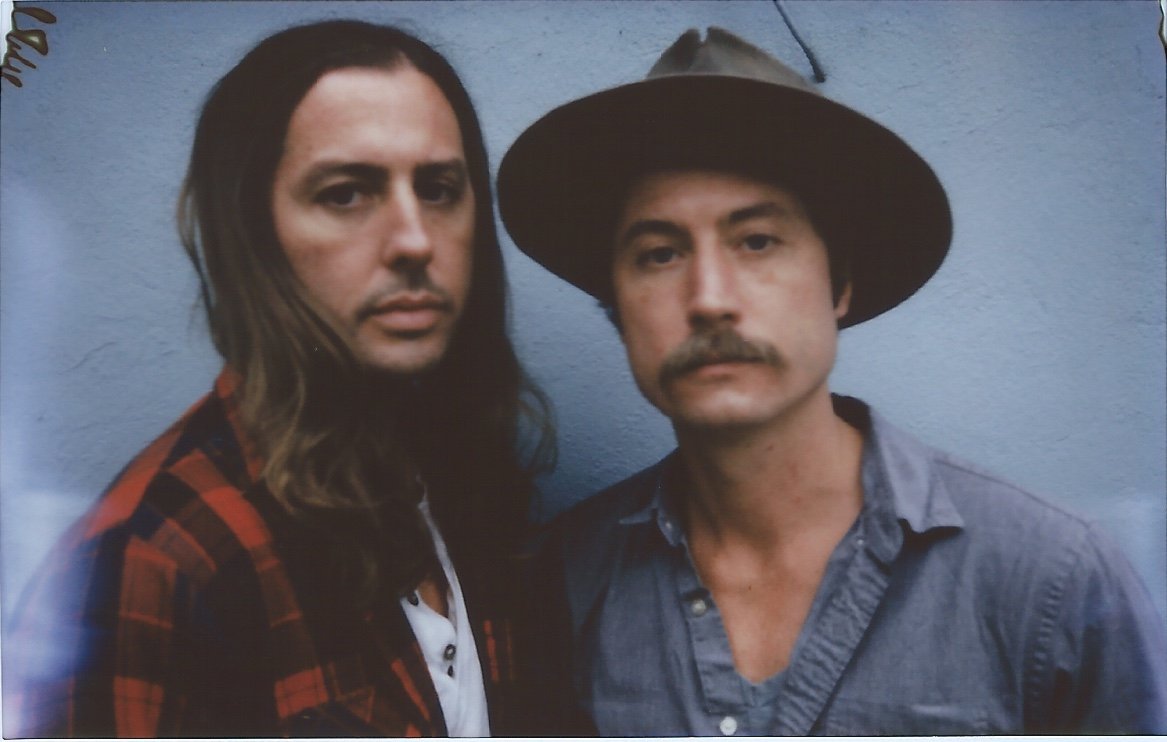 Turner: This was one of the rare instances where Bill and I actually sat together through most of the edit, because there was so much writing involved. We had to follow to make sure that all of these people fulfilled their promise as a character, as a message, and set it all within a natural linear arc, while also trying to make that space an understandable space that viewers can inhabit. It was very difficult.

Bill: It was like juggling 22 balls at the same time. Often, all of the balls would just crash to the ground. We would get so frustrated. Three quarters of the edit, I thought for sure, this was the one that we were finally going to be revealed as phonies and…

Jonas: …and instead you were wrong. … There’s a little bit of that Ross magic sprinkling going on —the stylistic choices, those colors that come in, those text cards in between. Anyone who has seen your other films knows this music and this style is not just key to your filmmaking, but key to you dudes as people.

Bill: The reason we were bouncing outside of the bar in the early edits was because we thought the audience would need to breathe. We felt that room could potentially be a bit claustrophobic.

Bill: Escape valves so we could release the gas here and there. So, a lot of those little layers are intended to be a…

Turner: …a distillation of what we were trying to do. Not only was it an escape valve, but we wanted to build the environment; we wanted to build the world that this space existed in. Inevitably we were able to distill it down into something that was much more punctual and much more thoughtful. And our references were: How does a Rauschenberg painting work? How does a collage work? What is it that distills it down to its essence? Can we just use color theory? The sauce on bar napkins, scribbles in process, time of day— can we just use these simple elements to describe the spaces? 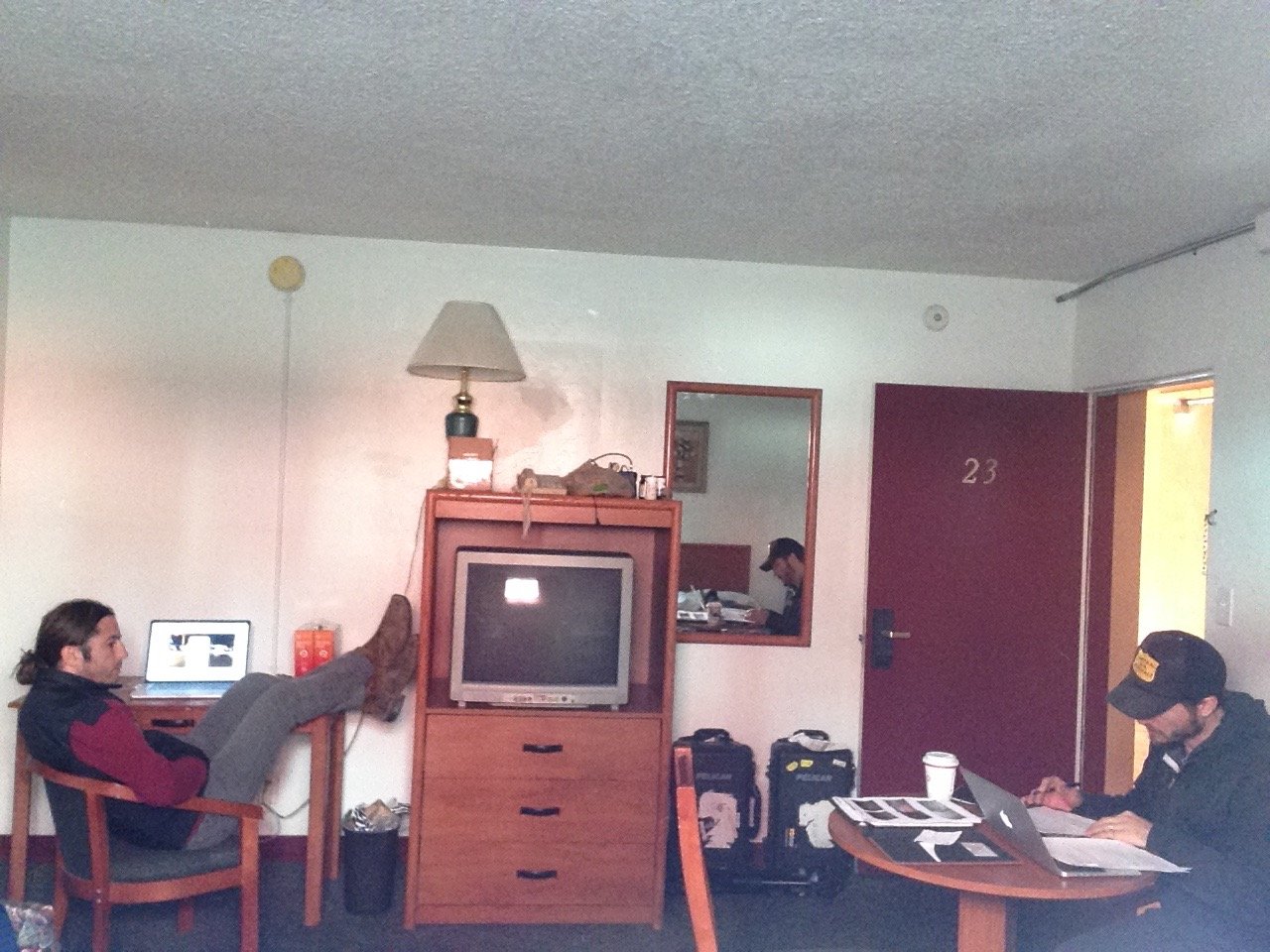 Bill (L) and Turner are sibling moviemakers from Sidney, Ohio, currently based in New Orleans.

Jonas: To me it serves as this punctuation. You’re right, it’s a brief pause from actually being in the bar with those people, and it does give viewers a second to reflect on what’s happened before. Other than that, the film is so nonstop — it’s a lot.

You made these first three films, which is sort of like an Americana trilogy. And then I remember, if I’m not mistaken, you guys were speaking about the next three films looking at spaces people share. First, the arena in Contemporary Color. Now we’ve got a bar in Bloody Nose, Empty Pockets. Is there a third space that we’re going to see in the Ross brothers’ immediate future?

Turner: I admitted to Bill yesterday that I felt the terror. And usually when I’m terrified, it means that we’re about to make something.

Bill: … We don’t know where it’s going to happen yet. But I will say that the Dekalog is a big influence for how we’re looking at this next film.