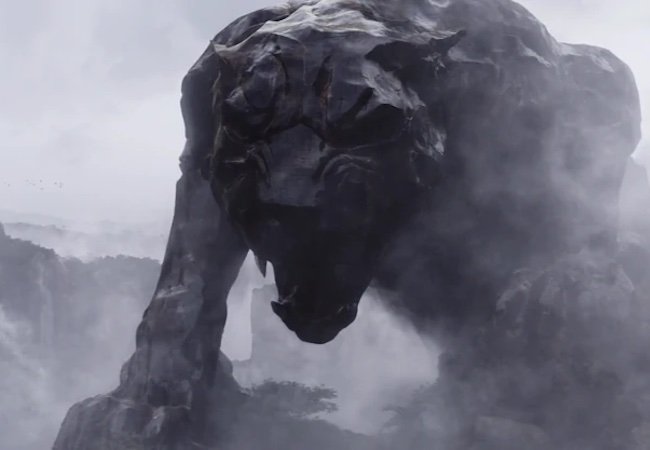 Black Panther 2 will still shoot in Georgia; the making of Netflix hit Synchronic from beginning to end; Oscar show producer Steven Soderbergh unmasks some plans. Plus: The brand-new Shang-Chi trailer. All in today’s Movie News Rundown.
But First: Watching Trayvon Free’s Oscar-nominated Netflix short film, about a police officer killing an unarmed Black man in an endless loop, is especially emotional as Derek Chauvin stands trial in the death of George Floyd. We discuss it in the latest Low Key podcast, on Apple and Spotify and here:


Synchronic A-Z: Synchronic, a sci-fi horror film starring Anthony Mackie and Jamie Dornan, is No. 1 on Netflix. Here are Synchronic directors Justin Benson and Aaron Moorhead explaining every step of making the film, from screenwriting to development to production to post to distribution. If those terms are new to you, this article is a great way to understand them. Moorhead stresses that while a smooth process is great, “The goal is not smoothness” — the goal is a good movie.
Totally Different Oscars: “I know it’s not going to be like anything that’s been done before, so we’re leaning into that,” says Steven Soderbergh, one of the three producers of the 93rd Oscars telecast, which will air this Sunday, April 25. He adds “cryptically,” according to The Hollywood Reporter: “Masks are going to play a very important role in the story of this evening.”
Black Panther 2 Stays in Georgia: The film’s director, Ryan Coogler, wrote a piece for Deadline explaining why he will continue to shoot in Georgia despite his opposition to SB202 and “its shameful roots in Jim Crow.” He writes: “Having now spoken with voting rights activists in the state, I have come to understand that many of the people employed by my film, including all the local vendors and businesses we engage, are the very same people who will bear the brunt of SB202.” People who support the bill love to claim that its critics haven’t read it, but they can save it this time: Coogler outlines the problems in detail in the Deadline piece, and says he’ll be donating to Stacey Abrams’ Fair Fight Action.
Shang-Chi Trailer: Here’s the trailer for Marvel’s Shang-Chi and the Legend of the Ten Rings, starring Simu Liu and directed by Destin Daniel Cretton. It’s out today on what also happens to be Liu’s 31st birthday.

SCAD Breaks Ground: The Savannah College of Art and Design just broke ground on a major expansion of its Savannah Film Studios, which will result in “the largest, most comprehensive university film studio complex in the country,” the university says. It includes a Hollywood-style backlot on 10 acres, designed with production designer Paul Wonsek, that will include a scene from Savannah’s historic district, an urban setting and a suburban backdrop.
Bret Easton Ellis Merch: The American Psycho author is selling books, T-shirts and other fun analog things with a new merch store. His partner, Todd Michael Schultz, tells The Hollywood Reporter: “It’s not just a cynical money-making scheme. It’s about valuing the book and the tactile pleasure of holding a book in your hand, putting it on your shelf and having a piece to show off at dinner. These books are here to be read.” Moments before writing this I was listening to the latest installment of Ellis’ new novel The Shards, via his podcast, and found myself saying aloud, “Damn. Great job, Bret Easton Ellis.”
Downton Abbey 2: Hugh Dancy, Laura Haddock, Nathalie Baye and Dominic West will join the original Downton Abbey cast for a sequel coming December 22 from Focus Features, the company announced this morning. I have never seen Downton Abbey so have no thoughts on this but am happy for the fans.
Comment of the Day: Here’s Mark on the criticisms that Chloé Zhao’s Nomadland goes too easy on Amazon: “Zhao gave us eyes into a world we had never seen. Then she gave us the respect to use our own brains to analyze and ask questions. She obviously provoked a large discussion on this phenomenon without even offering an opinion of her own. I would say she is a true artist. Not only that but now look how her critics are so demanding that she beat us all over the head with a conclusion like they do. ProPublica only wishes their efforts had done a tenth of what Zhao has accomplished in this monumental work. Yet they presume to educate her on communicating issues of justice.”
How did Two Distant Strangers Get Its Name? I didn’t realize the answer until Low Key podcast host Keith Dennie explained it during the episode above. The answer is 50 seconds into this song: