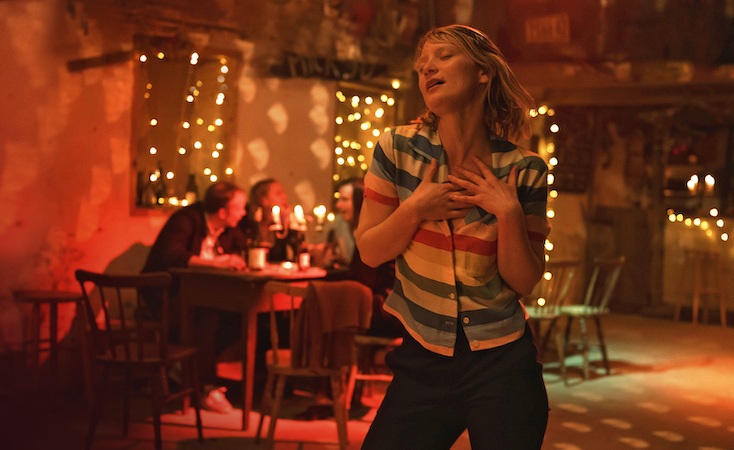 French director Mia Hansen-Løve traveled twice to the Swedish island of Fårö as she made her film Bergman Island: once to see if her idea for the film worked, and once to write most of the script. The island was the home of Ingmar Bergman for many years, and he shot many of his films there. In Bergman Island, a filmmaker couple — Chris (Vicky Krieps) and Tony (Tim Roth) — travel to Fårö for a writer’s retreat. As she describes her film idea to him, we see it unfold. Chris’ story is about another filmmaker, Amy (Mia Wasikowska), who goes to Fårö for a wedding, and rekindles an old flame.

Long before I knew that I was going to set the film on Fårö, I knew I wanted to make a film about a couple of filmmakers. That would be a film not only about filmmaking, but ultimately about creation, and the process of writing, and the difficulty of being in a relationship, and finding your own way as a creator. That was in my mind first, for many years.

I had never been to Fårö when I got the idea to set it there. I needed to go there and actually see what happened when I confronted my fantasy of it with the reality of it. I had a couple of ideas for a possible film, but it was very imprecise. When I went there, it became real for me. I fell in love with the island even more than I was hoping to.

Bergman’s famous love for the island and the fact that he lived there could have been debilitating, something that frightened me. And actually, it was a different story. Bergman’s omnipresence is part of why I enjoyed it. It was never something that I thought was a threat. It was extremely inspiring and quite unique. If the experience had been bad, or for some reason not inspiring, then there would not have been the film. I was totally at peace with that.

Sometimes you write something and there’s an energy and it’s happening within a year. There is no film and suddenly there is a film — like that. And sometimes it’s a long process —  you have something in mind but time needs to pass. You need to get older. You need more maturity. Bergman Island was that kind of project.

The first time I went, I was there only for a few days. It was not about writing, it was really just about looking at how it really is, and if it seems inspiring. I went back about two years later. That time I stayed for months, and I wrote. When I arrived there the second time, I had already been making this kind of outline that you see Chris doing in the film.

I already had the idea of the film-in-the-film, which became the right way of capturing what writing and filming and cinema is in my life. It seemed to me that the best way to capture that idea was to do a film where I was showing not only the process, but the way you go back and forth between reality and fiction, between everyday life and the imaginary world that’s actually connected to your life.

I stayed in two different houses. I stayed first in the house you see in the film, but they kicked me out because there was a family who had come there, and I was alone. So they put me up in another smaller house, where I freaked out. This other house was too close to Bergman’s private home, maybe, and it was in the middle of the forest. So it got really scary. At some point, I left that house and went to a bed and breakfast until I could go back to the first house. If I were to do a film about my experience on Fårö, it would be quite different from Bergman Island.

I finished the script at home in Paris, but the most important, organic part of the script was found while I was on Fårö. I don’t know if there are any scripts that I wrote only in one place, because of my life. I love more than anything being in the country when I write. I wish I could go there for each of my scripts and stay there for three months, but I happen to have two kids. When I did my first two films and didn’t have kids yet, then I could go anywhere and write. I basically had to adapt. So I cannot afford to be superstitious. I have to do my best with the situation.

I could, for instance, easily write an outline in Paris. But when it’s about really writing the scenes, one after the other, if I can, I escape Paris, so I can really focus. But it’s not like I always can.

I write more in the morning. I never write in the evening — I don’t know how to do that. I admire people who can have dinner and a drink and then go back to work and write at midnight — that’s something I could never do. Writing for me is something that has to do with the clarity of the morning.

I don’t rehearse with actors most of the time, unless they ask me to read with them to make sure they are at ease with the lines. In my scripts, there are not many long dialogue scenes that you can easily rehearse. “Chris is on her bike and the rain falls” — you cannot rehearse that.

I have a tendency to over-prepare, in terms of the filming and the mise-en-scène. But as far as the acting, I like to take the risk with the actors of discovering the right tone of the film when we are very subjective. It’s not something that I could define.

Also read: Mass: How Fran Kranz Wrote the Script for the School-Shooting Drama

What I call truth has to do with an inner music that I have in my mind, and I’m trying to get closer to that. But at the same time, I also try to listen to the music of the actor’s own voice, the actor’s own music, because it’s not necessarily exactly filming. I’m looking for a certain feeling of truth — it’s the same. So you have to find the right way to make both become one: their music, my music, in terms of the mood, the style, the way of speaking, the way of expressing yourself. 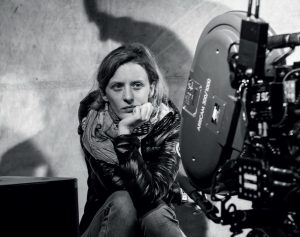 It has a lot to do with the mood, and with the rhythm: Should it be faster? Slower? It’s small things. The way I express this to the actors looks very simple. With very simple directions, you can express all the nuances. With just a few colors, you can create all the colors.

What I look for when I work with actors is that the performance is never affected. My direction goes toward more simplicity. I’m trying to let them get rid of all this intention and just be the character.

The work for me on the set has to do with finding the right gesture, the right movements. That’s where you find the truth of a scene, of a line, of a character. I want to find a certain innocence. It’s why I worked with non-professional actors for so long, until I decided to start working with more experienced or famous actors. When I started making films, I enjoyed working with people who were not self-aware.

I do think that you can find that with professional actors, but you have to be very attentive. You have to be critical, somehow. You should not think, OK, they are great, so whatever they do is great. Any actor, even the most experienced and self-confident and genius actor, needs a director to find the right tone — they need you.

You need them, but they also need you — that’s normal. You need to be attentive to make sure they don’t become too self-aware of what they do. Finding that innocence is not always a given. It’s a constant vigilance, a constant attention.

Bergman Island, written and directed by Mia Hansen-Løve, opens in theaters and on VOD on Friday.