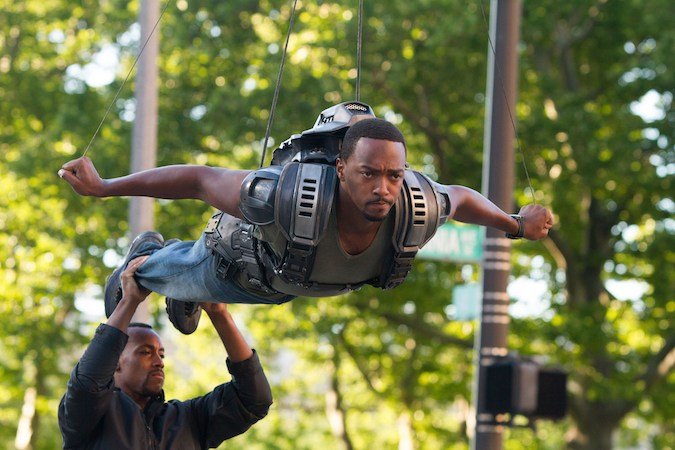 Anthony Mackie, star of the Avengers films and the upcoming show The Falcon and the Winter Soldier, called out what he says is a lack of behind-the-scenes diversity  on Marvel productions outside of Black Panther.

Mackie spoke on the issue with Snowpiercer star Daveed Diggs as part of Variety‘s “Actors on Actors” interview series. Mackie told Diggs he was “bothered,” that most crew members on Marvel sets are white.

“It really bothered me that I’ve done seven Marvel movies where every producer, every director, every stunt-person, every costume designer, every PA, every single person has been white,” said Mackie. “We’ve had one black producer — his name is Nate Moore.”

Mackie pointed out that Moore produced Black Panther, which was the top-grossing film of 2018 and the only Marvel film produced, directed, and otherwise creatively conceived by Black artists.

“You have a Black director, Black producer… and I’m like, that’s more racist than anything else,” said Mackie. “If you only can hire the Black people for the Black movie, are you saying they’re not good enough when you have a mostly white cast?”

Mackie said he felt obligated to push race issues as a prominent black actor. He said to Diggs, “We definitely have the power and the ability to ask those questions.”

Mackie elaborated on using his clout as a leading man in Hollywood. “My big push with Marvel, with everyone, is hire the best person for the job,” he said. “Even if it means we’re going to get the best two women, we’re going to get the best two men. Fine. I’m cool with those numbers for the next ten years. Because it starts to build a new generation of people who can put something on their resume to get them other jobs.”

“If we’ve got to divvy out as a percentage, divvy it out,” Mackie concluded. “And that’s something as leading men that we can go in and push for.”

Mackie joined the Marvel Universe in 2014 Captain America: The Winter Soldier, in which his character, Sam Wilson, befriended Steve Rogers (Chris Evans), the original Captain America. In Avengers: Endgame, the end of Rogers’ arc, he passed on his shield to Wilson, making The Falcon the new Captain America.