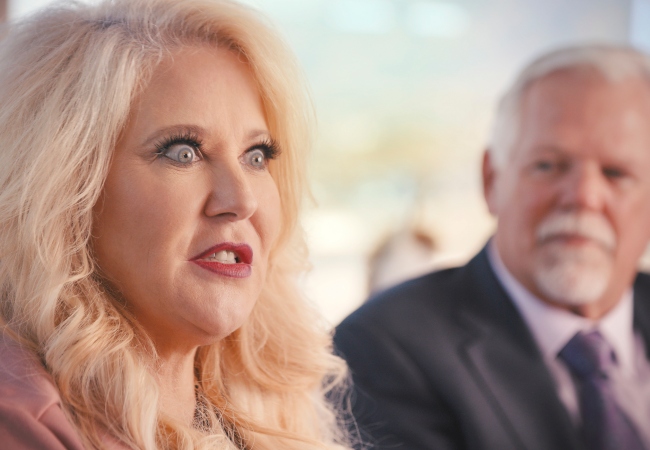 The filmmaking duo are the same directors behind Hulu’s Fyre Fraud, Netflix’s The Pharmacist, and Paramount TV’s Rest in Power: The Trayvon Martin Story and TIME: The Kalief Browder Story, the last two of which they made in partnership with Shawn Carter, better known as Jay-Z.

The fashion retail brand is the latest slice of the zeitgeist that Furst and Nason, who co-founded their production company Cinemart in 2011, are exploring. LuLaRoe’s wide variety of colorful, printed clothing has especially taken millennial moms by storm in the last seven years. The brand’s peppy, feminist-inspired slogans, peddled by founders Mark and Deanne Stidham, have attracted women hooked on the hope of selling leggings in the hopes of earning full-time pay for part-time work.

But according to many of the former LuLaRoe retailers interviewed in the docuseries, the financial and emotional costs of joining the company far outweighed the benefits.

“The biggest thing I thought was shocking to me is a lot of these people involved in this company were sold the idea of women’s empowerment and cheap pop feminist hashtags like ‘girl boss’ and ‘you can have it all,'” said Nason. “What was surprising to me is, most everybody — from the guy who is an expert on pyramid schemes and MLMs to the retailer who lost her home and everything — basically didn’t want to be asked what they felt like in terms of if this was a patriarchal structure, this company.”

Also Read: Here’s What a 1947 Movie About a Wild Night Out Has in Common With The Hangover

“When we asked the question, ‘Does patriarchy represent anything in this story?’ A lot of people recoiled,” she continued. “People were kind of put off when we were threading the needle a little bit more, plain and simple, asking what the definition of patriarchy is and if misogyny played a role in being sold women’s empowerment in an MLM.” 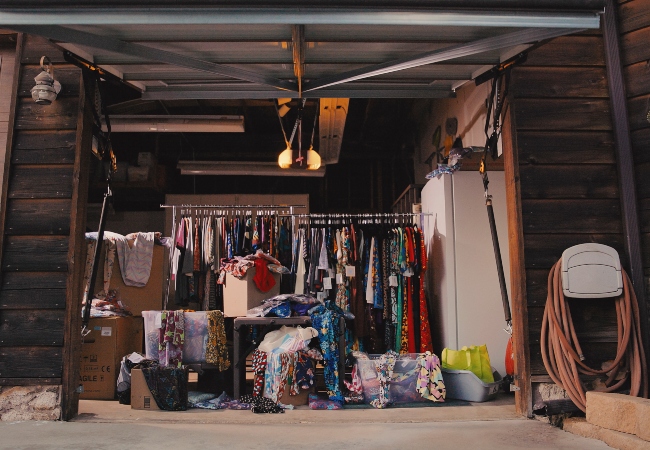 For those not familiar with multi-level marketing companies, or MLMs, some examples are Avon and Mary Kay — makeup brands sold door-to-door, usually by a cheerful woman with a suitcase full of eyeshadows. There’s also Amway with its health and beauty products, Herbalife with its many protein shakes, Rodan + Fields with its skincare line — the list goes on and on.

To be clear, MLMs are perfectly legal, thanks to a landmark 1979 ruling by the Federal Trade Commission in Amway’s favor.

But as LuLaRich points out, there are only a few key differences that separate MLMs from pyramid schemes. According to the FTC website, “MLM companies sell their products or services through person-to-person sales. That means you’re selling directly to other people, maybe from your home, a customer’s home, or online.” The FTC notes that MLM participants can make money one of two ways: by selling products to customers outside of the MLM, or by recruiting new distributors and earning commissions on what they sell. Here’s what the FTC notes is the key difference between MLMs and pyramid schemes: “If the MLM is not a pyramid scheme, it will pay you based on your sales to retail customers, without having to recruit new distributors.”

In February, LuLaRoe settled a lawsuit filed by Washington state that accused the fashion company of being a pyramid scheme in disguise. Mark and Deanne Stidham have vehemently denied that LuLaRoe is a pyramid scheme. The company is still in business, with approximately 18,000 retailers operating in the U.S. as of 2021, according to the docuseries.

Reps for LuLaRoe did not immediately respond to a request for comment for this story, but the company provided the following statement at the end of the docuseries:

“We continue to bring greater focus to our mission of improving lives and strengthening families through the principles of entrepreneurism while continuing to educate small business owners about the opportunities found in personal responsibility and individual choice.”

Furst and Nason hope that their docuseries LuLaRich will educate young people about MLMs.

“We hope that it will help tap into people [so they] just have more autonomy with understanding how this stuff works, because it’s confusing for a reason,” Nason said.

“The American dream, the promise of it, has not lessened in any way for people around this country. They’re still thirsty for hope, opportunity, and something to save them from a reality that is in many ways too painful to look at,” Furst said.

“A lot of empathy can be built for people about how one gets hooked into something like this. I mean, these are very charismatic people, and they have a dream and a vision that’s very attractive to a lot of people around this country who are struggling and don’t have real opportunity,” he added. “A lot of people are easy to point and gawk and laugh at a dumpster fire, but I think what makes these things fascinating is when we see our own clothes and our own couch and think, that’s my stuff in the dumpster fire, too.”

This story was originally posted on September 10, and has been updated.