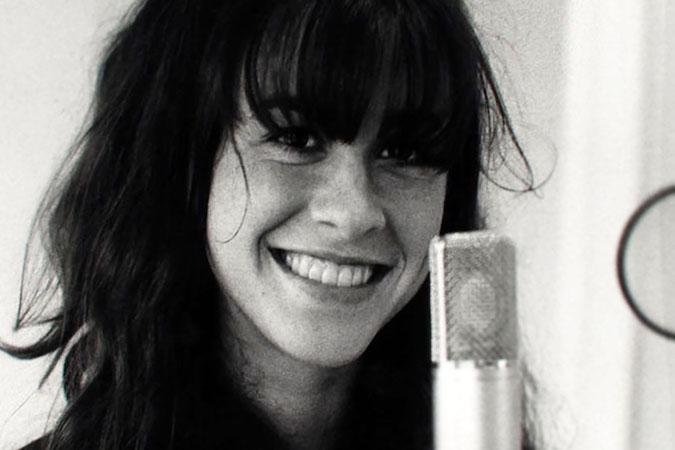 Alanis Morissette says in the new HBO documentary Jagged that she was raped multiple times as a 15-year-old — and that when she told people about it, no one did anything.

The film, now playing at the Toronto International Film Festival, focuses on Morissette’s breakout stardom in the ’90s and the difficulties of navigating the music industry as a young female star. The critical praise she received was often undercut by criticism of how “angry” she seemed. But she became one of the most successful artists in pop-rock history, and an inspiration to artists like Taylor Swift and Beyonce, both of whom are seen performing her song “You Oughta Know” in the doc.

At one point in the film, director Alison Klayman juxtaposes a decades-old interview in which Morissette talks about difficult relationships, with a new interview in which the Canadian icon, now 47, says she was a victim of multiple statutory rapes, and that no one helped her when she spoke out. She does not name any assailant, but it’s clear she’s talking about more than one case.

Also Read: In Dashcam, a Trump Troll Is Tormented by Anarchy in the UK

“I had no idea what the concept of a professional boundary meant, but it was me getting a sense of of boundaries, or lack thereof,” she says in the film. “Me not telling specific information about my experience as a teenager was almost solely around wanting to protect — protect my parents, protect my brothers, protect future partners, protect myself, protect my physical safety.”

At that point Morissette pauses, telling her interviewer: “I’m gonna need some help because I never talk about this shit.”

“There’s a lot of shame around having any kind of victimization of any kind, and it took me years in therapy to even admit that there had been any kind of victimization on my part. I would always say, you know I was consenting. And then I’d be reminded, ‘Hey — you were 15. You’re not consenting at 15.’ Now, like, oh yeah — they’re all pedophiles. They’re all statutory rape.”

Canada’s age of consent is 16.

She adds: “I did tell a few people. … It kind of fell on deaf ears a little bit. It would usually be a stand-up, walk-out-of-the-room moment.”

Then she talks more generally about women who come forward with sexual abuse allegations, and aren’t believed.

“A lot of people say, ‘Why did that woman wait 30 years?’ I’m like fuck off, they didn’t wait 30 years. No one was listening, or their livelihood was threatened, or their family was threatened. So yeah, the whole ‘Why do women wait’ thing? Women don’t wait. A culture doesn’t listen.”

The film premieres at Toronto tonight and is available now digitally. But The Washington Post reports that Morrisette is unhappy with the film for “unspecified reasons” and will not attend. The Post cited “a person familiar with Morissette’s plans.”

Klayman told Deadline in regards to Morissette not attending: “Of course, it would have been great if she could be here with us, but I’m so grateful for all the time that she did put into making this film.”

Morissette talks at length in the film about the difficulties of being a woman in a male-dominated industry — and says problems persisted even though she was the star. She notes her anger when she found at that the men in her backup band would leverage access to Morissette to meet female fans. (Morissette pointedly rejects the term “groupies” as dehumanizing.)

Jagged includes interviews with Shirley Manson of Garbage, critic Hanif Abdurraqib, and filmmaker Kevin Smith,  who cast Alanis Morissette as God in his film Dogma. The film takes its title from Morissette’s massive hit record Jagged Little Pill, which has sold 33 million copies — the 12th most in music history.

The film is produced by The Ringer founder Bill Simmons, who has a deal with HBO for a series of music-centered documentaries. Another, Listening to Kenny G, is also premiering at TIFF.