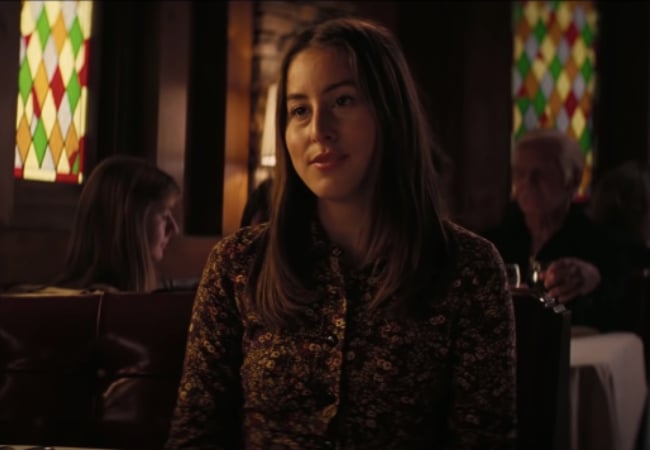 JLaw is Elizabeth Holmes: And Adam McKay is directing her in their new film Bad Blood, which just landed at Apple Studios, according to The Hollywood Reporter. I hope the movie spills all the Theranos tea, which is funny because Theranos always kind of reminded me of Thermos, the classic brand that keeps tea, and many other liquids, hot! Lawrence can be seen next in McKay’s end of the world satire Don’t Look Up, which hits theaters Friday.

Alana Haim Tells a Story: In an adorably modest conversation with The New York Times‘ Lindsay Zoladz, Alana Haim told the story of how Paul Thomas Anderson first asked her to star in his new movie Licorice Pizza. Haim didn’t get it at first. When she opened up his email with the script full of lines for Alana, the thought of appearing in a movie was so foreign to her that she assumed he had just named a character after her.

PTA Laughs: When Zoladz told Anderson about Haim’s version of events, he “sighed and then laughed for a long time.” “Wouldn’t it have been completely rude and insane of me to send her a script with a character named Alana, only to say, ‘Thanks for reading it, I appreciate your notes, I’m going to go hire an actress to play a woman named Alana?'” he said. Yes, it would have been. Good thing he did not do that!

William H. Macy: Is being honored with the outstanding achievement in entertainment award at the Las Cruces International Film Festival in New Mexico. Mark your calendars now, because it’s happening in March 2022, which feels like a really far date in the future but is actually only three-ish months from now (shudders). During his stay, Macy will also be speaking to students at New Mexico State University and will also give a Q&A after a screening of his academy award-winning movie Fargo. You can buy tickets here.

Prepare Yourself Now: Because Steven Spielberg’s next movie is premiering in less than a year. It’s arriving in theaters on Nov. 23, 2022 — another date that frankly seems made up. What is time? Anyways. It’s called The Fablemans, and there aren’t a lot of plot details yet, but The Hollywood Reporter describes it as a coming-of-age story “loosely based on Spielberg’s formative years and his relationship with his parents.” It’s going to star Michelle Williams, Seth Rogen, Gabriel LaBelle, and the magnificent Paul Dano.

Side Note: If you never saw Paul Dano in Escape at Dannemora, the Showtime limited series about the true story of two inmates (played by Dano and Benicio Del Toro) who escaped from prison with the help of a woman who worked there named Tilly Mitchell (Patricia Arquette), you should watch it. I’ve always felt like this was a television moment that got kind of overlooked and genuinely deserved more recognition.

Rising Voices Continues: The job site Indeed has committed an additional $3 million to its partnership with Lena Waithe’s Hillman Grad Productions’ Rising Voices initiative, which selects 10 Black, Indigenous, and People of Color (BIPOC) filmmakers to receive $100,000 in funding to create a 15-minute short film. Last year’s program was such a success that it will continue for a second year, and even add a filmmaker residency program.

Netflix Still Likes Dave Chappelle: Enough to have Chappelle headlining at the Hollywood Bowl during the streaming service’s Netflix Is a Joke comedy festival. There will be 130 comics in total, with events also taking place at The Greek Theater, the Forum, and the Staples Center, which has apparently been renamed to the Crypto.com Arena when my back was turned. According to The Hollywood Reporter, the festival is taking place from April 28 to May 8th, 2022. Tickets go on sale on Dec. 10 at www.NetflixIsAJokeFest.com.

For Context: It was previously unclear whether Netflix would continue to work with Chappelle after his highly divisive special The Closer, which was the last in his series of Netflix specials, and which included jokes about the LGBTQ+ community that drew the ire of many who support that community, including some Netflix employees.

If You Weren’t Convinced: That Escape at Dannemora is awesome, watch this trailer.