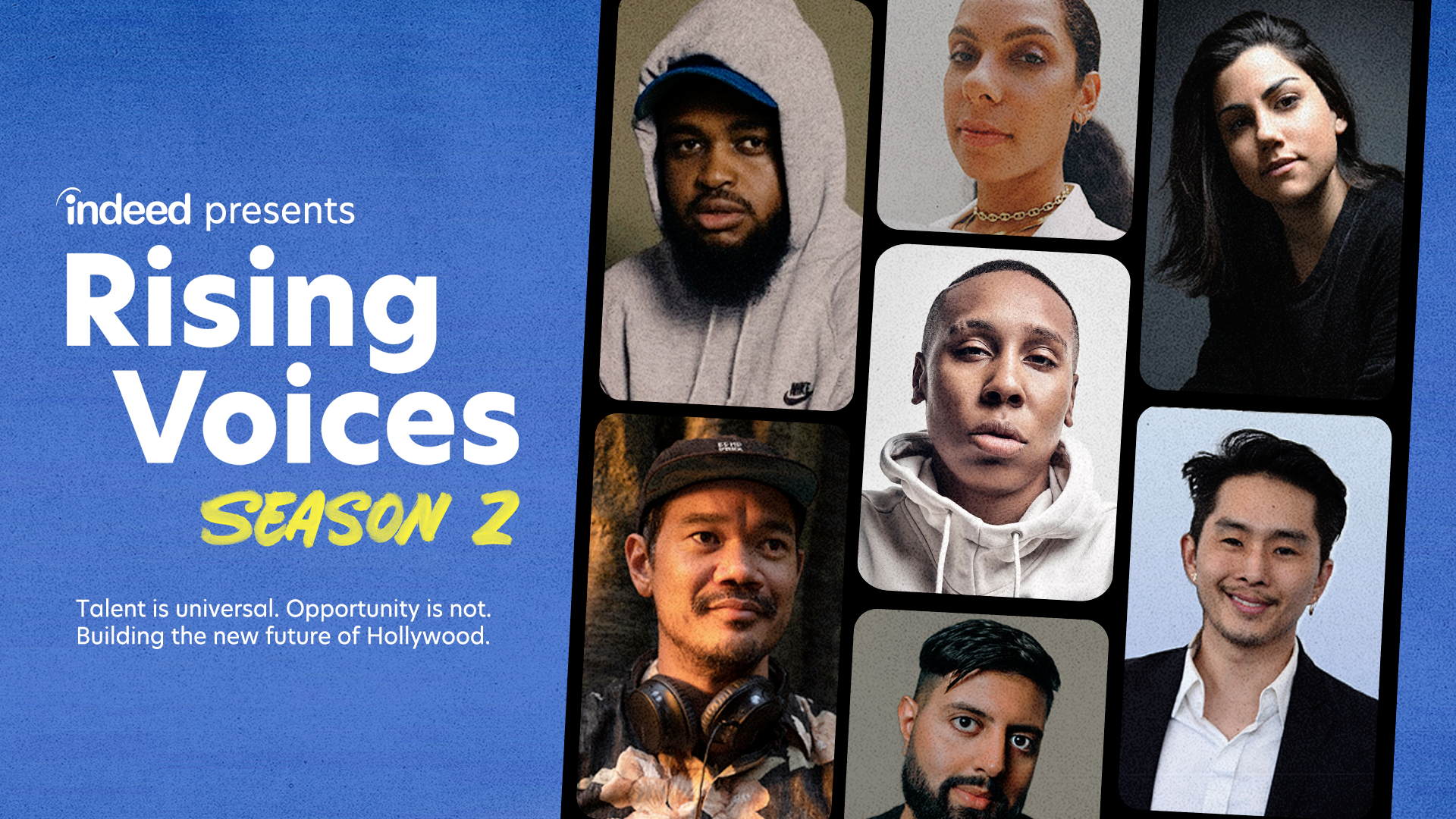 Lena Waithe and her Hillman Grad Productions are extending their partnership with Indeed job site to continue the Rising Voices initiative for a second year.

The initiative gives 10 Black, Indigenous, and People of Color (BIPOC) filmmakers a chance to receive $100,000 each to fund a 15-minute short film.

“We are thrilled to be bringing back the Rising Voices program with our partners at Indeed,” said Waithe and Hillman Grad President Rishi Rajani. “This year’s brilliant films and filmmakers proved that there are so many stories out there to tell and so many artists ready to tell them. Creating these opportunities for underrepresented voices and kickstarting their careers is fundamental to our mission here at Hillman Grad. We are grateful to Indeed for their trust in us as we continue to grow this initiative. $100k per film. 10 films. Year 2 applications are open now!”

Just like the first year of Rising Voices, Indeed and Hillman Grad are putting out a call for BIPOC filmmakers to share screenplays that center around “the meaning of work and how connecting all people to opportunity leads to better lives.”

Filmmakers interested in applying should visit the Rising Voices website and submit their screenplays highlighting how jobs can change the world by January 4, 2022.

10 filmmakers will be selected and announced by early February to receive a production budget of $100,000 to create a short film of 15 minutes or less. Each film will debut at a festival in 2022 and the filmmakers will be mentored by a variety of filmmakers including Waithe herself. They will also each recieve a $10,000 writing fee and will have access to a production line crew.

“The incredible work of the filmmakers in Season 1 of Rising Voices demonstrated our belief that talent is universal, but opportunity is not. The proof is in the amazing work the filmmakers have gone on to do after the premiere at the Tribeca Festival,” said Indeed CEO Chris Hyams. “I am ecstatic to expand our partnership with Lena Waithe and Hillman Grad Productions to have a production and development lab for some of the talent we discovered last year and help another class of filmmakers be seen, heard and financed. I am excited to see how the new voices and perspectives will showcase the meaning of work to the millions of people who rely on Indeed to find their next job.”

“Continuing this partnership with Lena Waithe and Hillman Grad will expand the creation of sustainable job opportunities for talented underrepresented creatives,” said Indeed’s LaFawn Davis, SVP at Indeed. “We are excited to also provide mentorship throughout this process to further enhance the experience for the filmmakers and help prepare them for a career in the film industry.”

The first year of Rising Voices saw over 800 filmmakers apply to be part of the opportunity and more than 650 jobs created through the process, according to Indeed. Each of the original 10 finalists had their films debuted at a festival in June 2021. Other exciting milestones that the first year finalists have achieved include: David Fortune is developing a docu-series and a follow up to his Rising Voices short film Shoebox; Gabriela Ortega was accepted into the Sundance Art of Practice fellowship and is turning her Rising Voices film Huella into a feature film; and Deondray and Quincy LeNear Gossfield’s Rising Voices film Flame won Excellence in Cinematography at the Out Film Festival in Atlanta as well as First Runner Up for Best Local Short Film, among many other achievements by the finalists.