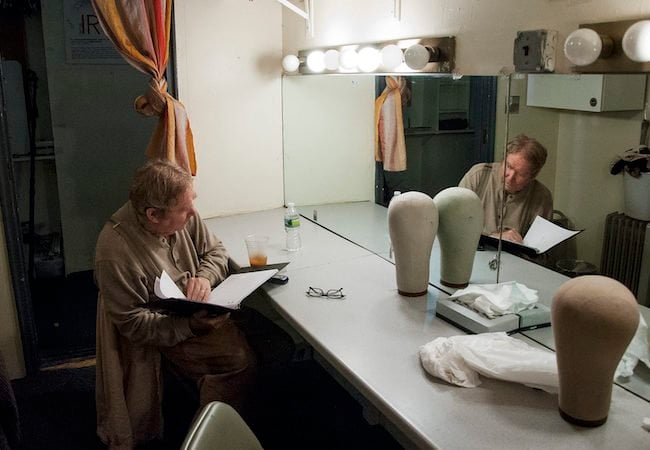 In today’s Movie News Rundown: A great Jodie Foster interview on her entire career; Mission: Impossible changes its plans; Cameron Crowe has been kicking around a cool Jerry Maguire idea; and we recommend a Slamdance documentary about two actors in the fight of their lives.

But First: Looking for a fantastic LGTBQ+ film festival? Ryan Coleman has compiled this list of fests from around the globe.

Jodie Foster: Marc Maron released a fantastic career-retrospective-style interview with Foster on what happened to be almost the exact 30th anniversary of Silence of the Lambs. She talks about everything you would never expect her to talk about, as well as how she initially thought Lambs director Jonathan Demme was wrong for the film. The feeling was mutual! But everything worked out pretty well.

Recommendation: My favorite Slamdance film so far is Me to Play, a documentary about two New York actors with Parkinson’s, putting on what may be their last play — Samuel Beckett’s Endgame, which Beckett wrote after his mother died of Parkinson’s. The debut feature from Jim Bernfield is very moving, and absent of fake sentiment. Here’s an excerpt about one of the actors, Chris Jones:

Reminder: You can watch every Slamdance film for $10 — $5 for students.

Mission: Impossible: Changed: Deadline exclusively reports that Mission: Impossible 7 and 8 will no longer be filmed back-to-back, in part because Tom Cruise is needed for Top Gun: Maverick promotion. That film, originally planned for last year, is now expected July 2. Deadline, a sentient publication, also writes that “Deadline understands that stories in the UK tabloids this weekend claiming Mission: Impossible 7 had been disrupted by pandemic-related travel issues are false.” Mission: Impossible 7 is scheduled for November 19 of this very year and Mission: Impossible 8 is on track for Nov. 4, 2022. I: very much enjoy using colons and so this post was pure ecstasy for me.

Jerry Maguire 2: The Tidwells: To be clear, this isn’t happening. But when Collider asked director Cameron Crowe if he ever envisioned sequels to any of his films, he said he always felt “if there was ever going to be a continuing story about Jerry Maguire… it should be about the Tidwells.” The Tidwells, of course, are Rod and Marcy, the couple played by Cuba Gooding, Jr. and Regina King. “From time to time, people have called up and said ‘We want to do a TV show of Jerry Maguire,’ and I’ll say, ‘You know, I think that story continues with the Tidwells,’ and they never call back. You don’t want to see Regina King do Marcy Tidwell? I’d do that in a second,” Crowe said.

More Tidwells: Regina King talked a bit about her Jerry Maguire memories (at my annoying behest) in our latest cover story about her directorial debut, One Night in Miami. She also talks about how Tom Cruise pranked her on set at a less-than-ideal moment. Here’s the podcast version. The Jerry Maguire stuff is at the 11:30 mark but you should listen to the whole thing — she’s Regina King: