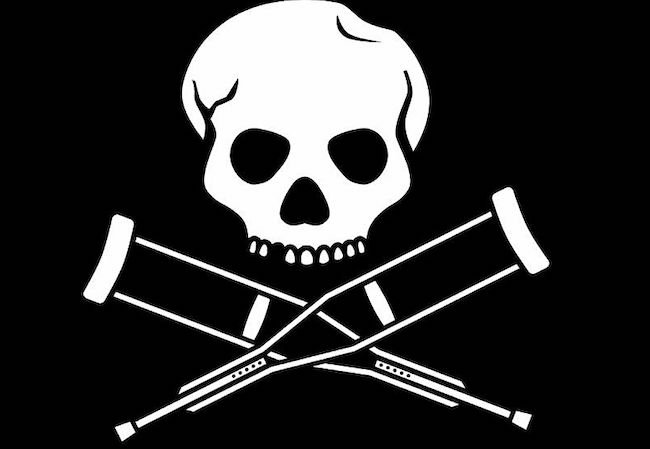 Johnny Knoxville reflects on doing Jackass stunts in middle-age; Stephen King names his favorite of his stories; is Ryan Murphy defanged? Plus: A French Dispatch update and Gen X gossip. All in today’s Movie News Rundown.

But First: Tomorrow is the last day to submit your film for assistance from MovieMaker Production Services, which can double your budget. You can learn more here.

A Jackass at 50: GQ‘s Sam Schube wrote a really good profile of Johnny Knoxville, and what it’s like to get deliberately attacked by bulls, among other Jackass stunts, when you’re half a century old. Jackass 4, his final Jackass, is out this summer.

AARP: The New York Times did a piece recently on AARP trying to appeal to Gen Xers with skateboards and TikTok videos, and they may want to give Knoxville a call. 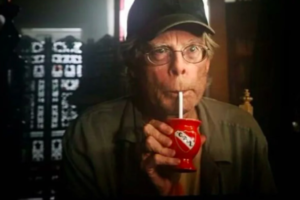 Stephen King Chooses a Favorite: What do you think is Stephen King’s favorite Stephen King story? I would have guessed “The Body,” the novella that became Stand By Me, but he says it’s actually Lisey’s Story. He explains here why he’s made the rare decision to adapt one of his own books to the screen.

New Festival Alert: The Nyx Horror Collective, a “community of diverse women creators who develop, celebrate, and elevate original, women-led horror content for film, TV and new media,” has just launched their inaugural micro-short film festival, 13 Minutes of Horror. It’s a 60-second film challenge for women horror filmmakers from around the world, and this year’s theme is folklore. It will take place from August 13-15 and include 13 official selections. NYX Horror is co-founded by Melody Cooper, Kelly Krause, Lisa Kröger, and Mo Moshaty and you can submit a film from tomorrow through next Friday, June 4.

Can We Go Back to Gen X for a Second? Whenever I do a “____ Alert,” it is 100 percent an homage to Sassy magazine’s Cute Band Alert, which is still a very funny idea.

Is Ryan Murphy Spread Too Thin? The Guardian has this interesting essay from Caspar Salmon, who argues that Ryan Murphy has been “defanged” by his new Netflix deal, which includes the frothy new series Halston, starring Ewan McGregor as the daring fashion designer who went very mainstream. “Just as JC Penney was a bad fit for Halston, Netflix is in many ways a bad fit for Murphy,” Salmon writes. “In seeking to provide content for the platform – as part of a $300m megadeal – Murphy has plundered recent history and gay culture for inspiration. The result is a series of shows that are superficially outre, but somehow defanged, like Halloween costumes designed for kids.”

May I Editorialize? I enjoy Ryan Murphy overall, and appreciate his John Waters and Bret Easton Ellis-like ability to employ beauty and ugliness selectively and strategically. At his best he artistically weaponizes bad taste. His recent shows may be too tasteful — Salmon takes issue with the “insipid liberal progressiveness” of newer Murphy projects, and he has a point here. I absolutely loved Pose Season 1, but bailed out on Season 2 when the show felt overwhelmed by trite gestures that seemed to seek the nodding approval of viewers who no doubt already agreed with all of its points. I’m not on the anti-Hollywood train, though. It was absurdly anachronistic wish fulfillment, but it was also very, very pretty, which is sometimes enough.

A Quick Caveat: Pure speculation here, but I doubt Ryan Murphy is the lead creative force on every “Ryan Murphy show” at this point. A lot of what he does now is discover and curate, giving everything an enticing Ryan Murphy sheen. But sure, if your name sells the show, of course you’re vouching for its content.

French Dispatch: The long-delayed latest from Wes Anderson will be in theaters Oct. 22, and commemorated that announcement this morning with the lovely GIF below. The film “brings to life a collection of stories from the final issue of an American magazine published in a fictional 20th-century French city,” according to Searchlight Pictures. The film will debut at Cannes in July and stars everyone you like.

Werewolves Within: Sam Richardson, great in supportive roles in everything from Promising Young Woman to Veep to MODOK, is the lead in the new werewolf whodunit from Vanishing Angle, which also brought us last year’s terrific Jim Cummings werewolf film Wolf of Snow Hollow and the recent Beast Beast. “As much as this movie is an homage to my love for Hot Fuzz, the Coen Brothers, and Arachnophobia, it’s also about the monster in all of us,” says Werewolves Within director Josh Ruben.