Film festivals require a strategy. It’s accepted as gospel among independents that a feature film is the result of dogged commitment to a singular vision. And it should be. Yet, once a finished project is ready to hit the festival circuit, many moviemakers discard the patient focus that enabled them to finish it in the first place, and submit to any and every film festival without much thought.

The problem is, desperation isn’t a strategy, and submitting to film festivals is not the same as buying up the most scratch-offs at your local 7-Eleven. Sure, some good luck can be a tipping point in your creative career—it almost always is—but the same careful deliberation that went into your artistic and financial decisions during production still needs to guide each of your fest applications. You owe yourself, and your work, at least that much.

So, if you’re not playing to win Wonka’s Golden Ticket, what are you playing for, exactly? When we at MovieMaker compile our yearly list of the 50 Film Festivals Worth the Entry Fee, we’re not spoon-feeding you a catch-all answer to that perennial question, but setting the table for you to find the answer yourself. For one submitter sitting at that proverbial table, an ideal film festival audience consists of a few industry decision-makers; others are seeking film festivals made up of thoughtful, engaged cinephiles; and for some, the perfect fest includes a group of professional peers with whom you can bounce ideas.

Already know which film festival audience is yours? Great, dive into this list. Don’t? Figure it out first and come back later—we’re not going anywhere. On the day you do get an invite to fest with the best of ’em, the door will open to a wealth of benefits—networking summits, intimate retreats, high-stakes pitch sessions, competition (both fierce and friendly), and last but never least, comped travel and lodging. As ever, we score each of the selected film festivals that follow based on how well they deliver those things and much more. While some we’ve chosen don’t include all of the above, the overall experiences they offer have earned our vote of confidence. We believe they’ll earn yours, too. —MM Editors

The venerable Ann Arbor festival leans heavily on submissions for its programming. Last year’s program included 141 films (out of 2,766 submissions) and only two by other means. The oldest avant-garde and experimental film festival in North America, Ann Arbor excels in attracting appreciative audiences and connecting filmmakers with one another. Each year the festival introduces new works to such filmmakers as Lawrence Kasdan and Ken Burns, who funds the festival’s top award ($3,000). Centered at the historic Michigan Theater, the festival features intriguing intermedia salons, workshops, performances, installations, and panel discussions. Ann Arbor creates filmmaker video interviews that are shared on Vimeo and via the city’s online and social media channels. Recent distributors in attendance included sixpackfilm, Carte Blanche and Kino Lorber. The 2019 festival included the world premiere of Loretta Fahrenholz’s Two A.M.

With more than 8,000 submissions received, the Atlanta Film Festival is a heavy hitter in the Southeast. High-visibility distributors include Turner Films, Focus Features, Bleecker Street, Magnolia Pictures, Showtime, AMC Networks, Sundance TV, and HBO. Showtime recently picked up Weldon Wong Powers’ It’s A Party at the festival. With Georgia at the forefront of tax-incentive-friendly deals for filmmakers and a major center for filmmaking, there are industry events such as panels, workshops, masterclasses, seminars, and demos. At the most recent festival, half of the programming was directed by women, and 40 percent of programmed films were directed by people of color. Award-winning narrative, documentary, and Georgia-based films receive $1,000. A creative conference includes masterclasses, which have featured such people as Jason Reitman, Romany Malco, Chris Tucker, and Amber Nash. The Screenplay Competition and Screenwriter’s Retreat provides winners the chance to work with mentors on polishing scripts.

Set in one of the most welcoming cities in the U.S., Austin Film Festival is a terrific showcase for any moviemaker looking to maximize their work’s commercial potential and kickstart a career. AFF is a networking juggernaut. Major distributors come not just to make deals, but to sit on festival juries with successful directors, screenwriters, and actors. Having your film selected by AFF means you’ll have PR firm Sunshine Sachs to bring attention to your work. AFF’s focus on screenwriting also makes it a perennial hotspot: Their Writers Conference is the largest convergence of screenwriters and media storytellers in the world, which, as Film Competition Director Rob Gonzalez explains, “consists of more than 175 panels, workshops, and roundtable sessions, all designed to help and inspire moviemakers at every stage of their careers.” 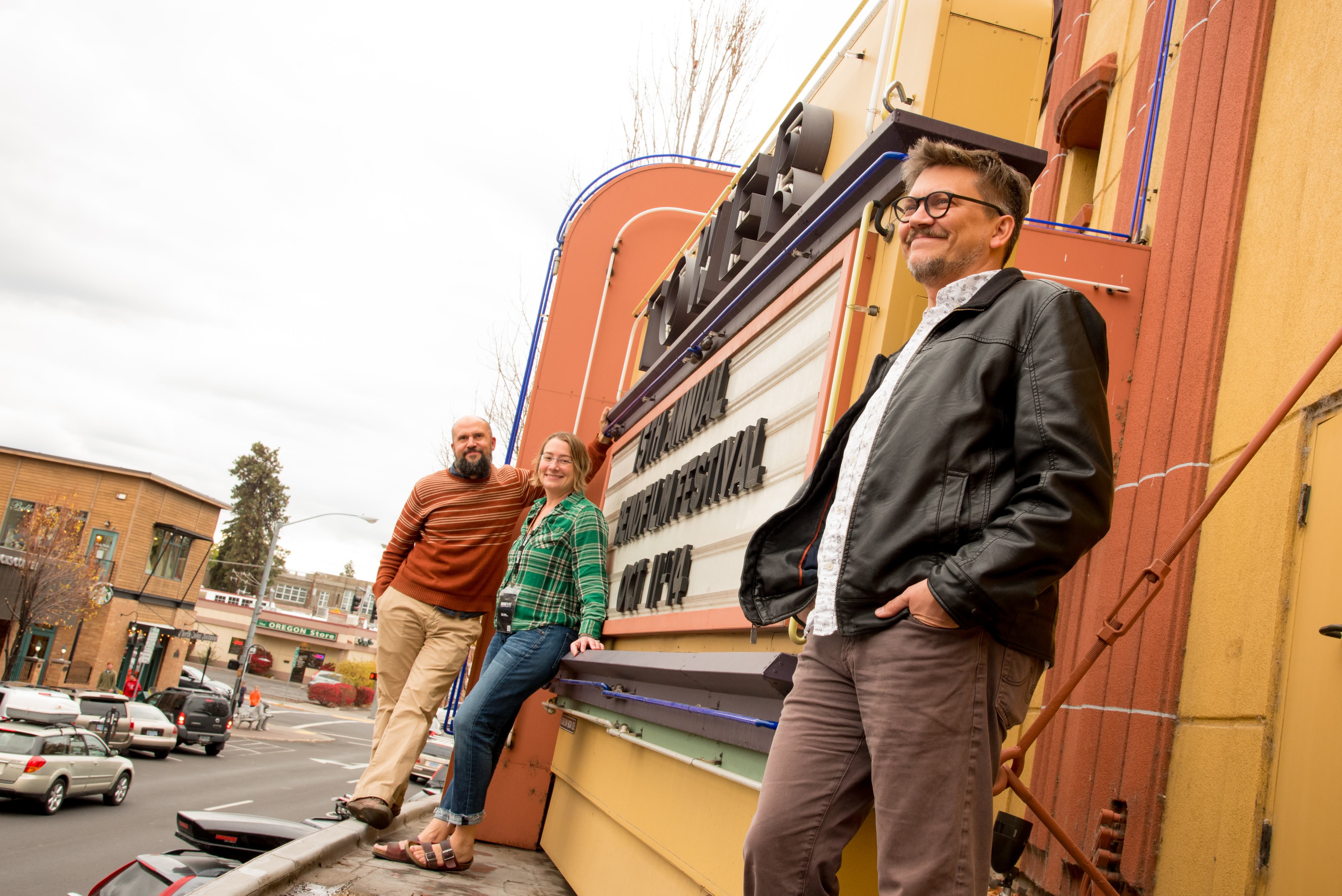 Bend’s unofficial motto of, “Be Nice. You’re in Bend,” captures the laid-back vibe of BendFilm, where the festival’s small size makes it easier for first-time filmmakers to hang out with more established veterans at a level that is impossible at larger festivals. BendFilm’s best-of-show prizes are awarded $5,000. Panel discussions get into the details of filmmaking. Past topics have included the art of the pitch, first features, and navigating the unknowns of documentary storytelling. Bend is known for its craft beer, and said beer plays a role—at the filmmakers’ lounge and elsewhere. In the 2018 competition program, 50 percent of the films were directed by women. Reps from Fox Searchlight Pictures, Factory 25, and Amazon Studios attended. Highlights included Skye Borgman’s Abducted in Plain Sight (Forever “B”) which has garnered attention on Netflix and got strong reviews.

Co-founded by Geena Davis and Trevor Drinkwater, this festival focuses on diversity. The submission process includes “a diversity and inclusion qualifier questionnaire” that promotes gender parity, diversity, and inclusion. Educational and networking events include the Diversity and Inclusion Summit, a Geena & Friends event, and a filmmakers’ retreat with workshop and industry panels. Distributors Paramount, Lionsgate, Universal, MarVista, Samuel Goldwyn Films, and Lifetime have made the trip to Bentonville. Located in Walmart’s hometown, the festival is supported by the retail giant and Coca-Cola. Recent screenings include Jenna Laurenzo’s Lez Bomb (winner of best narrative in 2018) and Marianna Palka’s Egg. The 2018 festival saw more than 1,000 submissions with programming of 130-plus features, shorts and episodics.

With almost all programming coming from in-competition submissions, the Brooklyn Film Festival pays close attention to first and second-time filmmakers. The festival provides feedback for all submissions and attracts a herd of distributors, with 31 turning out for the 2018 festival, including reps from Oscilloscope, PBS, and HBO. Award winners receive products, services, and cash, which totaled around $50,000 in 2018 ($4,000 in cash awards). Pitch sessions let filmmakers make their cases to industry pros. The festival reports, “Virtually every film that is shown at our festival sooner or later gets offered some sort of a deal.” In 2018 Bram Schouw’s Brothers received its U.S. premiere at the festival and earned Schouw the Best New Director honor.

This festival is not about the prizes, since there aren’t any. Rather, it’s about making connections, reveling at myriad fun events, and basking in the fact that a film was selected from more than 1,000 submissions. While some festivals avoid the “red carpet/glitz thing,” this festival points to its gala events with pride. As the organizers explain, “BIFF prides itself on its amazing networking events, parties, and social activities every day of the festival.” In 2018, Ken Locsmandi’s Beyond White Space, Antoine Le’s Followed, Robert de Young’s Tarzan Revisited, and Jesse Low’s Wild Faith were all picked up for distribution.

Spanning 12 days, the Calgary festival, an Oscar-qualifying event for short films, has experienced dramatic growth, with 2,700 submissions last year. The Behind the Scenes events cover a range of topics. This audience-focused festival programmed 178 films last year. Each of the three bests (overall short, documentary, and Alberta short) take home $2,500 in prize money. Special attention is paid to first-time filmmakers, and visiting helmers can attend industry hubs and experience dramatic scenery featured in such films as The Revenant and Fargo.

Continue for more of MovieMaker‘s 50 Film Festivals Worth the Entry Fee, 2019