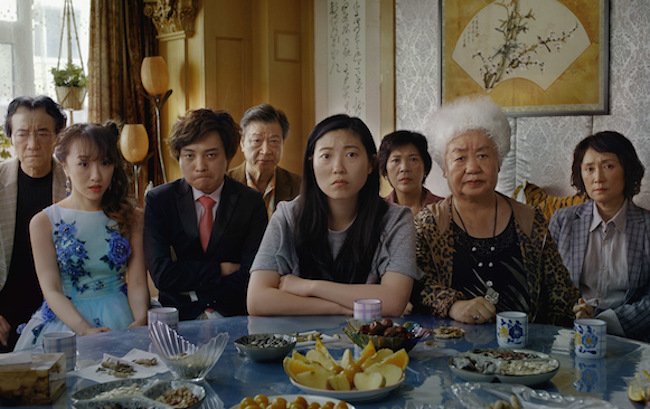 Lulu Wang is the writer-director behind The Farewell, which follows a Chinese-American woman as she returns to her family’s homeland to say goodbye to her grandmother—who doesn’t know she’s been diagnosed with cancer. These nuggets of advice, filtered through personal experience, come from the director’s moving speech and subsequent panel conversation last month during the 2020 Miami Film Festival’s Knight Heroes presentation, which highlights prominent new voices in cinema.

Lulu Wang on What We Get Wrong About Diversity

During her touching and illuminating speech, Lulu Wang discussed how personal understanding of what it means to be a hero or a villain became more intricate through the making of The Farewell, which prompted her to confront her family’s decision not to tell her grandmother about her illness, and her own sense of individual freedom and truth. She gained new worldview from seeing the same issue from someone else’s standpoint, and that’s precisely why she believes in the importance of inclusion in media.

“The thing we get wrong about diversity and representation is that it’s not about gender or sexual orientation, or the color of our skin, it’s actually about perspective. We need diversity because we need an array of perspectives,” she said.

“Perspective is why we travel. With more understanding comes more empathy and less fear. The other falsehood is that the push for diversity is primarily for those who are underrepresented, because it means women and people of color can finally get the jobs they deserve. But no, it’s actually about hiring people who have the perspective to center a different kind of protagonist or hero than what’s been presented historically. It’s not about how we look on the outside. It’s about perspective. But the truth is how we look changes our lens of the world, how we look and where we live looking that way creates different perspectives for a multitude of reasons.”

When asked about the complications that come with trying to make others understand your vision, Wang unpacked a particular screenplay note that made her question her approach to certain scenes and that evidenced the cultural divide between her and her producers. Through the process she eventually found a way to bridge them.

“Once I had these partners, producers and people who were financing the film, give notes that I disagreed with, that was really hard to navigate. I had to differentiate what were story notes, because these are Academy Award-winning writers and producers, and what were cultural notes,” she said.

“Sometimes I’d get these notes and I’d feel unseen and like they weren’t getting something, but I can’t just be like, ‘You don’t get it.’ And I also have to be respectful to them when it is a story note because also at the end of the day I am making a film for an audience outside of my family. They also have to understand. So, is there problem in my way of communicating it because I’m making assumptions about what people should know and they actually don’t? Or is it their ignorance? And how do I bridge that and how I do use that to make the story better?’

“It took a lot of communication. I talked to a lot of filmmakers who are friends of mine, women of color directors, and said, “Have you ever gotten this note? How have you dealt with that in the past? This is what I’m trying to get at, do you understand this?”

She added: “One of the notes was, ‘They eat a lot. Everybody in the movie eats a lot. Can they do anything else but eat?’ And I was like, ‘What would they do?’ They said, ‘Maybe they go for a walk.’ Why would 12 people go for a walk when grandma is dying? That doesn’t make any sense.”

“They were like, ‘Can they go to a marker? It’s China, it must be colorful.’ There’s this idea of what a cultural movie should look like, and I was like, ‘But they have a maid who goes to the market? Everybody has help in China.’ That’s also very different. In America you only have that if you have money, but most people in China can afford to have help. So all these kinds of things were such a big battle, and they said, ‘We are worried that people are going to get bored if every scene is a bunch of people sitting around a table talking around food.’ And I was like, ‘I hear that.’”

“I don’t think that’s a bad note, because production value is important in a film. That note helped me to say, ‘How do I differentiate these eating scenes visually so that they are different, so that they mean different things? And so that each time we come back to people, the audience, not unlike my producers, aren’t going to roll their eyes and be bored by it?’ The other suggestion I finally made was, ‘Why don’t we just go to China? You have to come and see it. Then we can keep talking, because maybe there’s something I’m not communicating.’ Literally by the end of the second day they were like… ‘Oh, I get it!’ Once they were in that space they were, ‘Of course they aren’t going to do anything else but eat.’”

“Then we also ended up using the food as a source of tension because when you go back to China to visit family, grandma giving you food is a source of love. That became a source of tension for me, because to express your love back, you eat her food, but if you are feeling grief, if you are lying to her, you don’t have an appetite. You have to be like, ‘I’m fine,’ because if you don’t eat grandma’s food she’ll be like, ‘What’s wrong?’ We used that to play with tension. That’s one way of how you take that note and unpack it with different cultures and different perspectives. You do it in a respectful way, so you can take that note from those producers from a different background, everybody learns from it, and ultimately makes the film better.”

Lulu Wang on Portraying One Particular Place in The Farewell

With The Farewell, Wang didn’t romanticize China for a Western audience. Aside from the buildings that define the grandmother’s neighborhood, which become symbolic in the film, lighting was another crucial element of her cinematic language.

“I didn’t grow up watching a lot of movies about China because there weren’t a lot from America. I might have seen Wong Kar-wai, but China is a really big place and places within it are very different. It was important that we created an aesthetic around this neighborhood, around this setting, that was specific and authentic but still an aesthetic,” she said.

“What I mean for example is that Wong Kar-wai’s films are often period pieces so there are a lot of fluorescents on the street and it’s really beautiful, but there’s a lot in China that, from a Western point of view, might be seen as ugly, such as fluorescent lighting inside of the homes. For us going back, that’s part of the discomfort, being in a very brightly lit room with overhead lighting, which contributes to the sense of tension in a story about lying to my grandmother. But at the same time it’s warm, and so my DP [Anna Franquesa Solano] and I really wanted to figure out how to capture the florescent lighting authentically because it is such a characteristic of that place — but doing it a way that still held the tension but that was loving.”

Wang continued: “This is very technical, but when you light a fluorescent what it does is it makes everybody look green, and it makes them look dead, and so we were trying to figure out how you could feel the fluorescent light in the room but still make the skin tones feel warm. That’s one example of making the set a character in the movie.”