Yes, That Chuck Norris Tweet Is Real, and No, He Was Not at the Capitol 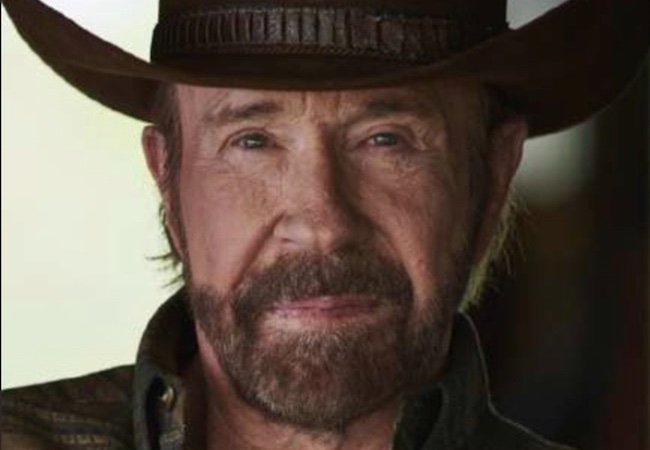 Chuck Norris was the focus of Twitter’s collective rage Tuesday when video emerged of a man who looked a lot like the action star at the U.S. Capitol riots.

Internet sleuths, noting Norris’ conservative leanings, extrapolated that Norris had been on hand for the violence.

A tweet from Norris seemed to douse some of the outrage, but then Twitter sleuths noted that @chucknorris didn’t have Twitter’s blue check of authenticity. What if it was a pretend Norris, trying to save the reputation of the real Norris?

Nope again. A rep for Norris confirms to MovieMaker that the actor was not at the Capitol, and that he did indeed tweet as much — and that he believes in “Law and Order.” Here is his actual tweet:

I recently learned there was a Chuck Norris lookalike at the DC Capitol riots. It wasn’t me and I wasn’t there. There is no room for violence of any kind in our society. I am and always will be for Law and Order.

“I recently learned there was a Chuck Norris lookalike at the DC Capitol riots. It wasn’t me and I wasn’t there. There is no room for violence of any kind in our society. I am and always will be for Law and Order. Your friend, Chuck Norris,” wrote the actual Norris.

The tweet below shows the Chuck Norris lookalike on the left. Some people online are still convinced that Norris was at the riot, despite his assertions to the contrary. But some of these people are the same people who believed President Trump won the election despite all evidence, denials from Republican voting officials and rulings by Republican judges.

I have no doubt Chuck Norris is MAGA but this guy isn't him. Very good lookalike but too young. pic.twitter.com/kD8bXNRzlW

Norris rose to fame for battling his real-life friend Bruce Lee in The Way of the Dragon, before appearing in a series of action films of his own, most notably the Missing In Action films. He later became the star of Walker, Texas Ranger, which became a pre-meme-era meme thanks to Conan O’Brien.

Why did the Internet latch onto the Norris insurrectionist myth? Perhaps because we love to defile sacred cows, and testaments to Norris’ feats of strength were one of the Internet’s most beloved memes a few years ago. (There is at least one database of online Norris jokes — “The Internet Chuck Norris Database” — which includes everything from “The quickest way to a man’s heart is with Chuck Norris’ fist” to “Chuck Norris can divide by zero.”)

But the case of the lookalike is more evidence that solving mysteries during the Internet is hard, and perhaps not a good idea.