How They Did It: Snakes & Mosquitoes in Raw Cut, Mining for Ruby

Writer Daniel Ponickly and director Zoe Quist have had an action-packed year, with not one but two movies opening this weekend. With indie thriller Raw Cut and rom-com Mining for Rubypositioned on such opposite sides of the genre fence, we asked the pair to recount a tale from the trenches on the making of each of the features.

Moviemaking is hard work. Maybe that’s what makes it so damn       satisfying. Any scene, any shot, just by virtue of its being complete should be considered a success. No matter how easy or difficult it is technically to pull off; no matter if it’s effects-laden or practically done; whether ceiling tiles float down as the camera sweeps by in a shot that takes a hundred people to complete, or it’s a Steadicam shot that takes you down through the back of the Copa, all the way up to a front-row seat with a guy drinking a cup of coffee, staring at his hat—they’re all hard.

But, to be fair, some are harder than others.

This is the story of our most difficult shot. We (director Zoe Quist and writer Daniel Ponickly) both also starred in and produced the movie from whence this shot came: Raw Cut.

We filmed the movie in 10 days in Wyoming in two locations: a lonely cabin in the tiny town of Dubois, and Yellowstone National Park. Believe us, after spending hours hiking with a 200-pound mirror, camera gear, food, water, and make-up, any shot was a miracle to get. But to make things extra challenging (and if you’re not up for a challenge then you’re in the wrong business here), we decided to shoot one pivotal scene continuously, while hiking along a mountain.

This was already after our sound guy had already fallen off the mountain. OK, that might be a tad dramatic; he only tumbled down a 30-foot slope. Still, this meant he wasn’t with us on our big day because he was busy nursing his wounds back at base camp, unable to get back up the mountain.

So, to review: a steady, continuous, six-minute shot, heavy on dialogue, without a sound man, with the camera operator carrying the boom while walking backwards down a rocky mountain hiking trail. Great, let’s do it!

The first thing we had to do was figure out how Zoe and our DP (Dan Clarke) were going to get down the trail without killing themselves. Daniel and Chris Kelly (the actors) were walking forwards in the scene, so they were safe. Their main concern was timing – making sure that they didn’t rush the operation and shove everyone backwards. Because the path was so narrow and our crew was so small, we placed our D.P. a few feet in front of the actors (we did not have a Steadicam) and had Zoe guide him down with a hand on his back. Our camera operator-turned-sound man (Joe Van Auken) was walking on the edge of the trail, somehow in-between and off to the side of Zoe and Dan.

As it was approaching the end of the day and we were losing light, we decided that we would just shoot the rehearsal and maybe get lucky. We did not get lucky. Beyond the obvious precarious conditions of walking backwards down a rocky trail, there were also pesky necessities like “keeping the actors in frame” and “pulling focus.” Our whole unit had to move slightly faster than a snail, while maintaining proper spacing for the entire six minutes. It was a true danse macabre.

So we tried again. Sometimes you do this; sometimes you set yourself a challenge that pushes you creatively, technically, physically, mentally, and spiritually. We do these things because they make us better, because we then get to tell the stories of our glories, or better yet, get to see the results. And even if no one’s ever the wiser, we know that we succeeded.

And we did succeed. On our fourth take. On the third take we finally turned our DP around; still guided by Zoe, Dan walked forward down the mountain, looked into the view-screen, and operated the camera as you would drive in reverse. That third time he got the hang of it, and then the fourth time we got it.

Now, we wish we could say that it was perfect, but no. Around minute five there’s a little shake, and we had to cut away to a reverse on the actors coming down the mountain with a close-up of the shotgun they will use later that day. It actually adds a nice touch of foreboding that helps the scene, but still–a five-minute continuous shot down a rocky mountain trail is something to be proud of.

The Glamor and Tribulations of Tundra Filming: Mining for Ruby

Mining For Ruby was the second film we shot on location. This time we found ourselves in the heart of Alaska, 100 miles south of the Arctic Circle in Fairbanks. Summertime in Alaska brings with it a great splendor of color, light, and a general feeling of rebirth. During the summer solstice, the sun doesn’t set, and one of the greatest things to do on that night is to watch or participate in the Midnight Sun Run. The race gets under way at 10 p.m. and it stays bright and sunny all night long. But even before and after, the sun hardly breaks the horizon, and farmers generally get two or three yields on their crop because of the magnificent sun. Yes, the sun brings many great joys to Alaska.

Great, big, hungry, nasty mosquitoes. Everywhere. The eggs lay dormant all winter long and they hatch with the flowing waters and warming earth of spring. The joke is that they’re Alaska’s state bird—but no bird was ever as tormenting.

It was just our luck that waterways—streams, rivers, and creeks—were a central filming location for Mining For Ruby. There was no way around it: We were getting into the creek.

Now, you don’t have to directly be in a wet, watery, area to feel the mosquitoes. We shot our first week downtown, but already they were out. In droves. Dusk was the worst time. The little bloodsuckers were hungry and there was no getting around them. The Deet mosquito repellent we’d started using kept escalating in strength. “Basic” became “Back Woods,” which became “Industrial,” which became “Nuclear.”

And we hadn’t entered the creek yet.

A meeting was held and we decided to bomb the creek location early in the morning, before any cast or crew arrived. The task fell to our locations manager and his crew. Every morning for a week they went down to the creek. By afternoon we became a Las Vegas all-night buffet. Even burly teamsters and grips—guys who would wade through the still frigid waters without a squeak—could be seen swatting through the air and cursing like psych ward patients.

During a set visit by a local reporter, one of our actresses, Carrie Baker, spent a few minutes being interviewed. Of all the great things she said about the production, how happy she was, what a great experience she was having (all of it true…we hope) what was the headline in the paper the next morning? “This isn’t Hollywood, it’s a mosquito-ridden hell!” 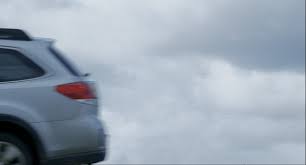 There is no hiding from the mosquitoes in the wide shots.

If you look closely enough at the film’s driving sequence, you can see an actual swarm of mosquitoes following the car as a character drives off. People were wearing face masks and nets. We slathered on the Deet, that highly toxic substance you don’t want to get on you—the one pregnant women shouldn’t be in the same room with.

The problem: How do we get those beautiful close-ups of our actors without a mosquito being in frame? Or, worse yet, how to protect those beautiful faces from being bit, and subsequently ruining future shots?

The answer: miniature portable smoke machines. One placed at the talent’s feet and the other mounted on camera. This trick saved us in the close-ups.

After that week in the creek, we went back downtown, and this time the city skeeters didn’t seem so bad. We were out of the thick of it, safely back where a spray of repellent would grant you a 10-minute window of bug-free heaven.

And back to that sun. It literally never gets dark. Golden hour lasts for several. A lush, golden light, that paints itself over the actor’s faces. Gorgeous, breathtaking, perfect—until you want to shoot night. We wanted to keep the authenticity of north in the summer, but also somehow show the audience it was nighttime. We tried filters, blackout curtains—all the traditional tools of the trade—but none of it felt right. At that point we might as well have been filming Louisiana for Alaska.

Jack (Daniel Ponickly) gets blasted by the merciless 4K.

We finally hit upon the idea that we would make daytime even brighter, blasting lights into the cabin where our lead was trying to drink himself into oblivion, and leave the night as is. It would be painfully bright outside the windows, with the only refuge being the dark cabin, and as night fell, so did the grip.

We thought we wrapped the Alaska production the night before summer solstice, when our editor, Danya Joseph, called to say that a pivotal, earlier sequence wasn’t going to cut it. Furthermore, we could not reshoot it, because we had already wrapped one of our actors, and she’d gone home. What to do? Write yourself out of the corner. Danya told us what she needed, and Daniel found the words. The new scene turned out to be one of our favorites. It’s a quiet moment when two characters get to expose their feelings in a very easy, organic way. It saved the footage and added another day into the characters’ relationship, and movie’s timeline.

But this is standard fare for films, right? You have to be prepared for any eventuality, and have contingency plan after contingency plan, and yet still have to improvise your way into a solution. And sometimes the thing you think is a gift will end up biting you in the butt.

Daniel Ponickly is an actor, screenwriter and professional ballroom dancer who began his career in New York City. His film credits include the cult-hit documentary Mad-Hot Ballroom, Mona Lisa Smile with Julia Roberts, and Mining For Ruby with Misha Barton and Billy Zane. His provocative scripts shaped Raw Cut and Mining For Ruby.

Zoe Quist, a classically trained actress, began acting as a child, before segueing as an adult into featured roles on hit TV series Seventh Heaven and CSI, in Steven Spielberg’s War of the Worlds, and leading roles in a number indie films, including If Tomorrow Comes, opposite James Franco. Quist transitioned seamlessly behind the camera as a filmmaker creating thought provoking and captivating films with Raw Cut and Mining For Ruby.

Ponickly and Quist have a number of upcoming films on slate under their prolific production banner Lock And Monkey Productions, which is based in Los Angeles. To learn more about their films go to lockandmonkey.com or follow them on Facebook or on Twitter.

All photos courtesy of the filmmakers.

Raw Cut hits theaters in Los Angeles on August 1 and on VOD August 5, and Mining for Ruby will be released on VOD August 1. To subscribe to MovieMaker Magazine, click here.