Woody Allen’s Memoir Is Cancelled, Apropos of Many Things 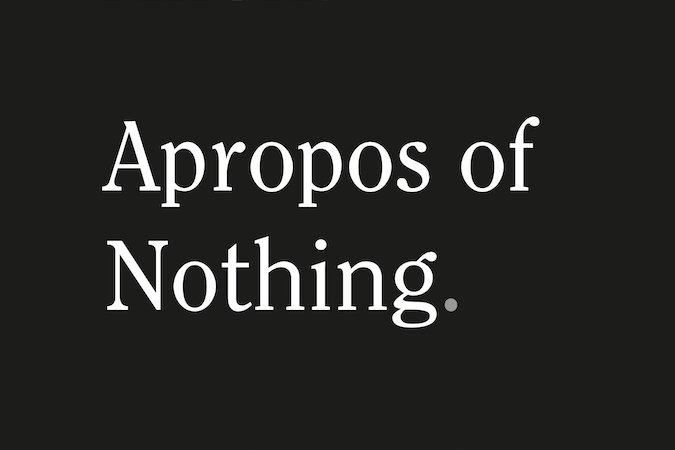 Hachette Book Group announced Friday that it will not publish the Woody Allen memoir Apropos of Nothing after walkouts by the company’s employees and protests by his estranged children —daughter Dylan Farrow and son Ronan Farrow, a Hachette author.

The book was originally scheduled to go on sale next month. Rights to the book will return to Allen.

“The decision to cancel Mr. Allen’s book was a difficult one. At HBG we take our relationships with authors very seriously, and do not cancel books lightly,” the company said in a statement. “We have published and will continue to publish many challenging books.  As publishers, we make sure every day in our work that different voices and conflicting points of views can be heard.”

Hachette added: “As a company, we are committed to offering a stimulating, supportive and open work environment for all our staff. Over the past few days, HBG leadership had extensive conversations with our staff and others.  After listening, we came to the conclusion that moving forward with publication would not be feasible for HBG.”

The announcement this week of Apropos of Nothing drew immediate objections from Dylan Farrow, who accuses him of sexually abusing her in 1992, when she was seven.

“Hachette’s publishing of Woody Allen’s memoir is deeply upsetting to me personally and an utter betrayal of my brother whose brave reporting, capitalized on by Hachette, gave voice to numerous survivors of sexual abuse by powerful men,” she said in a statement on Twitter.

Allen has denied any wrongdoing, saying that Dylan Farrow was coached by her mother, Mia Farrow, because Mia Farrow objected to his relationship with her daughter, Soon-Yi Previn.

Ronan Farrow blasted Hachette, which also published his #MeToo book Catch and Kill, for its decision to also publish the Allen memoir, saying he could no longer work with the publisher “in good conscience.” He said Hachette had concealed from him its plan to publish the memoir.

(Many, including Allen, have speculated that Frank Sinatra could be Ronan Farrow’s biological father.)

The final blow to the memoir came Friday, when Hachette employees staged a walkout in protest of the book.