Woods Hole Film Festival 2017: Where the Call of the Sea Is Matched By the Call of Cinema and Science

When Woods Hole Film Festival Director Judy Laster invited me to work for her 26th annual festival, I jumped at the chance.

As a Massachusetts native living in land-locked Kansas for the last six years, I was not going to turn down the opportunity to spend eight days by the seashore (without kids, to boot). Then, almost immediately, I fell in love with WHFF: the staff, the interns (shout out Hannah and Casey!), the town, the community, the filmmakers, the lobster tacos…

Woods Hole sounds like the name of a sleepy little seaside town, but—while most of the local businesses (and festival venues) line the picturesque Water Street—it’s a community where world-class scientific research, exploration, and education happens, at places like the Woods Hole Oceanographic Institution (WHOI) and the Marine Biological Laboratory. At times, it was hard to tell the difference between the hipster filmmakers and the youthful academics sauntering up and down the main drag, especially since everyone was in flip-flops.

Because of WHOI (or “hoo-ey,” as the locals refer to it), the festival has a obvious connection to the scientific. Audiences packed sold-out screenings of Chasing Coral (with a WHOI panel) and The Mars Generation (with a special guest, NASA astronaut Sunita Williams, who happily answered all of my inane questions, like “What’s the space hangover like when you get back to earth?”).

But WHFF also featured a huge array of international films, including the North American premiere of Jagveld (Hunting Emma); several world premiere films; narrative features including Seat 25 and eventual audience award-winner What Children Do; acclaimed documentaries like Charged: The Eduardo Garcia Story and Rumble: The Indians Who Rocked the World; and about 100 short films. The program was strong, well-rounded, and well-tailored for its community.

From my perch in the Filmmaker Lounge (stocked to the brim with Cape Cod Potato Chips, Cape Cod Coffee, and Cape Cod Rum) I had the distinct advantage of getting to know the many filmmakers who made the trek to Woods Hole, from next-door Mashpee, MA and Cape Town alike. Now, as a film fest professional, I know that the mark of any successful festival is what filmmakers are saying—and this was all positive. One day, over a lovely brunch, we all engaged in a frank but warm conversation about festival programming which was enlightening for filmmakers and programmers alike, and I think made us all feel just a little bit closer, understanding that we are all in this together.

My time at Woods Hole Film Festival felt like one of those dreamy summer vacation movies from the ’80s (maybe starring John Candy or Mark Harmon.) The festival is an intimate gem by the sea, where people have no agenda other than to gather together to experience incredible stories on screen, where you can hop the Steamship Authority and catch a ferry to the Vineyard for lunch and be back in time for the afternoon movie… and where you never feel guilty about ordering the lobstah. MM 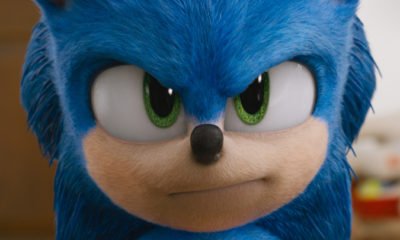