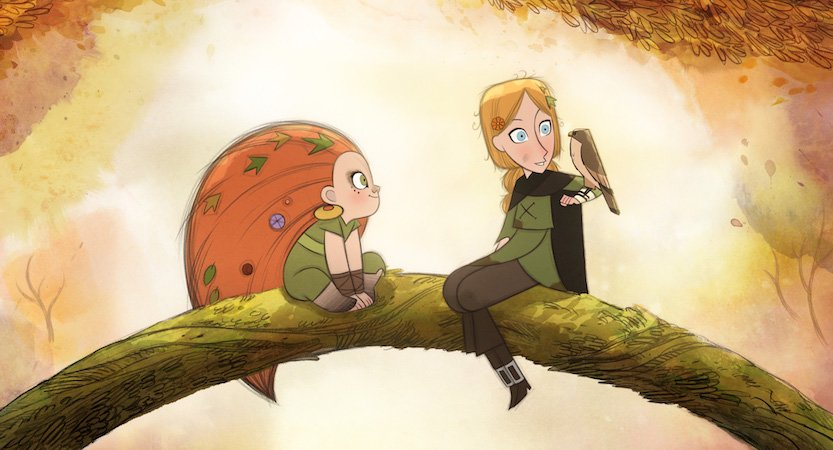 Wolfwalkers is a unique feat in animation: A majority of the animation was hand-drawn, either on physical paper or using computer illustrators, and the film uses 3D elements that mix seamlessly with what’s often called “2D” — though co-director Tomm Moore isn’t in love with the term.

“2D is the worst phrase ever. It’s hand-drawn. It’s not 2D. Everyone says 2D — I do as well,” Moore said in a Q&A Monday about the film. “It’s three-dimensional, sometimes it’s two-and-half-D for some of the Mosaic background characters.”

Moore and Wolfwalkers co-director Ross Stewart were on hand, along with many of their collaborators, to discuss the challenges they faced. The film, released in November on Apple TV+, comes from Irish animation studio Cartoon Saloon.

“I think that one of the challenges, was that even if we were drawing a lot from the original Cartoon Saloon film style, there was also clear intention to push it further, so in some instances it even got flatter than before,” said character designer Federico Pirovano. “For example, if you look at background characters, they are almost similar to Mosaics instead.”

Pirovano continued: “But, if you look at most of the characters, they often are a bit more two-dimensional than in previous movies. But at the same time we didn’t want to go fully two-dimensional. We spent some time searching for a balance between the two, where we had to decide arbitrarily which lines would represent a 3D volume and which others instead we would flatten, and make it perfectly graphical.”

Moore said the directors asked their collaborators to invest their own personalities into the story.

“The big ask we had of everyone was that they approach it as filmmakers, and bring something of themselves to it,” Moore said. “Each department was passing the baton creatively and trying to work toward creating something cohesive that looks like it was drawn by one hand.” 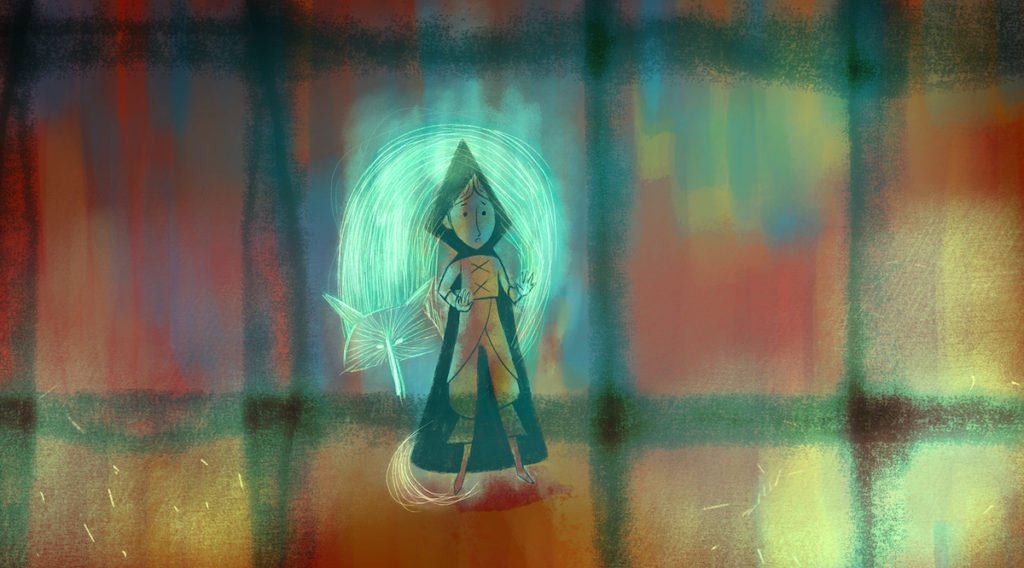 Exclusive concept art of the Wolfvision in Wolfwalkers. Wolfvision uses one of the three unique line styles in the film. Concept art by Flora Taverner / Courtesy of Apple

“Besides trying to get the characters looking bright, and like they’re being drawn by the same person — basically keeping it consistent, you’re worried about the lines. There’s two different line styles, plus the ‘wolfvision’ style, so there’s three different styles in there, so there were whole line styles that had to be created just for that. We had to get these flat characters and make them move in a 3D space as well … it’s a big challenge.”

Moore chimed in to explain that normally the clean line department would be “asked to be consistent with the line, whereas for this, we wanted a lot of variation and for them to think a little bit like comic-book inkers or picture-book illustrators, where their line would adapt depending on the mood of the character or the area and the environment that they were from.”

Wolfwalkers is currently available to stream on Apple TV+.

Gillian Anderson Was Almost Dropped by Her Agents Right Before She Landed The X Files
Unsolved Mysteries Examines What Happened to Chloie and Gage, Children Missing From a 2012 House Fire