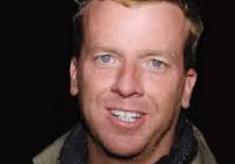 He has directed music videos for Sugar Ray, Cypress Hill, Sublime and Wyclef Jean… executive produced more than a dozen popular television series, including Supernatural, The O.C., and Chuck… and is the driving force behind the Charlie’s Angels and Terminator reboots. Not sure who we’re talking about? Joseph McGinty Nichol, better known as McG, is the writer-director-producer behind some of this generation’s most popular franchises.

His latest feature 3 Days to Kill premieres next Friday, February 21. It stars Kevin Costner as a dying Secret Service Agent trying to reconnect with his daughter (Hailee Steinfeld). Love him or hate him, here are McG’s six golden rules of moviemaking.

1. Make sure the actors know what they are signing up for. At the end of the day, they are the ones in front of the camera. Altman was right: 90 percent of directing is casting. Actors are the living, breathing expression of what you’re trying to achieve. Make sure you are in lock step.

2. Be prepared. There will always be the artistry of the day, and the absolute need to improvise, adapt and overcome. But the better prepared you are—the more clear your vision of the film—the more likely you will be to achieve that vision.

3. Be ready to endure immeasurable difficulty. I would suggest watching Hearts of Darkness on the eve before principal photography. If Coppola can withstand firing #1 on the call sheet, losing helicopters to fight the rebels, typhoons and Martin Sheen having a heart attack, you should be able to deal with whatever shit will come at you.

4. Always acknowledge the best idea. Great ideas come from night watchmen, grips and Teamsters. It should be presumed that your vision of the film is strong; it will only contribute to your command of the material if you are able to incorporate new and superior ideas. A film is a living, breathing thing. You need to go in prepared, listen to the rhythm of the process, make any adjustments necessary, fight like hell to get them done (because everyone is going to regard change as a pain in their ass) and continue to drive toward the singular vision of the film.

5. Be proficient at every job. If you were a rock n’ roller and your name were Prince, there is incredible power in being able to look at your bass player, keyboard player, drummer and have them all know you can do it better. Fincher can make this claim. We should all aspire to be so accomplished.

6. Every filmmaker should aspire to have a signature. It is art, after all. Make your statement. MM