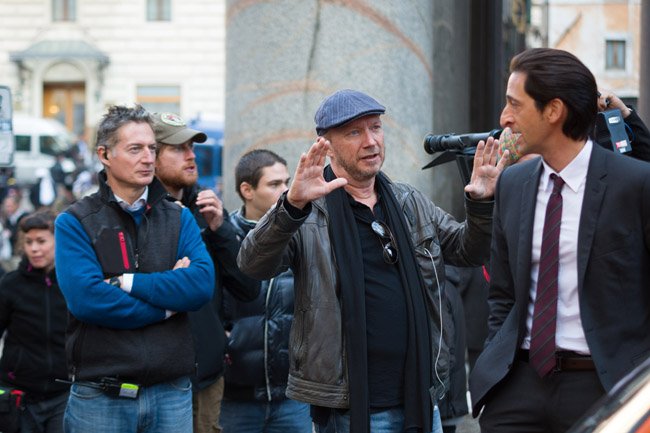 Today, on Wisdom Wednesday, Academy Award-winning writer/director Paul Haggis stopped by to share a whopping 55 critical moviemaking lessons he’s learned (our most ever!).

Inspired by the works of Hitchcock and Godard, London, Ontario native Paul Haggis immersed himself early on in art, fashion photography, and eventually film studies at Fanshawe College. After graduating, he relocated to Los Angeles, where he began a successful career as a television writer of such hit shows as The Love Boat, Diff’rent Strokes, and The Facts of Life. And even created series like Walker, Texas Ranger, Family Law, and Due South.

As a moviemaker, it was his adaptation of F.X. Toole’s Rope Burns: Stories from the Corner that solidified his status as a big Hollywood contender. The result was Million Dollar Baby, directed by Clint Eastwood and starring Eastwood, Morgan Freeman, and Hilary Swank. The film took home the Oscar for Best Picture (2004) and earned him a nomination for Best Adapted Screenplay. Then, as an encore, his gripping tale of racial and social tension in Crash (2005) would send him back to the red carpet for more. Not only did he receive the Oscar for Best Original Screenplay, but he became the first individual to write back-to-back Oscar Best Picture winners.

Since then, Haggis has continued his award winning ways, writing such works as Flags of Our Fathers, Letters from Iwo Jima, and Casino Royale. And directing In the Valley of Elah, The Next Three Days, and his most recent, Third Person, a romantic drama that continues many of the themes from Crash in an interwoven tale of love across continents. Here are his most valuable lessons.

Beyond the Gruesome Truth: Amat Escalante on Realism and Provocation in Heli
Capturing the Night: DP Christopher Blauvelt on Night Moves